The inhuman odyssey that families in Quito have to endure: there is no test for COVID-19 in Ecuador

In the South American country there are more than 17 million people, but only 0.8% of the population has had access to a coronavirus screening test
Share 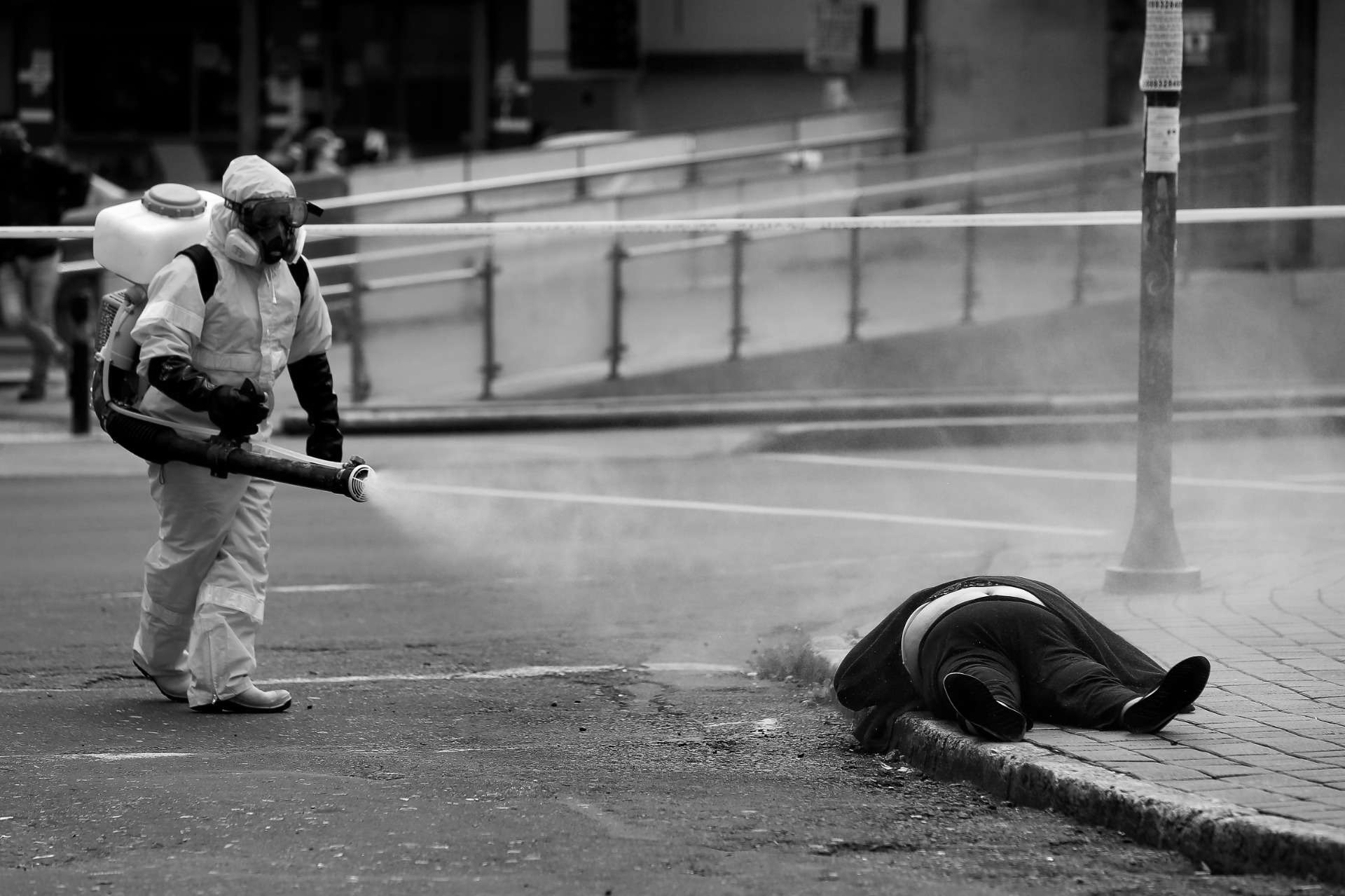 Ecuador registers almost 50,000 cases of COVID-19, but there could be thousands more, due to the lack of diagnostic tests. The southern country has been in a health emergency for almost three months, in which there have been massive outbreaks of family infections, some are in serious danger and many remain to be detected.

The situation is critical in Quito, because there are not enough supplies to process the results of the screening tests, since the only active laboratory is oversaturated and hundreds of people wait to find out whether or not they have been infected with coronavirus.

Some analyzes suggest that the Government of Lenín Moreno chooses not to test the population most in need, as a measure to hide the cases and the deaths from coronavirus. In simple terms: if a person does not test positive in life, then that person’s death cannot be attributed to COVID-19.

This drama is experienced by two families from the capital. Each of them denounced that they have 17 possible infections among their members, who present symptoms of the disease, but have not been able to dispel their suspicions since having a diagnosis has been quite an odyssey.

Even after repeatedly appealing to the authorities for access to a test, they have so far been unsuccessful.

In statements to the EFE news agency, Nicol Márquez, a member of one of the affected families, indicated that she has the symptoms of the virus, as does her husband, who lost his sense of taste and smell and is in a more serious condition.

A doctor who treated her in a specialty center of the Ecuadorian Social Security Institute (IESS), «did not even check her when she found out that she had had a fever for four days», and she simply issued a request for the test, but «already 10 days have passed and no one has called», denounced the woman.

On a subsequent visit to an IESS hospital, they performed a CT scan and doctors determined that the lung was affected. However, on that occasion they did not perform the COVID-19 test, nor did they leave her hospitalized, using as an argument the fact that there were no beds available.

Anguished, Márquez told EFE that both she and her husband, son, in-laws and brother-in-law, who live in the same house, suffer from the symptoms of a disease that in Ecuador has claimed the lives of almost 4,000 people. In addition, there are more than 2,600 deaths as probable cases of coronavirus, which so far have not been confirmed.

The situation of Márquez’s family may be even more serious, since eleven other members of her family, who live in adjoining houses, are also in the same condition and have similar symptoms.

The woman recalled that when the pandemic began, the authorities set up a special telephone line for COVID-19, but that when she called for help, she did not receive any attention.

«They told us that due to the number of people, we should call 911 and they, in turn, replied that they were not authorized to deal with these cases», she said.

After multiple calls and requests, a group of officials from the Ministry of Health finally came to her home to verify the state of her family.

«They only took our pulse and reminded us of the hygiene measures that we must carry out and nothing else», Márquez said between sobs over the death of a political relative of her husband, who had died the same day of the interview with EFE.

In the family nucleus of the deceased woman, who lives in the same sector of Quito, a case of COVID-19 could be confirmed, because they all collected money to be able to do a test in a private laboratory.

The case reported by Márquez is not isolated, since another similar one was reported in circumstances and number: that of the Cuesta family, who reside in the Carapungo neighborhood.

Members of this family also called the COVID-19 line and no one answered them, while at ECU-911 they were told that specialists would come to their home, but after weeks none of them have knocked on their door.

Possible coronavirus infections include a three-month-old baby, a three-year-old girl, and a seven-year-old girl. Three of the adults presented symptoms and went to a nearby hospital, where one of them was admitted because his condition was severe and he was confirmed positive for COVID-19.

However, the rest of the members of this nucleus have not had access to a test and have had to resort to home treatments to confront the virus.

Their situation is also aggravated by the lack of work that prevents them from earning money to buy food.

«They said they have no tests (for COVID-19), they did not even want to make a follow up», Ibeth Cuesta, a family representative, told EFE after the Regional Foundation for Human Rights Advisory (Inredh) denounced her case.

Asked by the news agency about the case of the two families from Quito, the Metropolitan Health Secretariat said that this week the COVID-19 tests would be performed on the Marquez and the Cuesta families and that they would be contacted to coordinate aid.

Likewise, the Municipality’s Social Inclusion Secretariat, which makes donations to vulnerable people, promised to analyze the situation to provide them with food.

However, the Márquez and Cuesta families are in danger of suffering the same fate as the Ecuadorian journalist Paulina Carvajal, who, due to lack of timely attention, lost her parents, husband and brother in just five days, as a result of the coronavirus.

The lack of access to diagnostic tests for COVID-19 in Ecuador has caused alarm in the press and in the population.

Since the first case was reported on February 29, nearly 135,000 samples for the SARS-CoV-2 coronavirus have been collected, between PCR and rapid tests.

A very low number according to experts, taking into account that more than 17 million people live in that country, so that only 0.8% of the population has had access to a screening test.

The Government Minister, María Paula Romo, acknowledged the lack of capacity to do these tests and the «various inconveniences» that she has suffered at the National Institute of Public Health Research (INSPI), in charge of processing the tests.

The media have reported that the sale of rapid tests to detect COVID-19 has expanded in recent weeks in the country, despite the fact that the reliability of these tests is very low.

No supplies in Quito

The AP news agency reported that «the capital of Ecuador has more than 94,000 tests to detect COVID-19, but it does not have enough supplies to process them in the only laboratory with which it works with, which will also stop carrying out these analyzes».

The Quito city council also faces an additional challenge: preventing those thousands of tests from expiring in early October.

Through an agreement, the municipality agreed with the laboratory of the Institute of Biotechnology of the Central University to process the samples, but so far less than six thousand have been analyzed.

The director of the Institute of Biomedicine of the Central University, Lucy Baldeón, informed AP that «the laboratory is closed and so far we have not received anything from the municipality, we stopped processing the samples and we cannot do anything else».

She stated that «it was a technical failure of the municipality that did not calculate well what the capacity was and how much could be processed, they had no idea or any technical advice».

In that laboratory, in the last two weeks, the technicians have worked with materials obtained because a collection was carried out in the different faculties of that educational center, after the municipality did not meet its requirements for inputs to process the tests.

In this regard, Councilor Bernardo Abad denounced the lack of planning and ineffectiveness of the regional government. “We have the tests and we cannot carry them out. It is terrible, tests were bought but they were not prepared in the municipality so that they can be carried out. That is called ineptitude».

«It seems to me that the energy was put into buying (the tests), in acquiring them, in receiving them, but the logistics to process the adequate number required by the city were not done», said councilwoman Luz Elena Coloma, quoted by La Razón.

Despite these complaints, President Lenín Moreno assured on June 10 that in his country «6,000 tests are carried out daily for COVID-19.»

The problem of hospital saturation in the Ecuadorian capital, where there are 4,650 cases of contagion registered, has been recognized by the authorities. In the second week of June, there were only 48 beds available, out of a total of 730.

In intensive care units (ICU) there are 234 beds, of which only a dozen were available, according to data from the Emergency Operations Committee (COE).

Quito, which has more than 4,700 infected people, entered an initial phase of easing on June 3, so its inhabitants stopped serving a rigorous quarantine, with only one exit a week to buy food and a curfew of 15 hours a day

Since then, the city has accumulated more than 780 infections, so the curve shows no signs of decreasing and the health crisis could worsen.

Despite the information bias of the Lenin Moreno regime, the world was scandalized when faced with the hell that Guayaquil lived, epicenter of the coronavirus in Ecuador, when between March and April its health system and funeral services collapsed due to thousands of positive cases and the subsequent deaths.

In that city, the lack of funds for public health, the absence of protocols for the removal of the corpses that flooded the streets, and even the loss of the deceased, whose relatives still do not know their final destination, were evident.

In an interview with EFE, the Health Minister, Juan Carlos Zevallos, assured that a similar situation is not expected in the Ecuadorian capital. However, in previous statements he went on to assure that «60% of the Ecuadorian population will be infected (…) We have to bear this reality in mind».