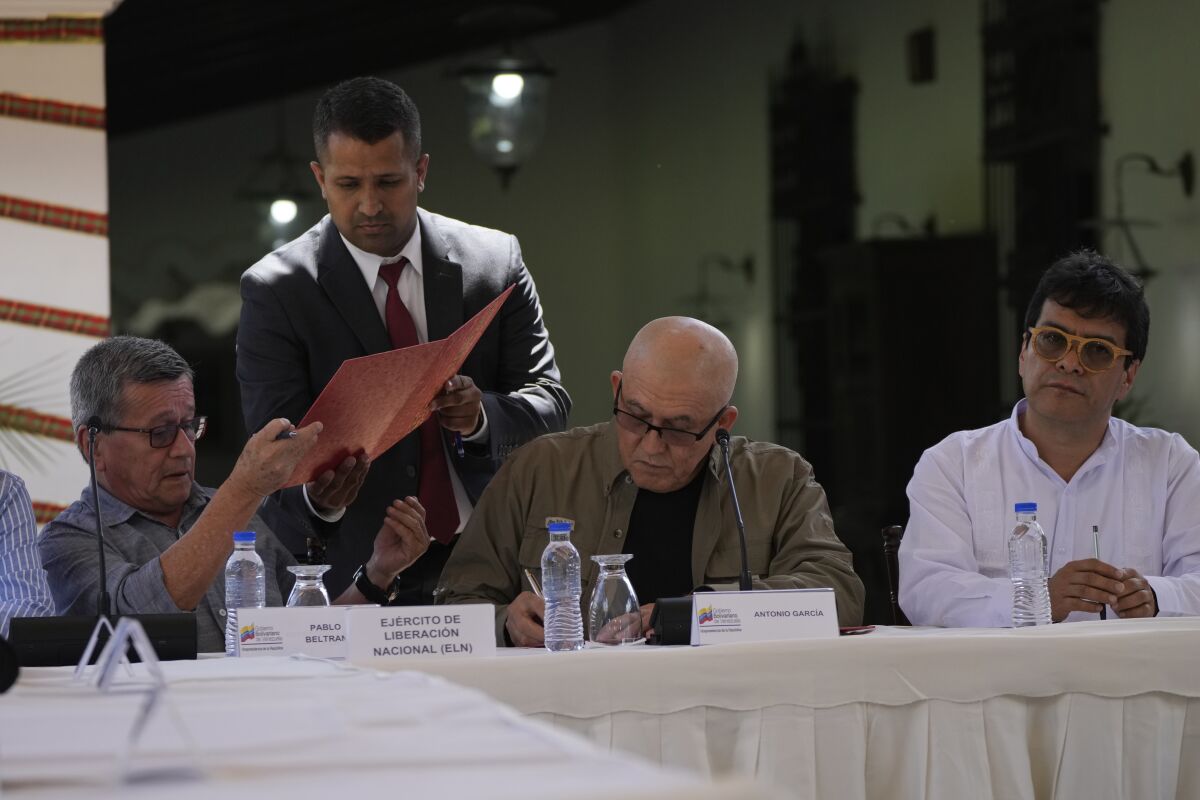 The resumption of the peace dialogue between the Government of Colombia and the guerrillas of the National Liberation Army (ELN), which has overcome several moments of uncertainty, reaches a new stage that is about to begin.

The entrance of Gustavo Petro to the Casa de Nariño has been essential to restart the talks, which were suspended for four years by the Government of Iván Duque.

This time, the parties have decided to resume the dialogue process with the aim of putting an end to the internal armed conflict, with an eye on the so-called «total peace», reports RT.

Since the beginning of August, after Petro’s assumption of power, both Bogotá and the ELN have expressed their willingness to sit at the same table to negotiate and achieve an end to lethal armed violence.

The guerrillas and Bogotá have held rapprochements and carried out actions of goodwill during the last three months, such as the release of soldiers held by the ELN and a ceasefire by the Government. These gestures have served to endorse the common interest of both parties to, step by step, pacify the country.

When does the dialogue start?

This week, Petro reported that the conversations will begin next Monday, November 21. Although he did not offer the final list of his negotiators, which will be released over the weekend, he did mention some names.

The discretion with which the matter is handled – pointed out by the office of the Colombian High Commissioner for Peace, led by Iván Danilo Rueda – is a «necessary» part of the preparation phase of the talks, so that the peace process with the ELN can be «successful».

In that sense, the members of the delegation must work «under the rule of confidentiality», stated the organism.Who would attend?

However, the Colombian Prosecutor’s Office reported on Thursday, «for reasons of general interest», that as of that day «each and every one of the arrest warrants, including those issued for extradition purposes», of 17 people, recognized by Petro as «authorized representatives» of the ELN to participate in the dialogue table, were suspended.

On the government side, Petro has confirmed the attendance of Otty Patiño, as chief negotiator of the governmental delegation. Patiño is a writer and former member of the April 19 Movement (M-19), the urban guerrilla organization that the president was a member of in the past.

The businessman, landowner and president of the Colombian Federation of Livestock Farmers (Fedegan), José Félix Lafaurie, will also be a negotiator, who, after being invited by Petro to the dialogue table, agreed to enter the talks. The Colombian president seeks that they can address «the intimacies» and «the tight spots» that are part of the «complexity of the process».

According to the Colombian press, senators Iván Cepeda and María José Pizarro, the peasant leader and militant of the Democratic Pole Alberto Castilla, the anthropologist Horacio Guerrero and Olga Lucía Silva could attend the dialogue. In addition, military personnel from the Armed Forces would also be present.Where and which countries guarantee dialogue?

The Prosecutor’s Office confirmed in its statement that the talks will take place in Caracas, Venezuela, where at the beginning of last October the Government and the ELN agreed to restart the peace talks.

Caracas is the venue for the dialogue after Petro asked Nicolás Maduro to be one of the countries, along with Cuba and Norway that will act as guarantors of the process.

In addition, as companions of the process are Chile and Spain, confirmed last October by Bogotá, and they will join the deputy head of the United Nations Verification Mission, Raúl Rosende.

How did the dialogues take place?

At the beginning of last October, an ELN delegation headed by Antonio García, the highest commander of the ELN, signed a statement in Caracas together with the Colombian High Commissioner for Peace, Iván Danilo Rueda, to agree to restart the talks.

The agreement implies resuming the progress of the agenda agreed in March 2016 —and suspended by the Government of Iván Duque after the ELN attack against a cadet school— and re-establishing the dialogue after the first week of November.

The process took its first steps after the arrival of Petro to the Presidency of Colombia at the beginning of August. A first rapprochement was achieved in Havana, Cuba, where a delegation from the Colombian Executive met with a negotiating party from the ELN.

In mid-August, Petro announced that the protocols established with the ELN chiefs, belonging to the negotiating delegation, were being restored and that the arrest and extradition orders against them were suspended, which meant a starting point.

Starting next Monday, both parties, who have declared their desire to achieve «total peace» for Colombia, will put their cards and interests into play. This process will define the future of a decades-long conflict that Colombians want to put an end to.

Petro has pointed out that the talks seek to close a phase in the history of the conflict, which means the end of what was «the armed insurgency in Colombia».

However, he warns that although the rebel group is not the only one that is active in his country, this dialogue represents «the beginning of the era of peace», which is not exclusively with the ELN, but must seek the demobilization of the ‘gangs’ that have emerged for other purposes, made up «of excluded young people, who are armed and killing each other».