The Pandemic leaves a worrying picture of school desertions in Puebla

Another of the serious effects of the covid-19 pandemic in Mexico is been felt by the student population of Puebla, where there has been a serious number of desertions, according to official data from the State Secretary of Education (SEP)
Share 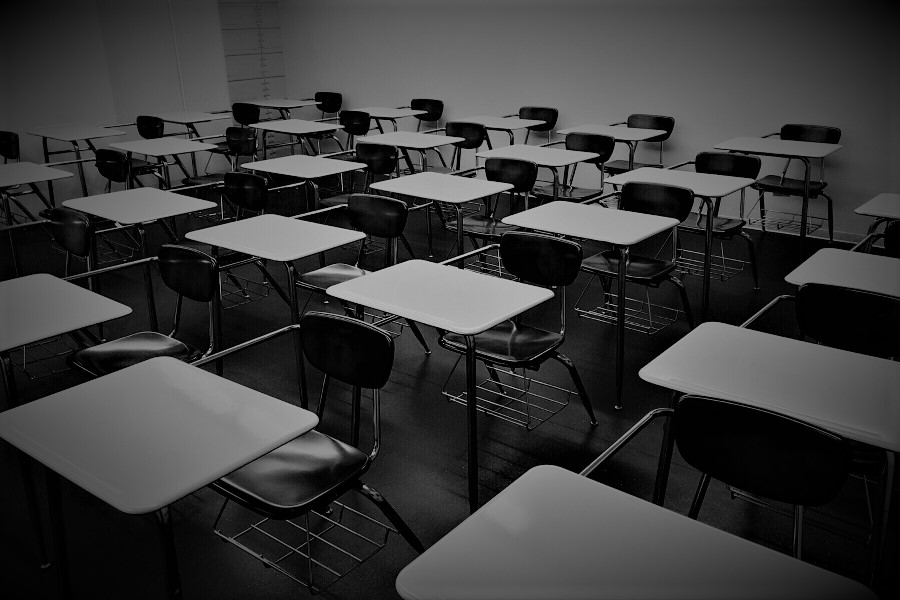 Another of the serious effects of the covid-19 pandemic in Mexico is been felt by the student population of Puebla, where there has been a serious number of desertions, according to official data from the State Secretary of Education (SEP).

According to a publication of the Mexican media Lado B, school desertions in Puebla sum a total of 5,017 students, among children and adolescents, who no longer receive their fundamental right to education since the pandemic began and who do not do so with distance education methods.

In the article – written by Ray Ricardez – it is mentioned that this desertion corresponds only to the 2020-2021 school year, as described this week by the director of the SEP, Melitón Lozano, who despite the high number says that “it is a problem that it is not serious”.

Currently in Puebla, Lozano said, there is a total enrolled student body of 1 million 762, spread over 12,000 schools. However, although the number seems small, there is a risk that this population of students who no longer study, may have their human rights and quality of life violated.

«It is dangerous to simplify the situation of school desertions into one piece of information», warns Rodolfo Cruz, a research academic at the Popular Autonomous University of the State of Puebla (Upaep) specialized in educational policy. The expert assures that this situation is serious and relevant, and that there is a risk that the State is minimizing it.

According to the lawyer and human rights activist, María Fernanda Santos de la Rosa, “you have to think that behind the numbers there are people with life projects and who currently live in a context of inequality; therein lies the relevance and importance of the fact that we cannot allow speeches that make this situation look as minimal”.

Desertions during a pandemic affects beyond schools

Data on school desertions are not available for public access, states Ricardez in his report. Neither the SEP, nor other entities such as the National Institute of Statistics and Geography (Inegi) have published this information on Puebla for this school year on their digital portals.

Despite the fact that the entity’s Secretary of Education makes reviews in schools to find out the number of students who have dropped out during the pandemic and that the campaign «No one outside (the system of education), no one left behind» has sought to mitigate the damage in the learning process of the students because of the pandemic, it is a reality that the situation goes beyond the figures.

Of the 5,017 students who dropped out, 1,241 are from preschool, 1,459 from primary, 856 from secondary and 1,461 from high school, according to the data provided by Lozano during the conference. These numbers – considers Cruz – may be a reflection that the State is not complying with the minimum requirements in matters of social and educational justice.

«Simplifying desertion in numerical terms», says the academic, «can create a perspective based on the well-being of the majority, giving a sense of results, but omitting the remaining minority».

This group of students is having their human right to education limited, warns Cruz. In addition – according to Santos – the ignorance or omission of this may result in the State not complying with its obligation to guarantee their education.

The right to education, explains the human rights activist, is the obligation of the State to provide appropriate benefits; In other words, the State is obliged to guarantee it through mechanisms, budgets and logistics to all girls, boys and adolescents. According to her, it is important that any government take into account the people to whom the access to education is being made effective, but it is necessary to emphasize those who do not have that access.

«They are rights that need a specific action, instead of abstentions», Santos sentenced. This right, says the lawyer, is intended for people to develop a dignified lifestyle, that is, they can have access to the same opportunities. And from her perspective, to think that a number of people (however minimal it may be) are not having access to education speaks of a lag in been able to have dignified life conditions.

In this sense, if more than 5,000 girls, boys and adolescents do not have access to education, it is likely that other of their human rights will be affected, such as work, equality, among others. 5,000  students that have deserted – Cruz warns – may be a sign that the minimum amount of social justice has not been guaranteed for their families, leaving them in the precarious situation that has become worse with the health crisis.

In addition, national data for Mexico indicate that 5.4 million students – between the ages of three and 29 – did not enroll in the 2020-2021 school year, due to causes related to the pandemic or lack of resources. “It is a strong violence to reduce them (the students) to a data; because then what you do is that you resignify them as only numbers and people are not things; there we are dehumanizing”, Cruz sentenced.