The secrets of the DEA in Argentina: alliance with the dictatorship, interventionism and illegality

The investigation shows that the DEA had its «golden age» with presidents Carlos Menem and Mauricio Macri The US Drug Enforcement Administration (DEA) does what it wants in Argentina, regardless of whether it is legal or not
Share 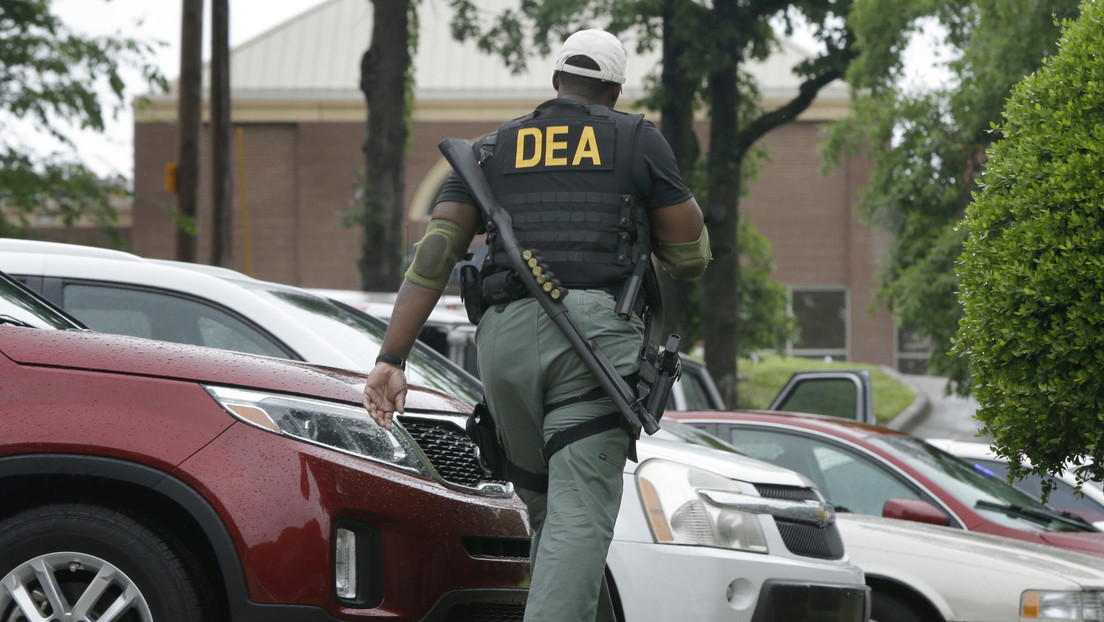 The US Drug Enforcement Administration (DEA) does what it wants in Argentina, regardless of whether it is legal or not. And they allow it. Since the 1970s, it began to build a solid network of complicity with the security forces, politicians, judges, prosecutors, and journalists that allow it to operate as it pleases, regardless of who governs.

These are some of the main conclusions of the book ‘The DEA in Argentina. A criminal history’, written by the journalist Julián Maradeo, who through an extensive investigation unravels some of the mysteries of the agency that operates as a transnational police without accountability in Latin American countries.

Throughout its 331 pages, the investigation shows that the anti-narcotics agency has access to privileged information and has its own intelligence system that manages millionaire resources to reward its informants with cash, always from illegal circuits, explains journalist Cecilia Goncalez for RT.

The co-optation of politicians and members of the Judiciary goes through the offer of trips to the US fully paid, training that imposes the vision of that country regarding the supposed war on drugs; the delivery of resources, be it funds or equipment; and relationships with US politicians.

“[The DEA] has instigated crimes and has used the country as a base of operations to set up drug deliveries and capture drug traffickers even though they do not have authorization. Drug trafficking is the pretext», says the author.

He also stresses that it is a lie that the agency wants to combat drug trafficking. «The only thing that interests the DEA is to have privileged access to the information that it considers valuable for the protection of the United States. It’s not about the war on drugs, it’s about the fight for control», says Maradeo.Mechanisms

Maradeo explains that the DEA, which has its favorite media outlets in the conservative newspaper La Nación and in the Infobae portal, does not need to have an army of agents in the country, since it is enough to feed the relationships of privilege built over decades.

Its history dates back to 1973, when President Richard Nixon created an agency that, since then, has led a war on drugs that completely failed, since it proposed to end the production, sale and consumption of marijuana, cocaine, heroin and substances manufactured in laboratories.

In its founding year, the DEA set up its regional office in Argentina. Shortly after, in 1976, it became an accomplice of the last military dictatorship that was imposed after the coup against President Isabel Martínez de Perón.

«It collaborated with the covert kidnappings under the euphemism of ‘de facto extradition’ «, says the journalist, referring to the mechanism that, with the help of the repressors of the dictatorship, the agency implemented to take suspected drug traffickers without any legal framework.

But its first period of splendor would be from 1989, with the beginning of the Government of Carlos Menem.Consolidation

During the Menemist decade, in which Argentina completely adhered to neoliberalism, the DEA co-optation network was institutionalized with the creation of the Secretariat of Programming for the Prevention of Drug Addiction and the Fight against Drug Trafficking (Sedronar), a dependency which was practically under its control as it obeyed the guidelines of the strategies of the war on drugs of the US agency.

According to Maradeo, in these years the DEA «inserted its needle to the bottom of the institutions of the Argentine political system», while «the most critical watched how it pulled the strings of the security forces like puppeteers».

The panorama changed discursively during the presidency of Néstor Kirchner, who, despite launching permanent diatribes against the US and its imperialist policies, basically did not modify drug policies. His security minister, Aníbal Fernández, became a regular visitor to the US embassy.

By then, the DEA already had a solid interventionist network in the provinces that guaranteed the continuity of its work, which was never transparent, so the policies designed by the national government did not affect it substantially.

According to the vision reported to Washington, Argentina at that time had already ceased to be just a drug transit country to become a producer, and without radars on its borders to persecute drug flights.

“[It was a country] in which snitches, police officers, spies, ex-police officers and other herbs did everything for the prize in dollars from the agency, with judges and prosecutors who submitted in order to be invited on a tour to the United States. with everything paid, where the federal and provincial security forces were financed and directed by the agency», summarizes the journalist.Macrismo in Argentina

For the last years of the Government of Cristina Fernández de Kirchner, the relationship with the DEA was already broken, especially due to the scandal of an official US plane that landed in Buenos Aires with undeclared equipment. Foreign Minister Héctor Timerman led the seizure. Barack Obama’s protests were worthless.

«The DEA was at its lowest historical level in terms of articulation with the four federal security forces», explains the author, who specifies that the agency complained in its formal reports about the state of the relationship with the Government, although, in reality, for the first time it was complying with what was established in the bilateral agreements and that limited its operations to collaborating in the delivery of information and training.

Despite the fact that the law prohibits it, the DEA continued with espionage tasks and illegal operations in which agents or informants infiltrate to participate in the transfer and delivery of drug shipments.

The scenario was radically transformed in 2015, with the arrival of Mauricio Macri to the presidency. His Security Minister, Patricia Bullrich, today a presidential candidate, was and continues to be a staunch and loyal politician to US interests, which allowed the agency to return to a «golden age».

In the four years of that government – Maradeo points out – «the DEA did what it wanted without being interested in anything other than guaranteeing Minister Patricia Bullrich the photo, the trips, the international congresses and other crumbs».

Some time before, the agency had managed to install the idea that in the Triple Frontier shared by Argentina, Brazil and Paraguay there are Arab terrorist cells that finance themselves with drug trafficking. Although it never presented evidence, the premise persists and is a pretext for designing interventionist security policies.

In the book, Julio César Pose, the first and so far only DEA informant who has been convicted by the courts, confirms to the author that the agency only cares about obtaining information and money.

“They are not interested in how much drug is seized. What they are looking for are the ramifications of the people who ‘stop’ in Colombia, Europe and the United States. What the Argentines do not understand is that the DEA goes after the money of the traffickers because it is financed with that», reveals a man who worked closely with the agency.