US Militaries demand Trump to «stop staining the Armed Forces» 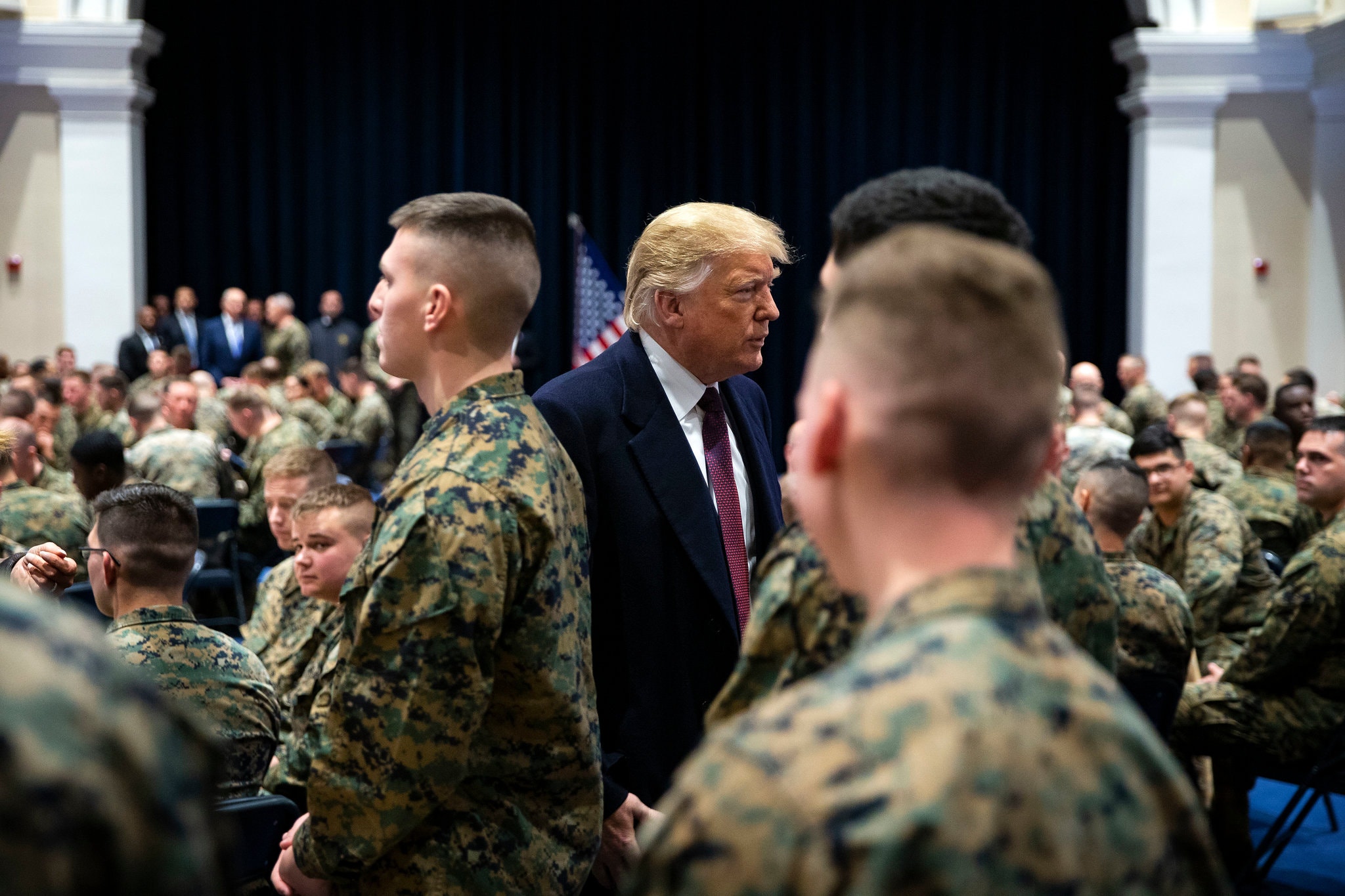 With each passing day, the President of the United States, Donald Trump, loses support and finds more critics, not only within the political sector and in his own Republican Party, but also in the military.

Retired military leaders accuse him of using the federal armed forces to undermine the rights of citizens protesting against police brutality, racial discrimination, and the killing of african-american George Floyd by a white police officer.

A week ago, security forces used tear gas and stun grenades to disperse a peaceful protest near the White House, shortly before Trump walked to that area to pose with a Bible in front of a fire-damaged church. The far-right leader also threatened to invoke the Insurrection Act of 1807 to activate federal troops in order to dissolve the protests.

This reaction caused 89 former Defense officials to sign an article published in The Washington Post, in which they accuse Trump of betraying the oath he took when he assumed the Presidency, «by threatening to order members of the Armed Forces to violate the rights of their American comrades».

The former officials call on the White House tenant to end any plan to send active-duty forces to cities and to avoid using them in any way that could jeopardize the constitutional rights of their compatriots, reported the AP agency.

In another letter, some leaders – including retired General Merrill McPeak, a former chief of staff of the Air Force in the 1990s – ask Trump to stop «tainting the Armed Forces» by summoning them against peaceful protesters.

They also urge him to suspend his «divisive rhetoric» and acknowledge valid complaints from African Americans.

As if that were not enough, a high office official close to the Presidency, who chose to remain anonymous, revealed that Trump mentioned last week to his advisers about the possibility of deploying 10,000 soldiers in Washington D.C. to stop civil unrest.

Colin Powell, who served as Secretary of State and Homeland Security Advisor during Republican presidencies, announced that he will vote for the Democratic flag bearer Joe Biden, and accused Trump of not respecting the US Constitution. «We have a Constitution. We have to follow that Constitution. And the president walked away from it”, he told CNN.

Powell pointed out that Trump represents a danger to democracy and that his lies and insults have affected the image of the United States before the world.

The former official denied that the President threatened to use active military personnel to quell the protests that have occurred following the Floyd murder.

«We are at a turning point. (Trump) lies about things and gets away with it because people won’t hold him accountable», Powell said, criticizing Republican senators for not confronting the President.

Powell, who also served as Secretary of State during the George W. Bush administration (2001-2005), criticized Trump for offending «almost everything in the world.»

«We are cutting more troops in Germany. We have eliminated our contributions to the World Health Organization. We are not happy with the United Nations», he said.

As for the upcoming November elections, Powell made it clear that he will not vote for Trump, whom he did not support in 2016, and that he will support the Democrat Joe Biden. “I am very close to Joe Biden on a social and political issue. I worked with him for 35, 40 years. And now he is the candidate, and I will vote for him», declared Powell.

An article published by The New York Times described how relations between Donald Trump and the military have deteriorated.

During the 2016 presidential campaign, a group of «Never Trumpists» emerged, made up of Republicans from the area of national security who were sickened by Trump’s description of how US power should be exercised in the world.

On that occasion, the members of this group warned that Trump did not have «the character, the values or the experience» to be president and that «he would put the national security of the country at risk».

According to the Times, with the arrival of the extreme right-wing leader to the Presidency, the generals and admirals accepted a co-Commander-in-Chief with a «unique style» in the diplomatic field, and accepted the increase in military spending.

«His diplomatic leaders, although embarrassed, saw some use in trying to force adversaries to negotiate», stated the article written by David E. Sanger and Helene Cooper.

However, the military’s «tolerance» with Trump seems to have come to an end and one of the drops that spilled the glass was the President’s threat to use the Insurrection Act of 1807 to deploy soldiers on US soil against the protesters.

Officials have denounced the risk that Trump considers the Armed Forces, which historically played an apolitical and non-partisan role in society, as another political force in his favor.

«There is a fine line between the military’s tolerance for questionable partisan measures taken over the past three years and the point where they become intolerable for an apolitical military», said Douglas E. Lute, a retired three-star general in the Army. .

«Some relatively small episodes have accumulated imperceptibly, but we are already at a point where real damage is being done», he stressed.

According to this general, who coordinated operations in Afghanistan and Pakistan during the presidencies of George W. Bush and Barack Obama, and later became the United States ambassador to NATO, there was an episode that made Trump’s intentions clear.

He referred to the ‘trip’ that the president took to a church near the White House on June 1, along with Defense Secretary Mark Esper and the Joint Chief of Staff, Mark A. Milley. With this walk, Trump tried to show the support of the Armed Forces to his repressive tactics.

«Just as that team walked through Lafayette Park with the president, after the forcible removal of a peaceful demonstration, they crossed that line», said Lute. In fact, both Esper and Milley received a barrage of criticism after the ‘little trip’.

Faced with the controversy, Esper, a former Army officer and veteran of the Persian Gulf war, told NBC News that he «did not know where he was going», which is not limited to the church, but to the fact that he did not understand that he was symbolically supporting the use of military forces – the National Guard and troops still inactive – to suppress peaceful protesters.

Officers are concerned that the protests and riots that started after the murder of George Floyd continue, and more concerned about the repressive role the military can take in the face of this fact.

These fears escalated after, during the most recent demonstrations in Washington, the uniformed men facing the peaceful crowd were no longer police or Secret Service agents, but National Guard soldiers in camouflaged military attire.

«Right now, what the country needs the least – and frankly, the Armed Forces – is the presence of American soldiers dealing with American citizens and executing the will of the President», condemned John R. Allen, a retired four-star general of the Navy, in an article published by Foreign Policy magazine.

«This can ruin the high esteem that Americans have for their military, and much more», Allen warned.