This Monday around midnight, the Minister of Defense of Venezuela, Vladimir Padrino López, reported through Twitter about the rescue of 8 soldiers of the Bolivarian National Armed Forces (FANB) who were kidnapped by irregular armed groups in Colombia
Share 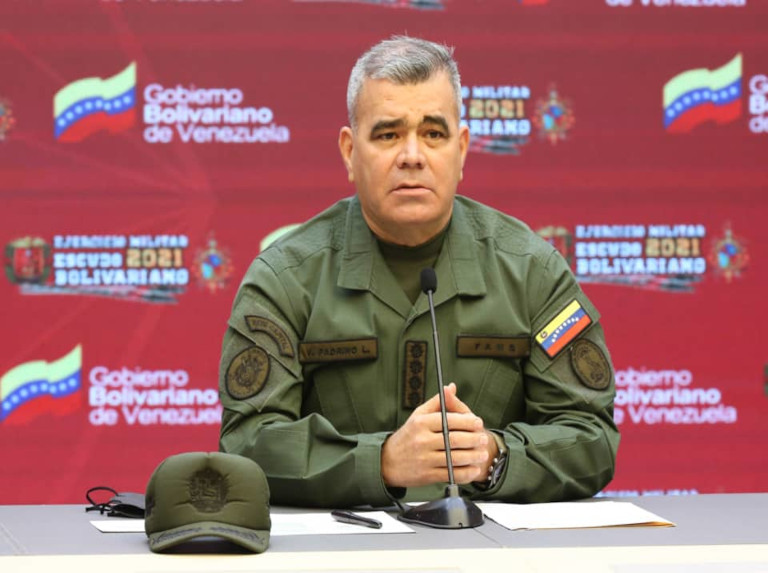 This Monday around midnight, the Minister of Defense of Venezuela, Vladimir Padrino López, reported through Twitter about the rescue of 8 soldiers of the Bolivarian National Armed Forces (FANB) who were kidnapped by irregular armed groups in Colombia.

Padrino published the information accompanied by a statement issued by the FANB through Twitter and posted on his website.

«At this moment, accompanied by an excellent group of military doctors, we provide care to 8 brave patriots, who, being kidnapped by Colombian criminal groups, were rescued today in the Apure state. Nothing stops us”, said López. The Venezuelan Foreign Minister, Jorge Arreaza, also ‘echoed’ the information and expressed on Twitter his joy at the return of Venezuelan soldiers to their homeland. «What a joy! Long live our BOLIVARIAN National Armed Forces! Welcome home, brave countrymen. The fight for sovereignty continues! «, expressed Arreaza.

In mid-May, the Venezuelan Defense Minister confirmed the capture of the eight soldiers of the Bolivarian National Armed Forces (FANB), who had been ambushed in the Apure state, a border region with Colombia that has been the scene of clashes between the Army. and these Colombian armed groups.

On May 9, the armed group sent the FANB a «life certificate» of the kidnapped, for which Padrino López urged the international community, multilateral organizations and human rights organizations to demand that the captors preserve the physical integrity of the soldiers and proceed to their release.

Both the Defense Minister and the Venezuelan Foreign Ministry confirmed that they have already established «contacts» and «coordination» to achieve the release of the Venezuelan combatants. «We will spare no effort and we will exhaust all possible ways to recover them safe and sound», said Padrino.

For his part, Foreign Minister Jorge Arreaza reported on Twitter that they are already working with the International Committee of the Red Cross (ICRC) to create «the necessary conditions» for «a safe and prompt release» of the soldiers, who were kidnapped on April 23, according to information released in the media.

The fighting between Colombian irregular groups and the FANB has been going on for at least two months in the border area, located between the Venezuelan state of Apure and the Colombian department of Arauca. At the end of March, Caracas ordered the deployment of an operation to protect its border area, after accusing Bogotá of deliberately neglecting the area to facilitate the action of armed groups linked to drug trafficking.

The official statement issued by Venezuela:

The Bolivarian National Armed Forces informs with unfathomable approval that today, May 31 of the current year, the eight (08) military professionals kidnapped, since the beginning of the month by Colombian irregular armed groups, were rescued through the operation «Centennial Eagle». As had recently been communicated, we had been carrying out enormous efforts in order to achieve the recovery of our patriotic brothers in arms, whom we happily already have with us safe and sound. On the other hand, we make it known to the public that we continue in the search for another two (02) soldiers.

We exalt the discipline, courage, loyalty and professionalism demonstrated by these soldiers who now return to their ranks, not only for risking their lives on the battlefield fulfilling the oath to defend the nation, but also for maintaining high morale and an unwavering ‘esprit de corps’ in extremely adverse circumstances; In this sense, they will be provided with specialized medical care as well as the necessary support to guarantee optimal health conditions.

We are infinitely grateful to all those who made this rescue possible, restoring tranquility to the bosom of the armed institution and especially to their families, who will soon be able to have them back in their homes. For us, the life and physical integrity of our soldiers have always been above everything; Consequently, we categorically repudiate the media and the manipulations of public opinion ‘opinion-makers’, who have tried to politicize the violence embodied by the terrorist factions on the Colombian-Venezuelan border, and specifically a situation as regrettable as this one.

In compliance with the precise instructions given by citizen Nicolás Maduro Moros, Constitutional President of the Bolivarian Republic of Venezuela, our Commander in Chief, we will continue to fight criminal organizations that intend to use the sacred national territory to carry out transnational crimes that affect the peace, the development and stability of the country.

Independence and Socialist Homeland … We will live and win!

The Sun of Venezuela is born in the Essequibo!