The Government of Venezuela seeks in different ways to get the country out of the economic and social predicament in which it has been for years, product of a crisis exacerbated by US sanctions and a hyperinflationary process that has deteriorated the quality of life of the population
Share 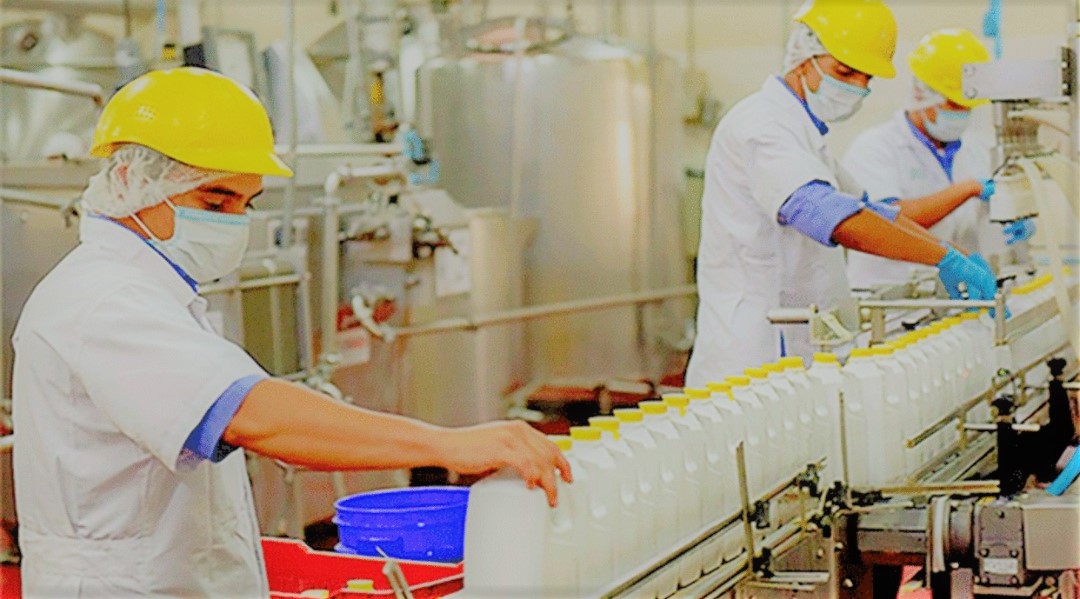 The Government of Venezuela seeks in different ways to get the country out of the economic and social predicament in which it has been for years, product of a crisis exacerbated by US sanctions and a hyperinflationary process that has deteriorated the quality of life of the population.

In the midst of this situation, both the population and the Government must deal with the effects of the blockade imposed by the US and the European Union (EU) which, according to the Venezuelan authorities, translates into a loss of 99% of their income.

The Executive has taken actions that seek to circumvent the impact of the sanctions and generate alternatives to obtain resources that are not dependent on the oil industry, the most affected by the coercive measures. This is how the Special Economic Zones (SEZs) have developed, with which the Government intends to create development axes dedicated to exports, national production and to attract the attention of investors.

Already in October 2020, the defunct National Constituent Assembly approved the Anti-Blockade Law, a «temporary» legislation that was ratified at the end of April by the Legislative Power elected last December, and which at the time was presented by President Nicolás Maduro as a tool to face foreign sanctions; reactivate and protect assets inside and outside of Venezuela; and recover the economy and social welfare.

«A law born» from the Anti-Blockade Law

Now, the Venezuelan parliament has proposed a draft of an Organic Law of Special Economic Zones (LOZEE), which proposes a new model of economic development and which is in public debate, after being approved in the first discussion at the end of April.

The bill, which requires a second parliamentary debate, is considered by President Maduro and other members of the Executive, as a «law born from» and «complementary» to the Anti-Blockade Law, which, they say, will lead the country to comply with «the third objective of the homeland: Venezuela as a world power».

«This is not an easy law, it is not a law for complacency, it is a law to put the paths of a new model of national development», Maduro indicated at the end of May, during a public hearing that was held in Caracas with deputies of the National Assembly (AN).

The importance of the law – said Maduro – lies in the fact that the SEZs will be endowed with the «vital elements» so that they contribute to the country’s growth «in the coming decades», with opportunities that will open up for national and foreign investment; which coincides «with the prospect of hope for economic recovery».

What are the Special Economic Zones in Venezuela?

The economist, deputy and president of the Finance and Economic Development Commission of the AN, Jesús Faría, explained – in the same televised public hearing – that the SEZs are geographical spaces that have a series of particular characteristics that allow them to become axes of development and sources of income, with special regulations for their activity.

«They are not capsules or enclaves, they are engines of development that transcend into Special Economic Zones and these will haul the rest of the economy», he explained. Faría added that these spaces are usually located near ports, airports, borders, in natural resource deposits, industrial zones and even in companies that can be classified as such, if «the development strategy» deems it appropriate.

«From these territories, optimal conditions are generated in infrastructure, roads and the supply of services», all essential to implement any productive project and promote investment – said Faría – who stressed that the law gives «confidence and legal security» to businessmen and to the State, because the necessary aspects of transparency, coherence and solidity to the stimuli that will promote the interest of investors are «covered and supported», even with the limitations of the blockade.

“In economics – he insisted – everything moves and goes to the rhythm of stimuli that must exist to increase investment, production. We have fiscal and tariff incentives, reduction and exception of taxes, reduction and elimination of tariffs, all to stimulate the importation of machinery and raw materials that can be processed in the country.

How and where to develop them?

Faría commented that the SEZs were created in countries that presented delays associated with limited access to foreign exchange, and that they began to make «extraordinary efforts» to diversify exports and industrial investment, an action that resulted in the generation of jobs and new income that served to reactivate the productive apparatus, repair the deficit and get out of a situation of stagnation.

To develop the proposal, the parliamentarians studied the experiences of China, Vietnam, Singapore, South Korea, among others. «In the Venezuelan case, they will be developed under the leadership of the State. We do not propose the free market or the application of neoliberal theories, we are going to have the State as regulator and guarantor that investment projects lead to the increase and diversification of exports, and that these come from the national industrial development as a key element «, explained the official deputy.

Some areas that are already active and others that are being created would be located in states such as Anzoátegui, Aragua, Bolívar, Carabobo, Falcón, Lara, La Guaira, Nueva Esparta, Miranda, Táchira, Zulia, among others.

Faría assured that the future norm will help to reactivate the productive apparatus, generate wealth and with it, open «new quality jobs that dignify the human being with a decent salary», provide social security and improve public services.

He explained that the «essential task» of the SEZs, is to attract investment and the «main challenge» is to overcome the blockade, because its imposition restricts the entry of foreign and even national resources; and its consequences are seen in the deterioration of public services and the damage to infrastructure.

«This is a political project of extraordinary importance and scope for development. It is a law at the height of the requirements and demands that this difficult situation poses to us».

Why have the ‘trials’ in Venezuela not been successful?

President Maduro has said that SEZs have been the subject of study in his government «for years». In fact, he commented that «some steps» have already been taken for its implementation, which he described as «trials», which were accompanied by a non-organic law and a set of decrees.

«The trials were hard, tragically hit, by the economic situation resulting from the criminal sanctions and the blockade of the last two, three years. We have a set of Economic Zones at a low level of development, badly hit by the measures of financial persecution and economic sanctions», said Maduro.

However, the president assured that this regulation «opens great expectations, hopes and opportunities» so that Venezuela will get to «know» a «successful formula» achieved by «the countries with the highest growth and development in the world» in recent decades.

The president considered that these areas should be adapted to the country «post-blockade and post-sanctions» and take into account the controversial labor issue, which is why he urged to «think very well» how to create them, «in the midst of the barrage of measures that Venezuela must overcome and defeat».

«It is a law that comes to put order, organize and open investment opportunities for the industrial and technological development of the country, particularized and regionalized, combining international technology and investment with national, private and public investment. It is a very important law in the search for new paths», he said.

What do the detractors say?

Despite the fact that the aforementioned law has the consent of the opposition groups that make up the parliament, who have said that it is «positive» and that it goes beyond the «extraordinary period of punitive measures against the Republic», as stated by the opposition deputy Luis Eduardo Martínez; Both inside and outside the Legislative Branch there are voices on the left that reject it as «neoliberal».

The Communist Party of Venezuela (PCV) and the Popular Revolutionary Alternative (APR), a left-wing coalition that distances itself from government policy, voted against the law during their first discussion on the grounds that it favors the interests «of the parasitic oligarchy» which has shown «historically» that it does not invest in the country.

This was expressed by the communist deputy Oscar Figuera during the plenary session in which the bill was approved in the first discussion. That day, he maintained that the PCV and the APR voted against it because they consider it contrary to the political process «developed by President Hugo Chávez Frías».

Figuera questioned that the law does not specify how workers will be treated and if their rights enshrined in the Constitution and the Organic Labor Law will be respected, nor does it detail where the production is going to go, and if it will favor national demand or if it will only privilege exports.

After that intervention, Figuera also rejected on Twitter the statements of opposition deputy Javier Bertucci, who said he was in favor of the law because «the cheapness of Venezuelan labor» arouses the interest in investors.

The draft of the «Law on Special Economic Zones is a stab at the sovereign and independent development of our people», Figuera stressed in response to Bertucci, a right-wing businessman and political leader, who is also an evangelical pastor, and has been a candidate for the presidency of the Republic.