Venezuela: How does the new economic dynamic work just before the beginning of Christmas?

In Venezuela, the population faces a new economic, political and social reality, in the midst of an atmosphere of hope that has not been perceived for years and that coincides with the arrival of Christmas, the regional elections of November 21 and the total flexibility of the quarantine against the covid-19 pandemic, while the vaccination […]
Share 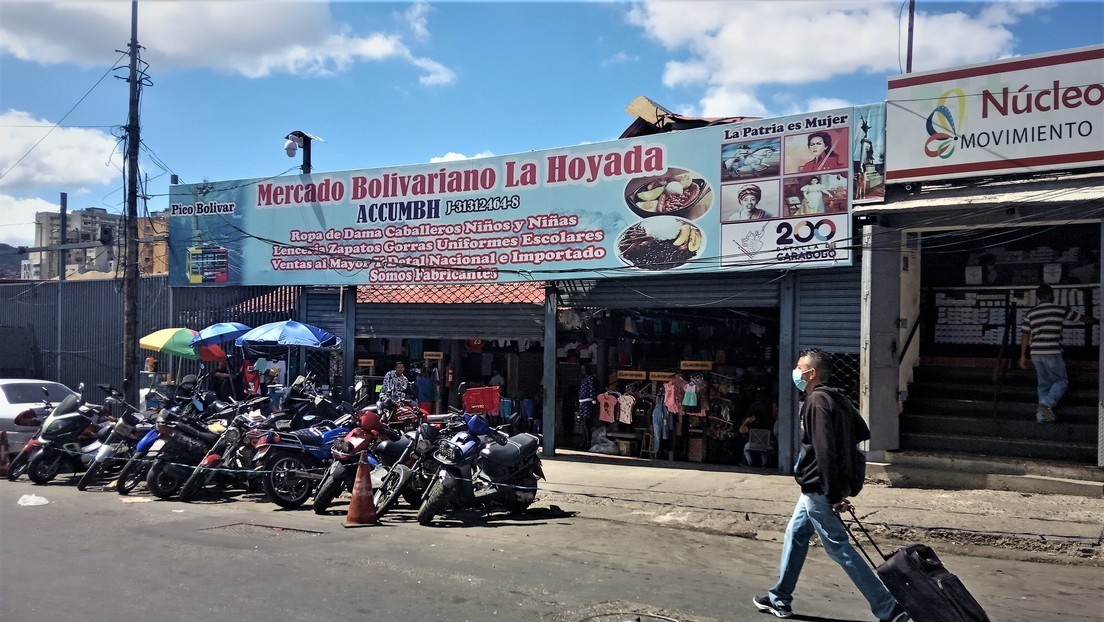 In Venezuela, the population faces a new economic, political and social reality, in the midst of an atmosphere of hope that has not been perceived for years and that coincides with the arrival of Christmas, the regional elections of November 21 and the total flexibility of the quarantine against the covid-19 pandemic, while the vaccination campaign continues.

A few days before the holiday season, the streets, homes, shops and recreation spaces in Venezuela already display their allusive decorations, while families prepare themselves for the christmas shopping: toys for children, clothes and shoes, food preparation and traditional drinks such as ‘Hallacas’ , ham bread, pork leg, chicken salad, ‘Torta Negra’ (black cake) and cream punch, among others.

This festive atmosphere arises even despite the negative effects generated by the sanctions imposed by the US, its allied governments and the European Union (EU), which have led the population to face serious difficulties for years such as the deterioration of their income, quality of life, public services, transportation and other basic needs such as recreation.

Although these difficulties persist, to the point that the inequality gaps between the rich and the poor have been accentuated – recognized by President Nicolás Maduro himself – a different economic dynamic has appeared that seems to have left behind the worst of the hyperinflationary wave.

This context also coincides with the entry into force of the new monetary expression, the digital Bolívar, which started last October, and with it, came the elimination of six zeros from the accounting figures in order to make banking and commercial transactions easier; and also to preserve and strengthen the local currency amid the de facto dollarization that the country is experiencing.

In addition, politically, the vast majority of the different opposition factions have decided to resolve their differences with the Chavismo through elections, a position that has allowed tensions to be lowered, institutions renewed and the social climate improved.

How is the new economic dynamic perceived in Venezuela?

During a visit to the La Hoyada market, a massive commercial center located in Caracas and where hundreds of people converge daily, several merchants and people who were there to buy, told RT their different perspectives on the new situation that the country is going through.

Leonel Bravo, head of a store that sells T-shirts, jeans, caps, watches and other items, said that, in his case, current sales are «a little low», because he considers that people do not have enough money to buy these items and prioritize other needs. «Our prices range between 10 and 50 dollars, which are to give the client a reference, a stable figure so they can come later to buy».

Bravo believes that he doesn’t sell much because he offers original brands, which means that the garments are not as cheap as those that other stores in the same market might have: «People who come and buy in the same moment, is because they have come before and they liked our merchandise. There are many who come to know the prices but do not buy. That happens because they look for the most accessible prices for their pocket», he says.

Another circumstance that affects sales in Venezuela – says Bravo – is the lack of low-denomination banknotes in dollars and the instability of prices in bolivars, which change daily according to the rate of the Central Bank of Venezuela (BCV). In addition, he alleges that there is still not enough cash in bolivars of the new monetary cone and that few people make digital purchases with the local currency.

However, he points out that in the cases of clients who have paid with bolivars, electronic transactions have been «simple and fast». «People also come asking if we accept payments from other countries through mechanisms like Zelle, Paypal or cryptocurrencies, but here we do not have it and in the market few handle that», acknowledges Bravo

And he adds: «Right now we have the problem of the change in dollars due to the shortage of 5 and 10 dollar bills. However, if the client asks us for bolivars and we have them at the moment, we give them the change in cash or by ‘pago móvil’ (mobile payment). It all depends and we also have to help ourselves, among the market vendors, so as not to lose customers due to lack of change».

«Sales have been a bit better»

Kati Urbina, another vendor in the market who sells lunches, believes that sales have improved since the Government relaxed sanitary measures against the coronavirus in Venezuela.

«Sales have been a little better, especially on weekends when more people come and after the quarantine was relaxed. At the beginning of the pandemic, it was hard, nobody came out. The market closed completely. We did not work for several months and that hit us, until we began to open, little by little, with the measure of ‘7 plus 7’, which was one week open and another closed».

Kati sells dishes that include «soup and dry (meal)». The cheapest can be a chicken soup or a minestrone with a steak of meat, rice and plantain slices, which costs 3 dollars; while a more expensive dish that integrates fried pork, cutlet or fish costs 5 dollars.

“The difference in price – Kati details – is the amount of food served or the type of protein, but we try to make sure that people leave satisfied and happy. Also, that the dish is within reach of the customers’ pockets. There are also people who come every day and we try to vary the menu to pamper them».

For this cook, the implementation of the digital Bolívar in Venezuela has been positive because it has simplified operations: «Eliminating that big amount of zeros was a blessing, because it was a nuisance to count so many zeros in the machines where we pass the bank cards. Now it is quite easy and fast».

Kati insists that the merchants are preparing themselves «with great faith» for the holiday season and hope to «sell a little more, despite the fact that the pandemic is still there and that there are people without work or who who don’t have enough money, such as pensioners, educators and public workers ”.

«It has gone down a little bit compared to last year»

For Adrián González, a clerk who works in a shoe and intimate apparel store, sales are still low compared to 2020. “Although sales have been increasing, if we compare them with November and December of last year, they have dropped a little, because at the end of last year, we sold a lot», he said.

However, the young man highlights that with the easing of the quarantine, «little by little» sales have improved. And he details: «We receive payments in bolivars and foreign currency, but the dollar is what people carry the most. With the digital Bolívar it is much easier to make transactions and the problem of change in dollars is avoided, which is difficult because you cannot get the 5 and 10 dollar bills, and most people come with 20 or 100 dollar bills″.

«Before, for example, one charged hundreds of millions of bolivars and the person worried that we would put a zero more, and we, a zero less in the machines that are used with bank cards. It was always stressful. Now it is better, one puts the amount and it is easier to read it (because of the elimination of 6 zeros)», says Adrián, while ensuring that the banking platform still has failures when «there are blackouts «, which become lost sales because if the customer does not have dollars, they cannot pay.

«There are also the elderly, they find it more difficult to handle dollars and the digital economy, so they come asking for prices in bolivars and we have to explain to them how much the cost of the product is in dollars, which will always be the same, and then in bolivars for that moment, then it is difficult for them to understand», he explains.

For Yennifer Montilla, a client of the market, the current economic situation in Venezuela seems more stable than in 2016, a year that she describes as «the hardest» of the economic crisis. «Now things look a little more stable because people have learned to resolve, they have sought to manage dollars. They can administer themselves better than before».

“People no longer just buy food, now they can also buy clothes, footwear, go out for a walk, to entertain themselves. Things that are also important, but that were not possible before. In 2016, the hardest year of the crisis, it was impossible to indulge oneself», explains Montilla, who highlights the implementation of the digital Bolivar as a way to facilitate payments.

Henry Jaramillo, another customer of the market, sums up in one sentence the juggling he had to do to buy a single item and the improvement represented by the elimination of the zeros with the new monetary expression: «I once bought two pairs of shoes and It was 40 dollars, I paid 30 in foreign currency and the other 10 in bolivars. Now I came to buy in bolivars and it was easier to understand the amounts they charged me, because before, I felt like I was cheated by those very long figures that they put in front of me».