Venezuela: The credit market timidly reactivates after the economic crisis, what happened?

The Venezuelan government has advanced actions to improve credit conditions, but there are still many demands to overcome Venezuela begins to experience a new economic reality that bets on recovery, growth, financial market stability and with it, a timid reactivation of frozen bank loans
Share 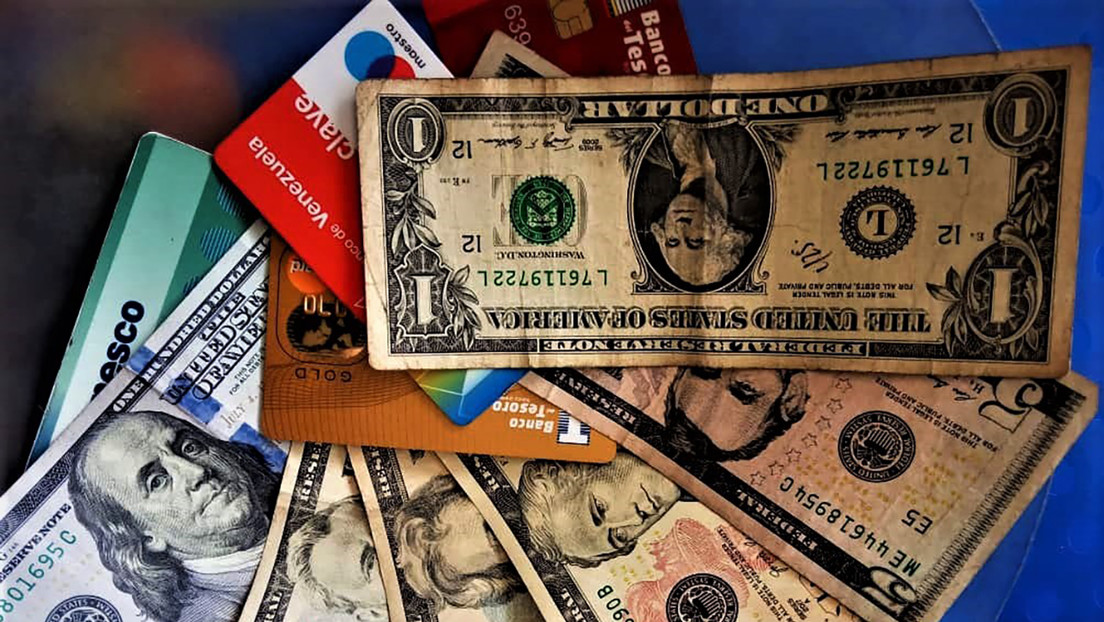 The Venezuelan government has advanced actions to improve credit conditions, but there are still many demands to overcome

Venezuela begins to experience a new economic reality that bets on recovery, growth, financial market stability and with it, a timid reactivation of frozen bank loans.

Although the situation is not optimal and the country is still suffering from the consequences of hyperinflation, the new dynamic also includes important demands from the population, such as salary improvements that allow them to have adequate purchasing power, reports RT.

The dramatic economic crisis that the country experienced for almost a decade and that had its toughest years between 2015 and 2018, after the imposition of sanctions by the US and the European Union, seems to have been left behind and with some timidity, some businesses have begun to offer their products on credit or with long-term financing methods.

Thus, furniture, electrical appliances, clothing, footwear, and tourism businesses, among others, offer purchase options that had disappeared from the market and are seen as something new by the younger sector of the population, while for adults it is a good omen that reminds them of better times in the economy.

The new reality is also observed in public and private banking institutions, which have begun to adjust the limits of credit cards that were frozen and almost pulverized during hyperinflation, because with what you could buy an air ticket in 2013, by 2018 it was barely enough for a coffee.

Now, depending on the user, the amounts that reached the floor of 1 bolívar have gone up to a maximum of 330 bolívares or 60 dollars, a loan for which monthly interest is charged from 17% to 60%, as set by each bank, plus an additional charge of 3% in cases of payment default.

But the remarkable economic optimism does not touch the entire country. The inequalities accentuated by the hyperinflationary phase still impact a large number of people, who find it difficult to multiply their sources of income or carry out ventures, especially older adults, such as pensioners and retirees, and public workers who receive remuneration based on salary monthly minimum set at 130 bolivars, that is, about 23 dollars.Is there access to credit? Who receives it?

RT toured several public and private banking agencies and found that access to loans for the purchase of homes, vehicles, businesses or other types of financing for individuals or companies are denied ‘at first sight’.

The customer service staff of the different banks indicated that no credit application is viable at this time. The responses received were: «there are no credits of any kind»; «it’s been years since we gave out credit cards»; “for now we do not have this service available”; «We don’t even have credits for bank workers».

However, the promoters commented that people interested in financing an enterprise can register on the government website EmprenderJuntos, where after meeting various requirements such as documentation, permits, training and having an active business, they can apply for financing, provided and when the project is attractive.

In addition, sources from the business and banking sectors consulted by RT gave another version and pointed out that credits are being given but to “low-risk” clients, who can support the payment with guarantees in goods valued in foreign currencies.What has been done to reactivate the credit market in Venezuela?

The government has taken steps to improve credit conditions in the country, such as allowing credits in bolivars to be indexed to the value of a foreign currency. It also approved the reduction of the banking reserve from 85% to 73%, which in theory allows banks to have more resources to give loans, boost consumption in the population and increase the Gross Domestic Product (GDP).

Charles Giuseppi, a Venezuelan political scientist with a master’s degree in International Economic Relations and a university professor, told RT that the reappearance of the banking sector as a fundamental actor in the credit system has been more present, since the government’s decision to allow banks to participate actively «on the exchange issue», because with it «the economy has been greatly oxygenated».

«The use of the dollar in transactions ceased to be a punishable, hidden act, and became public. So, many of the dollars that come, for example, from remittances and that entered Venezuela irregularly, now enter legally. All this money allowed an oxygenation that requires the existence of a minimum financial system», said Giuseppi.

In this context, – he explains – the bank has been “rearranged to fulfill its role as a borrower, be it through credit cards or financing assigned to account holders. Thus, it begins to be the fundamental actor to recover the ability to acquire goods and real estate through credits.

However, the expert highlights that the progressive normalization of credits in Venezuela, in the future, will respond to the ability of banks to increase their platform of savers, which in turn depends on «considerable improvements in the general economic conditions of the country».

Another important measure implemented by the government is the savings opportunities that have arisen by authorizing the personal and legal exchange of bolivars for dollars or euros, and vice versa, through digital banking platforms, an option that still cannot be used by the entire population, since there are still a large number of people who live by the day and do not have the resources to save.

«Although there are some sectors that have had favorable financial upturns and the country came out of the most acute and suffocating state of the economic crisis, the country is still in the midst of a relative economic recovery, because no progress has been made in solving most of the social problems», comments Giuseppi.Why were credits paralyzed in Venezuela?

Although banks are required by law to grant loans, during hyperinflation the percentage of financing fell to a minimum, especially when the clients had no possibility of keeping their savings in the banks.

«The traditional operation of banking is that account holders place their money and use the banking system to make fixed-term deposits, move money in current and savings accounts, which allows them to apply for credits. But when the purchasing power falls, the currency is devalued and savings are lost, financial institutions run out of resources to intervene and make them close all kinds of loans», explains the expert.

During the hardest time of the economic crisis, Venezuelans suffered from the accelerated devaluation of the bolivar, which was the only currency allowed in the country, and their income was spent immediately or changed to an international currency, in an irregular market, to avoid it been pulverized in hours because of the hyperinflation.

“Under those conditions, the normal functioning of the credit system was impossible. This led to the amounts in the credit cards to be barely enough to have a cup of coffee. Then, the credit stopped making sense, because nobody was going to be able to pay financing and the bank was going to lose», explained the expert.

In addition – Giuseppi points out – the situation worsened with «the arbitrary imposition of the blockade and the sanctions against the country, the decrease in international oil prices, the flight of capital and other variables that came together so that the economy suffered a brutal fall». With this, he recalled, «the GDP was reduced to one sixth and a major economic crisis was generated that immediately pulverized the value of the bolivar».

Now, after the government has implemented measures to revalue the local currency and stop its deep depreciation, such as prohibiting the use of foreign currencies in national transactions, giving preference to transactions in bolivars and allowing the use of cryptocurrencies, the economy has been able to breathe. and it has allowed the Executive to alleviate slightly some social and contractual debts.

This improvement, Giuseppi points out, «endorsed by good international rating agencies», which say that by 2022 «Venezuela will have an economic growth like few other countries in the region», should be used by the State to improve social programs and solve emergencies that the population so much demands.