Venezuela: the economic and social challenges that its parliament faces in 2022

The Venezuelan parliament will renew its directive with the economy and social demands as the main legislative challenges.
Share 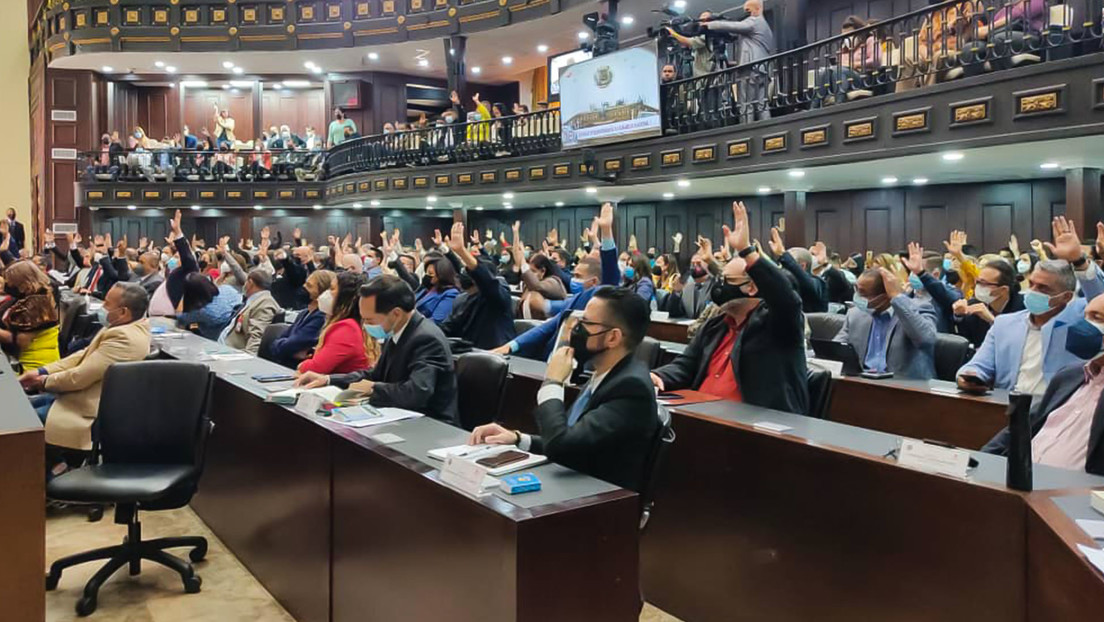 The National Assembly (AN) of Venezuela fulfills one year of legislative functions this January 5 and will begin its 2022-2023 session period with the appointment of the new Board of Directors, and among its challenges for this year are the creation of the laws to finally establish the long-awaited economic stability of the country.

According to the internal regulations of the Venezuelan parliament, the appointment of the legislative board must be made during the first session of the new legislative period of the AN. In that session they will choose the persons who will be in charge of the presidency, the first and second vice presidents, the secretariat and the undersecretary, explains RT.

In the previous period, the deputy Jorge Rodríguez assumed the presidency, the deputy Iris Varela remained in the first vice-presidency and the deputy Didalco Bolívar was elected for the second vice-presidency. Rosalba Gil was appointed to the secretariat and Inti Hinojosa to the undersecretary.

At that time, the 20 deputies of the fraction of the opposition, out of a total of 277 that make up the parliament, saved their vote because they considered that the directive was not inclusive.

From the Great Patriotic Pole (GPP – Gran Polo Patriótico), the alliance of ruling political parties, it was highlighted then that the priority was to reinstitutionalize the Legislative Power. The task was placed as one of the priorities, since the body had remained in contempt between 2016 and 2020, by decision of the opposition, which in that period tried to give legitimacy to a kind of parallel State that placed former deputy Juan Guaidó as alleged «Acting President».

First year of the new AN

During its first year, the Venezuelan Assembly passed 38 laws, 16 were advanced in the first discussion, one pending the second debate, and another 26 bills considered for debate. In addition, it held 61 sessions, in which it made 81 agreements, nine appointments of officials, appointed nine ambassadors, carried out four acts of political control, and created 10 Special Commissions and five Mixed Commissions.

At the end of the year, the AN held a special session in which the Draft Reform of the Organic Law of the Supreme Court of Justice (TSJ) was approved in the first discussion, following a request made by the head of the Judiciary, Magistrate Maikel Moreno .

The reform contemplates modifying article 8 of the law to reduce the number of members of the highest judicial body in Venezuela. The second discussion of this partial reform is among the priorities in the start of the parliamentary sessions for the new period. If approved, the Judicial Power must be renewed in its entirety, a task that will be up to the Legislative to resolve.

Challenges for Venezuela in 2022

At the beginning of December, the executive vice president of Venezuela, Delcy Rodríguez, handed over to the Assembly a bill to partially reform the tax on large financial transactions, which aims to privilege the use of the local currency, the bolivar. The proposal is in line with the economic actions of 2021 and seeks to boost the loan portfolio for production.

In addition, among the pending laws to be addressed -according to the legislative balance- are different reform projects, organic laws and promotion for different areas, especially related to economic activity such as industries, energy, production, agriculture, fishing and aquaculture, livestock, electronic commerce, banking and housing.

Also on the list are several regulations related to border security and aquatic spaces, the fight against drugs, the justice system, technology, education, health, environment, urban planning and others aimed at expanding peoples and communal power.

In addition, among the pending issues that have not yet entered the agenda, there is the controversial issue of the recovery of workers’ wages, diminished by the hyperinflationary escalation of years that continued until the beginning of 2020 and that seems to have come to an end.

In that wait, are also the demands related to the decriminalization of abortion and equal marriage, a task that the Venezuelan President himself, Nicolás Maduro, entrusted to the current parliament.