Venezuela: the request of the South American country to OPEC + and why it is important for the global market

"From Venezuela we make a call that is imperative and urgent",said the Minister of Petroleum, Tareck El Aissami from Caracas
Share 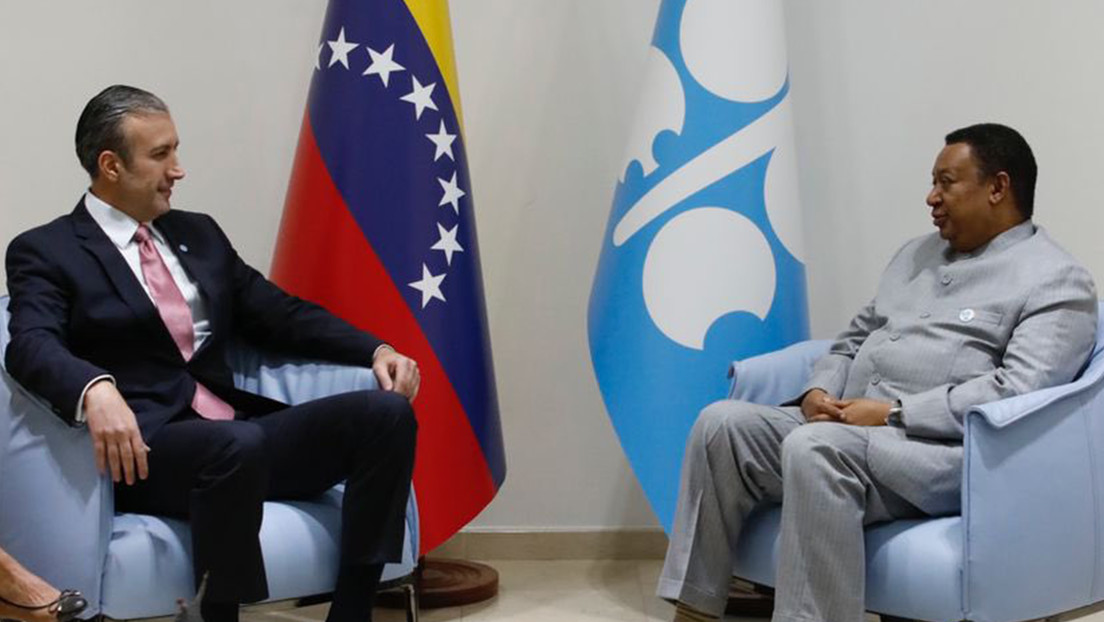 On Wednesday, The Minister of Petroleum of Venezuela, Tareck El Aissami, asked the member countries of the Organization of Petroleum Exporting Countries (OPEC) to adopt mechanisms that allow the group to confront the continuous «US aggressions», imposed through unilateral coercive measures.

At a press conference in Caracas, in the company of OPEC Secretary General Mohammad Barkindo, the Venezuelan minister denounced that despite «the gigantic efforts» made by the organization to ensure the stability of the world oil market, «Venezuela remains subject to an illegal regime and a relentless siege» by the US and «its allied governments».

El Aissami asserted that Washington’s attacks against the State-owned PDVSA have affected the production, refining and export of Venezuelan crude for several years, and stressed that these measures also harm OPEC partners and the entire industry linked to the oil market and its derivatives.

«From Venezuela we make a call that is imperative and urgent to highlight: the need to adopt mechanisms that allow us to face the attacks usually directed by the US government against our country and against our partners in the world», El Aissami pointed out.

The Venezuelan minister stressed that between 2015 and 2016, when the oil market entered a crisis, OPEC + reached an agreement that served to sustain, internationally, the value of crude oil. For this reason, he urged members to generate a new policy based on what he called the «three Cs»: coherence in effort and objectives; cohesion expressed in «perfect unity»; and consensus on future decisions.

Venezuela and the oil market

For his part, the Secretary General of OPEC, Mohammad Barkindo, stressed that according to a recent study carried out by the organization and which will be published at the end of September, they have determined that the oil market will continue to grow, at least 28%, until the year 2045.

«This world of today, in the foreseeable future, will continue to depend on the consumption of gas and oil», said Barkindo, which is why he stressed that OPEC must prepare to face «the best days» to come, and in them, Venezuela plays a role fundamental because it has «the largest oil reserves on the planet».

Barkindo added that OPEC hopes «to continue to enjoy the leadership of Venezuela» and that the world continues to benefit «from the enormous resources that this country possesses», since «oil and gas will continue to dominate as key energies for humanity».

The leading representative of the OPEC added that nations, in addition to raising the energy transition, the reduction of greenhouse gases and the development of renewable energies, also have to address a key issue facing humanity: energy poverty.

On this – he said – while a part of the world population enjoys domestic gas for cooking, in the sub-Saharan African region there are more than 900 million people who do not have access to electricity or clean energy to cook their food.

In this sense, he assured that «the enormous gas and oil reserves that Venezuela has» are essential to combat energy poverty.