Venezuela wants Monómeros back: What is going on in the controversial company that Guaidó still controls?

The controversy in the company Monómeros Colombo Venezolanos S.A.
Share 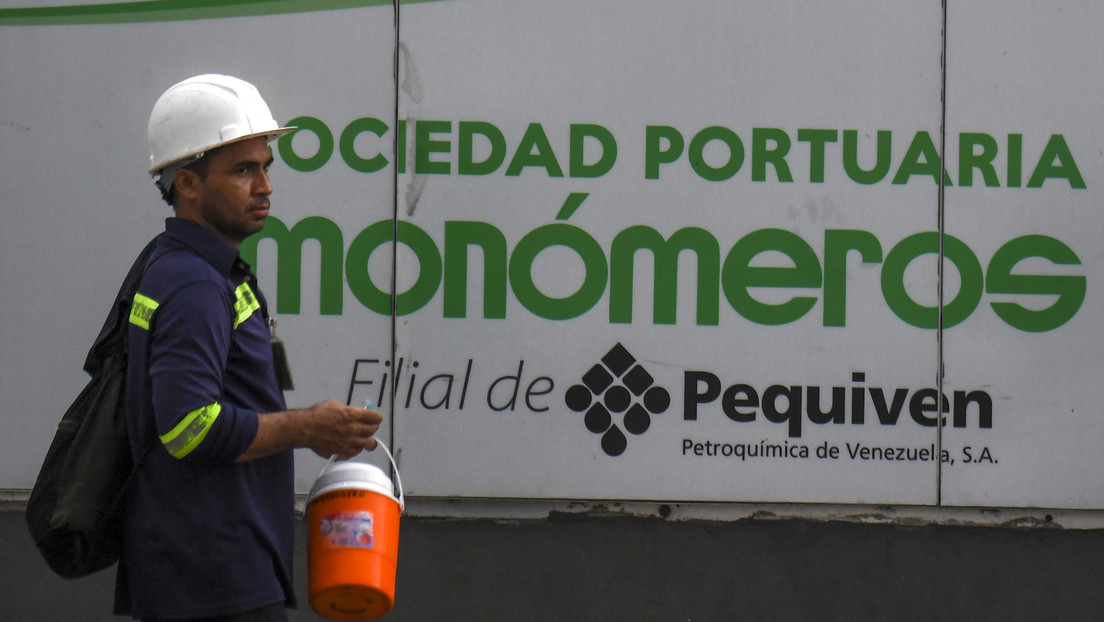 The controversy in the company Monómeros Colombo Venezolanos S.A. It is one of the most complicated issues to resolve for the nascent administration of the president of Colombia, Gustavo Petro, in the process that is being carried out in rebuilding a diplomatic and political relationship with Venezuela.

Last week, Petro pointed out that within the work carried out by his team with Caracas to normalize bilateral relations, «there are more complex issues» and one of those is the case of Monómeros.

According to the Colombian president, the company —which belongs to the Venezuelan State as a subsidiary of Petrochemicals of Venezuela (Pequiven)— «is a company economically affected, almost bankrupt, and it is necessary to see, technically, how it can be restarted».

Petro also considers that solving the company’s situation «is not easy», because «the legal forms» that the company currently has must be reviewed and the intricate «sanctions system» imposed by the US government against Caracas, «which is still in force», and which also permeates Monómeros for being part of the Venezuelan oil industry, must be studied.Is Venezuela taking steps to recover Monómeros?

Colombian media assure that the Venezuelan State-owned company Pequiven has already initiated actions to retake control of Monómeros, by presenting an official Memorandum before the Barranquilla Chamber of Commerce, with the names of those who would be integrating the new board of directors.

The Government of Nicolás Maduro filed an official Memorandum before the Barranquilla Chamber of Commerce, in what would be a first step to regain control of the company. The document, which was sent on August 8, is signed by Pedro Rafael Ruiz, the president of the main shareholder of Monómeros: Pequiven.

It establishes that after a meeting of the main shareholders, including Copequin, Fertilizadores de Oriente, International Petrochemicals Holding Limited and Pequilago, the decision was made to appoint a new general manager and members of the board of directors, with their respective substitutes.

What remains to be defined is whether or not a resolution of the Superintendency of Companies allows the Venezuelan government to regain control of the company.Why is the situation with Monómeros so controversial?

The petrochemical company —which is based in the city of Barranquilla, on the Caribbean coast of Colombia— has been controversial in recent years, after it was taken over in 2019 by the government of Iván Duque, who later ceded it to Juan Guaidó, the former deputy who proclaimed himself “interim president” of Venezuela.

The controversy with Monómeros became visible on January 31, 2019, when the Colombian authorities denied entry to the country to the head of the company, Ronald Ramírez, whom they accused of being a «collaborator» of the Venezuelan president, Nicolás Maduro. The measure was taken after Bogotá unilaterally decided to ignore the Venezuelan government.

Months later, Guaidó’s «interim government» swore in a «new directive» at Monómeros and took control of the company, until then considered Venezuela’s second largest asset abroad, only behind the Citgo refinery. also taken in 2019 by the US and delivered into the hands of the former opposition deputy.

Since then, the Venezuelan government has demanded the return of the petrochemical company and has denounced that a robbery and embezzlement of the company’s funds has been carried out since it is ‘in the hands’ of Guaidó.

The complaint is not only by the Maduro government, but it is also a situation that even the former allies of the Venezuelan opposition have warned about, in an attempt to distance themselves from the illicit acts that put the company on the verge of bankruptcy.»Monómeros in the hands of Guaidó was a disaster»

At the beginning of July, the Petro team that was connecting with the Duque government for the transition of command, expressed its concern about the chaotic situation inMonómeros and, above all, because the company was still under the control of Guaidó.

Velasco denounced that Guaidó took the company to its worst scenario and warned, referring to the Venezuelan opponent, that the new Colombian government cannot «continue talking with ghosts that do not exist».

“It is not producing (Monómeros) and we are buying the inputs at three times (more) of what we used to pay before”, said Velasco about the current situation of the petrochemical company, a company that Petro himself considered should be returned to Venezuela.
The intervention of Monómeros

The irregularities and the dramatic situation generated by Guaidó in Monómeros –which came to supply almost 50% of the products necessary for Colombian agriculture– led the Duque government itself to intervene in its administration, through the Superintendency of Companies.

For this reason, the Colombian Government proceeded to intervene in Monómeros in August 2021. According to the Superintendency of Companies, the operation was carried out to «correct a critical legal, accounting, economic and administrative situation», put financial order, correct its course and protect the interests of the investors from any possible risk.

One year after the intervention, the Superintendency decided to remove direct supervision in Monómeros, considering that it had managed to «normalize» the «legal and administrative situations» that put the company at «risk of insolvency». However, the petrochemical company will continue to be audited under a degree of surveillance, a measure that requires compliance with a series of conditions.

Monómeros must present every three months, starting in October 2022 and until the second quarter of 2023, its duly certified financial statements, as well as «a detailed report of the progress made during the corresponding period, of the improvement plan approved by its assembly of shareholders to overcome the situations that caused the submission to the degree of control supervision».

According to the Superintendence, by the end of 2021, with the intervention underway, Monómeros’ assets had an increase of 9.63% compared to 2020. Its income would have grown 26.01%, about 230,000 dollars, and profits increased by over 80%, more than 13 million dollars, resources that since 2019 are only controlled by the Guaidó board, widely questioned for its opaque management.Why is it so important for Venezuela and Colombia?

Monómeros has an installed capacity to produce 1.3 million tons of organic and inorganic substances for large-scale agriculture. For agribusiness, the company produces and markets mixtures of fertilizers, manures, and feed for farm animals.

Monómeros is credited with covering more than 70% of the demand for agrochemicals needed by potato, coffee and palm growers in Colombia. In addition, according to company data, its products are exported to more than 50 countries.

The company has its own docks in Barranquilla, which facilitates a lower transportation cost for buyers. Likewise, it operates with two petrochemical complexes: one located at the mouth of the Río Grande de la Magdalena; and the other in Buenaventura, the leading Colombian port for foreign trade.

Monómeros was bought in 2006 by Pequiven, the main Venezuelan State-owned petrochemical company, which acquired 100% of the company’s shares, managed in the past by a consortium of Colombian public and private companies.