Vilcabamba: the story of the «sacred valley of longevity» that is in Ecuador

Vilcabamba is a city located in the province of Loja, in southern Ecuador
Share 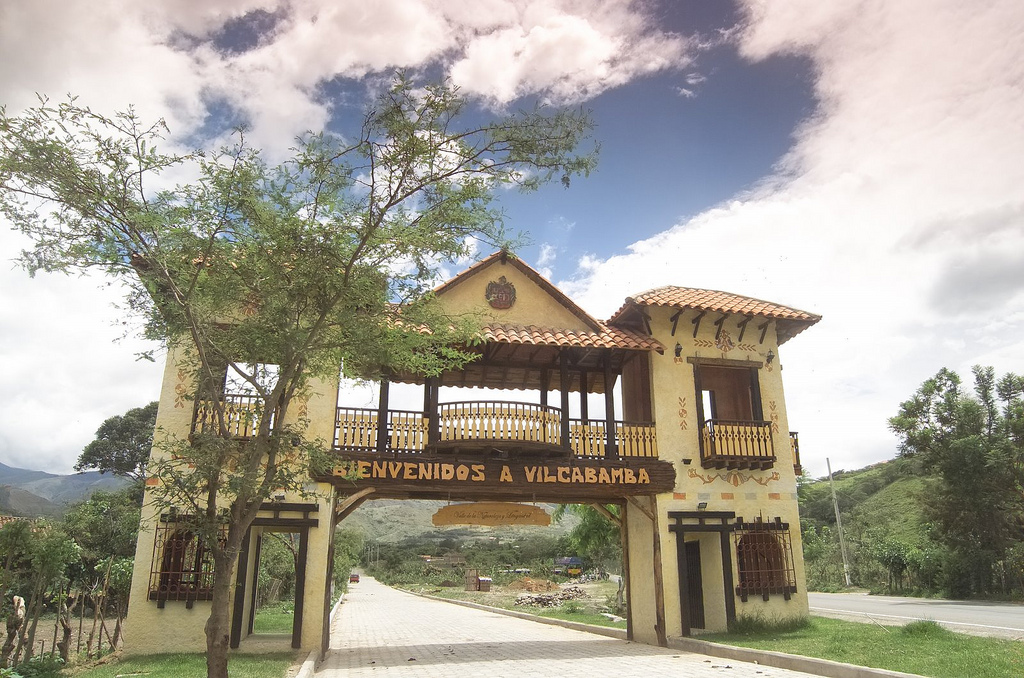 Vilcabamba is a city located in the province of Loja, in southern Ecuador. It is the southernmost city in this South American country and is known as «the sacred valley of longevity».

«Sacred valley» is precisely the meaning of Vilcabamba in Quichua. And it is related to longevity due to the fact that its inhabitants manage to live more than 100 years, enjoying good health.

This part of the Ecuadorian Sierra gained its worldwide fame in the 1970s, when «a study was deployed by several scientists from around the world», who were interested in investigating and discovering the reason for this long life, said Carlos Ortiz, the president of the Parish Autonomous Decentralized Government (GAD) of Vilcabamba, in an interview with RT,

Over time, the number of people that have lived over a hundred years has decreased. Now, there are 47, according to the leader of the approximately 7,200 inhabitants that the city has.

«Unfortunately, a few days ago, Vilcabamba lost one of its inhabitants, 110 years old», said the interviewee, and at the same time, he indicated that there are some up to 108 years old, who «are fine» and that is what he considers «curious».

To reach a very old age

However, it is still remarkable, says Ortiz, that today the people of this place «reach a very old age with very good physical and mental health, that is, they can develop in any activity».

He pointed out that in the city there is a center for the elderly, which houses people between 80 and 95 years old, “where they do their things by themselves, they practice organic agriculture, make some handicrafts, and they have a dance group».

The elderly have an important participation in the cultural events of the city, such as carnivals, in February, and the festivities in honor of the Sacred Heart of Jesus, which take place in the last week of July.

Another of the notable points of this city for the elderly is that «there is not a high number of people with cardiovascular diseases», emphasizes Ortiz.

The opposite effect occurs in the rest of the country, where, precisely, cardiovascular diseases are the main cause of mortality. In 2019, 26.49% of deaths in Ecuador were due to this cause, according to data provided by the Ministry of Public Health.

The water of Vilcabamba

The social leader points out that «there has always been this mystery of discovering what makes people live for so many years» in this small city of Ecuador.

One of the causes to which this is attributed is related to the local water, which contains, among others, minerals such as gold and colloidal silver, as well as magnesium and calcium.

This has been found on the slopes of the Chamba and Uchima rivers, and in the multiple streams that run through the sacred valley.

According to Ortiz, the water that reaches Vilcabamba «is born in the upper part of the Andes Mountains and there is no pollution» on its way to this town. He indicated that in most neighborhoods they consume this water «which has a treatment system, but minimal», although the one that goes to the city center is made potable.

«There is a central neighborhood in Vilcabamba, which is called Los Huilcos, that neighborhood has an underground water system […] suitable for consumption», says Ortiz.

At the moment, the contribution of the water as a promoter for longevity remains 100% unproven. Ortiz indicated that, currently, a university – whose name he decided to reserve – is conducting studies on genetics to delve deeper and try to determine the reason.

There are people who point out other factors, such as the climate, the location of the valley, the diet and the physical exercise of its inhabitants.

Located in the southern part of the Sierra de Ecuador, at about 1,500 meters above sea level, Vilcabamba has a dry subtropical climate, which varies between 16 and 23 degrees Celsius a year.

«We are located in a privileged valley, because the nearby areas, some, if they are not very hot, are too cold, that is, they do not have that middle point that Vilcabamba has», explained Ortiz.

In this town, among the main natural tourist attractions is the Cerro Mandango, a kind of «God that lays down», according to Ortiz, although it is also related to the «face of an Inca»; likewise are its rivers and the El Palto waterfall.
There are also some archaeological sites, found in the Taranza sector, from the time of the Incas (1460–1532). For this reason, the GAD is working to launch, together with the country’s Ministry of Tourism, this destination that – says Ortiz – will be the «Ruins of the city of Taranza».

In addition, ecological agriculture is practiced in Vilcabamba, where healthy food is produced, which is sold, mainly, in a fair that takes place every Saturday.

«It is one of the towns that aims to be one of the few where chemicals are not used (in the crops) to avoid, precisely, pollution and allow Vilcabamba to continue to be conserved as a health destination», emphasizes Ortiz .

Its inhabitants have a fairly healthy diet, with a diet low in fat and high in fiber, with legumes, grains, vegetables and cereals. This is attributed to the very low incidence of cardiovascular diseases.

In addition to this, they have the healthy habit of going for a walk or jogging early in the morning. «Since 5:00 in the morning, many people are already walking in different sectors. It is very natural in Vilcabamba», adds Ortiz, and this is added to the hard work in the field.

With the fame it gained decades ago and still retains worldwide, Vilcabamba is known as a destination for retired people and for improving health.

It is enough to walk through its streets to realize the large number of foreigners in the place, precisely seduced by the long life that this valley grants.

«There are many testimonies of foreigners who have come to Vilcabamba, some unable to walk, using their electric wheelchair, others with crutches, others with obesity and in a year or a year and a half later they already have a normal life, walking, riding on bicycles, it’s funny», says Ortiz.

Those testimonials have attracted more people to the place. Some have stayed to live, while others spend a few months. Ortiz estimates that there are around 1,000 foreigners who have already settled permanently.

According to Ortiz, most of the foreigners come from the US and Canada, but there are also Germans and Italians; and, in a smaller number, there are people, even, from South Korea.