It is just a few days before the outgoing president of the United States, Donald Trump, leaves the White House
Share 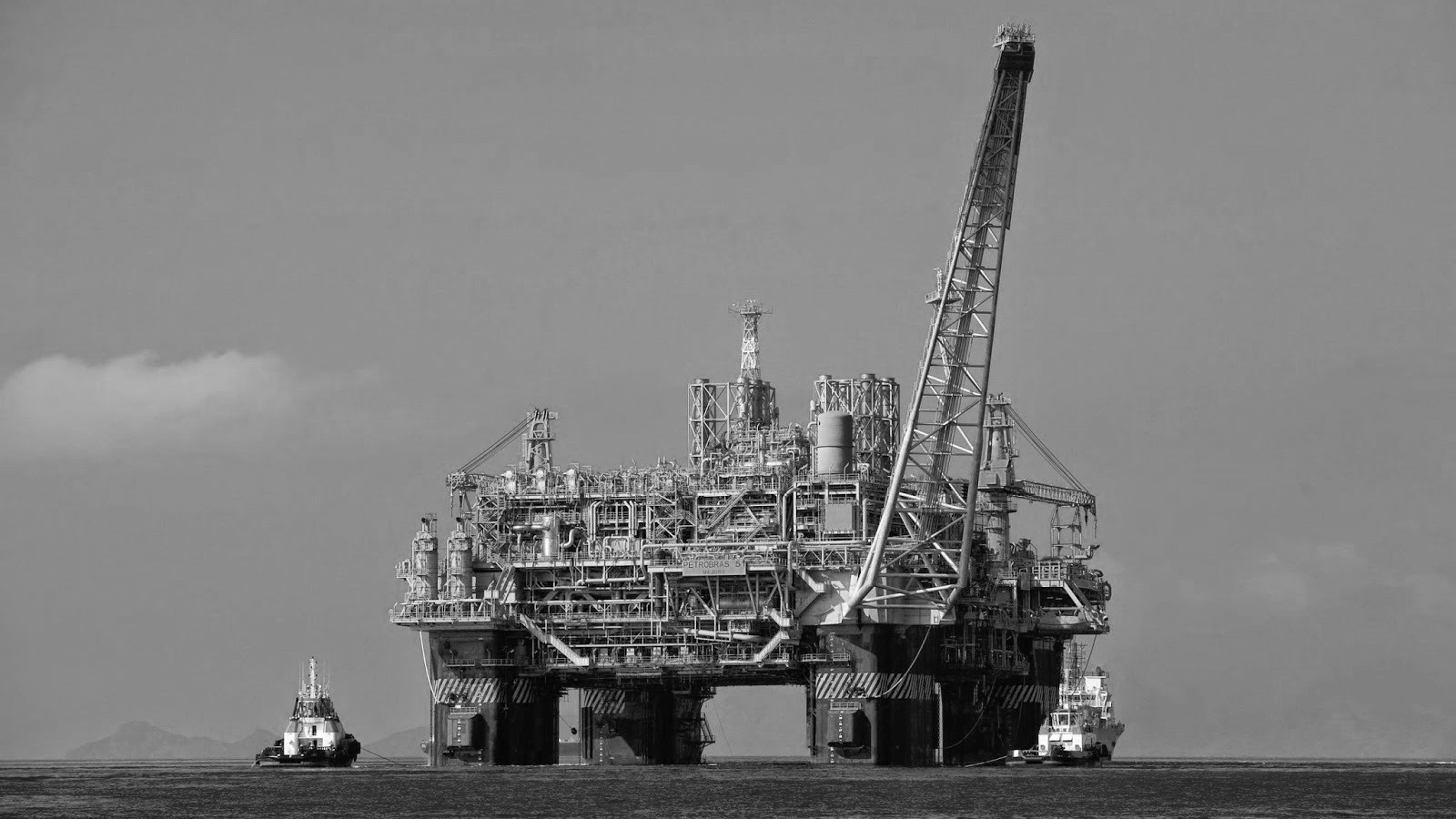 It is just a few days before the outgoing president of the United States, Donald Trump, leaves the White House. However, his administration seeks to initiate an unprecedented war between Venezuela and Guyana, due to the enormous mineral, gold, natural and energy wealth in the extensive Essequibo region. That vast territory has historically belonged to Venezuelans, but due to colonial actions by the United Kingdom it fell into dispute.

Washington is determined to seize control of the country by violent means. That is why it encourages coups d’état, seditious actions and even warlike conflicts against the Bolivarian nation. Everything has worsened since Venezuela discovered that it has the largest oil reserves in the world. In addition, it also has enormous reserves of gas, gold, coltan, diamond, iron, among other natural, mineral and energy riches.

The most ‘media supported’ plans against Venezuela are known and perpetrated from Colombia with the complicity of the ‘Uribism’. But the United States is also trying to set the country on fire from Brazil, something that has not had the support of the Armed Forces of the South American giant.

In recent years, Washington has wanted to access the Essequibo and even support Guyana to steal that region. It even ‘seduces’ them by offering billion-dollar business through US oil companies, including Exxon Mobil.

So, it is not only the United Kingdom and the European Union (EU) who are interested in doing business in the Essequibo. The United States wants to jump right in and that is why it directs incursions carried out by vessels contracted by Exxon Mobil. They have even carried out ‘labours’ within the disputed space and invaded the Venezuelan maritime space.

Maduro announces measures in defense of the Essequibo

To prevent new incursions and protect Venezuelan territory, President Nicolás Maduro announced this week the establishment of the Territory for the Development of the Atlantic Facade of the Bolivarian Republic of Venezuela. The firm purpose is to defend the historical rights of the Venezuelans and their sacred national soil.

“I have in my hands to sign the Decree by which a new maritime territory of the Republic is established. It is part of the battery of legal, diplomatic, political and State actions to defend our sacred rights of 200 years of the Republic», said Maduro. Together with the National Defense Council (Codena) and the State Council, he gave his total backing to the defense of the Essequibo against the claims of transnational companies that are behind “suspicious sentences” of the International Court of Justice (ICJ).

The president read part of the Decree, whose article 1 creates the “Strategic Development Zone of the Atlantic Façade”. Its objective is to provide protection and safeguarding of the Venezuelan jurisdiction in its continental spaces. It includes inland marine areas, historical and vital limits of the country.

Likewise, he explained that the underwater, island, lake, river, and territorial sea areas are included; on the straight bases adopted in the past or in the present by Venezuela. It also includes the soil, subsoil, continental, insular and maritime airspace, resources and other interests that are found or discovered.

Likewise, the contiguous maritime zone, the continental shelf and the exclusive economic zone are incorporated into the new territory. This includes aerospace, underlying outer space, and any other dimension that affects national security.

Trump wants to start a war over the Essequibo

The vice president of Venezuela, Delcy Rodríguez, addressed the issue this Monday, January 11. That same day, joint «military exercises» began between the US Southern Command and Guyana. In addition, the maneuvers coincide with Exxon Mobil’s work within the Essequibo territory.

Rodríguez alerted the countries of the region about these military exercises, since they are taking place on the Atlantic facade near Venezuela. In addition, she recalled that they occur in jurisdictional waters of the Essequibo, all on Trump’s orders.

“We are in the presence of an agonizing situation for the United States Government. A few hours before the end of the Trump administration (…) they want to provoke (us)”, stressed Rodríguez. Likewise, she announced that they sent a letter to the Secretary General of the United Nations (UN), António Guterres, to alert the world about this threat to peace and tranquility in the region.

The vice president explained that the alert arises from Venezuela’s concern about these military maneuvers. In fact, she recalled that it is in the hands of the UN «to guarantee peace and stability in this region».

Venezuela rejects the position of the President of Guyana

Rodríguez rejected the recent statements of the President of Guyana, Irfaan Ali, who does not recognize that the Atlantic Façade is Venezuelan territory. She even lamented that he now pretends to present himself «as a victim», when in reality «he has the spirit and the will to seize a territory».

In this sense, the vice president urged the Guyanese government to «be consistent». She also asked that they «not make an escalation supported by the outgoing US government».

Likewise, she called on the Caribbean countries to reject these actions that represent a provocation for the entire region. At the same time, she reiterated that Venezuela has never recognized the jurisdiction of the ICJ in the decisions on the dispute with Guyana over the Essequibo territory.

Rodríguez stressed that Guyana has demonstrated throughout history its unwillingness to peacefully resolve the dispute. “Guyana never had a true and real disposition to negotiate. You have been acting in bad faith and this is demonstrated by the signing of the agreement with Exxon Mobil. Also with the haughty, provocative statements that threaten the peace of the region, by its highest authorities”.

The dispute over the Essequibo must be peaceful

The Venezuelan Foreign Minister, Jorge Arreaza, also rejected the statements of the Guyanese president on «matters related to our internal jurisdiction».

On his Twitter account, the diplomat published a statement in which he described Irfaan Ali’s declarations as regrettable. Arreaza denounces that they only seek confrontation, seduced by the interests of Exxon Mobil and the outgoing Trump regime.

The Chancellor says that from Georgetown they make false and disrespectful accusations and move the country away from the path of negotiation. In the same way, he condemns that it intended to use an abusive use of force to appropriate the Essequibo.

In this sense, he assured that Venezuela will act in accordance with strict adherence to legality and as a firm believer in the path of friendly cooperation. For this reason, he reiterated to Guyana the invitation to redirect the dispute in the legal framework of the Geneva Agreement.

The Armed Forces protects the territory

Defense Minister Vladimir Padrino López explained this Monday that the National Armed Forces are in permanent patrol and protection of all geographic areas of Venezuela. In addition, he recalled the failure of the maritime incursions in Venezuelan waters, by ships contracted by the ExxonMobil Corporation company.

Padrino López highlighted that, «since 2013, research vessels dare to explore and investigate in uncontroversial jurisdictional waters» of Venezuela.

In that sense, he recalled the case of the Teknik Perdana ship, in 2013. A group of tasks vessels were sent and based on the protocols established in international maritime law, that ship was taken to a Venezuelan port.

He also cited a case in 2018. Two vessels, one for seismic research and the other for support, also contracted by Exxon Mobil, entered Venezuelan waters. This time, the Armed Forces practiced the rigorous protocols, acted and expelled the two vessels.

He stressed that the Armed Forces currently maintains, and even more so, a permanent patrol on the Atlantic coast. The sole objective is to protect the sovereignty of the Venezuelan territory in its entirety: land, sea and air.

The Geneva Agreement is unrenounceable

He also stressed that these warlike gestures are the product of the «dying» Trump’s administration desperation to steal natural resources, through Exxon Mobil.

Likewise, he pointed out that Trump’s position on the Venezuelan Essequibo represents a greater escalation threat. He stressed that «it is an empire meddling in internal affairs that correspond to be resolved between the two states», in this case Venezuela and Guyana.

In addition, he assured that Venezuela, under no circumstances, has renounced the 1966 Geneva Agreement to resolve the conflict over the Essequibo. His bet is on a «practical, peaceful and satisfactory solution for the parties».

Regarding joint military exercises, he pointed out: “When an empire becomes part of the controversy, it represents a great threat to the region. Today it is against Venezuela, tomorrow it can be against any country in the region. We see these exercises as a clear provocation to the interests of the Homeland ”.

Finally, he added that the Armed Forces will guarantee the independence and sovereignty of the territory. “Venezuelans must be sure that we will watch over every inch of the geographic space that makes up our territory. We are constantly patrolling the Atlantic coast ”.

The research portal La Tabla revealed how the Guyana regime allows oil companies to operate in the Essequibo area, despite the fact that the 1966 Geneva Agreement prohibits it.

«In 2015, Exxon Mobil found oil in two of the three exploratory wells at the Liza prospect (off Georgetown), Stabroek block (26,800 square kilometers) located within the territorial waters of the disputed area».

In this sense, La Tabla indicates that “after the initial studies, Exxon Mobil requested from Guayana, in March 2017, a license to extract crude oil in waters considered part of the Essequibo”.

The request was accepted by the Commissioner of Mines and Geology, Newell Dennison, «despite the fact that the Geneva Agreement (1966) prevents it».

This area, located between Guyana and Suriname, is «recognized by the United States Geological Survey as the second largest area in the world with unexplored oil». They even estimate that by 2026, «it will produce more than 750 thousand barrels of oil daily».