What is ‘chineo’? the Dantesque and savage colonial crime that naturalizes the gang rape of indigenous women in Argentina

Indigenous movements and feminist groups intensified the campaign to denounce and combat «el chineo», a colonialist crime that persists in several provinces of Argentina and that allows white men to gang rape women of indigenous peoples, including minors
Share 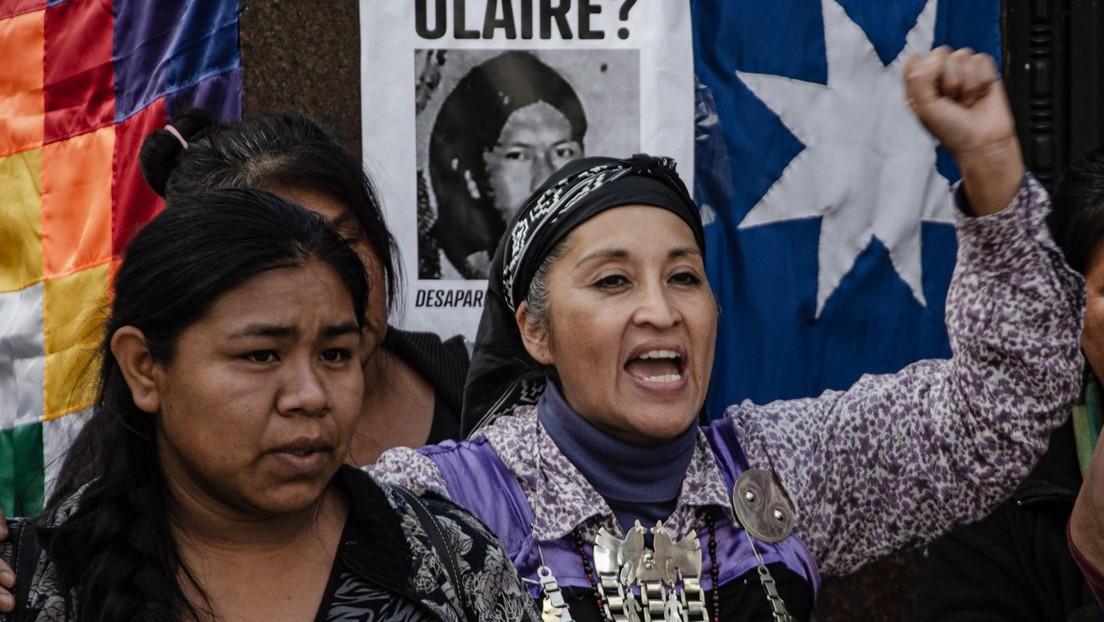 Indigenous movements and feminist groups intensified the campaign to denounce and combat «el chineo», a colonialist crime that persists in several provinces of Argentina and that allows white men to gang rape women of indigenous peoples, including minors.

This crime, which is naturalized in the communities but is not talked about much, was exposed in the past during the Third Plurinational Parliament of Women and Indigenous Diversities for Good Living that was held in Salta, one of the most affected provinces.

There, more than 250 women belonging to 20 indigenous nations launched the campaign «Abolition of el chineo, now!» and «Enough of chineo!», and this made it possible to make visible a practice that dates back to the Spanish Conquest and that they described as criminal, racist, colonial and systemic, reports RT.

One of the axes of the strategy is to use the terms used by the men who commit these crimes, and that are summoned with phrases such as «go out to chinear«, that is, go out to «hunt them». If they are bosses of farm workers, they send the indigenous men to work in the fields to drive them away from their homes and then they go to rape their wives and daughters. Another way is to start harassing the women, saying compliments and finally abusing them.

«When speaking of gang rape, as a certain political sector wants to call it, the colonial and racist burden of this practice is omitted, that is, the historicity of the crime that dates from colonization to the present day is denied», explains the Movement in its manifesto of Indigenous Women for Good Living.

“We use the word chineo as a political category to redeem the origin of this colonial crime that accounts for how our territorial bodies have been racialized and our lives devalued. We are going to continue using it until impunity is eradicated”, warned the movement.

They also recognize that the term is a word foreign to the indigenous cosmovision and that it even offends many women from those communities. «But we believe that the only way to denaturalize a historically silenced practice is to describe it and call it by the name by which it is known and reproduced. If we omit it, we are denying that they call it that», they explained.The violence in Argentina

The objective of the campaign, which has expanded over the months, is that the «chineo» be classified as a crime of hate and sexual violence against women and girls from indigenous peoples. And, above all, that it be imprescriptible.

As the collectives mobilized, the need for their struggle became increasingly clear. In mid-July, for example, a scandal broke out after Rubén Omar Cuellas, a teacher from the province of Chaco, used sexualized images of indigenous adolescents to promote a music festival, which generated a wave of repudiation and a court case.

«El Trichaco awaits you», invited the criollos (‘white’ people) using a photograph of two young naked Wichis (which is common in their territories), for which he was accused of promoting sexual abuse and other violence against indigenous women.

Last week, the authorities echoed the activist efforts. The National Institute of Indigenous Affairs, the National Secretariat for Children, Adolescents and Family (Senaf) and the Government of Salta presented their own campaign that warns that «Chineo» is child sexual abuse and that indigenous girls have the right to live free from violence.

«It highlights conceptions that we have to banish: the colonialist conception of the Criollos (‘white’ people) about the people of original communities, the patriarchal condition, women as objects and the lack of knowledge that girls have the right to special protection», explained Gabriel Lerner, head from Senaf, who stressed that finally a problem that has allowed girls, adolescents and adults to be objectified and abused is being discussed.

On the other hand, Juana Antieco, a Mapuche woman who belongs to the Indigenous Women’s Movement for Good Living, stressed that «el chineo» is rarely denounced due to the distrust of indigenous women towards Creole authorities.

“There is no justice for the simple reason that the few women who dare to go to the police do not receive complaints. Even more so when it comes to white men, Creoles, who have purchasing power, who are friends of the commissioners and the judges. And in addition, there are many women who do not speak spanish. It’s all a chain», specified Antieco in an interview with the feminist portal Feminacida.

In this way – she lamented – this crime has been perpetuated and has gone unnoticed as violence, since it is masked as «an ancestral cultural issue» that allows white men to continue to consider indigenous women as their property.

In addition to declaring it a hate crime and imprescriptible, the campaign against «el chineo» seeks to penalize it with the maximum penalties provided by law, without access to parole or sentence reduction.

To do this, it proposes denouncing, investigating and condemning the workers, police, gendarmes, military, public officials and even indigenous authorities who commit this crime, as well as the companies, institutions and religious organizations that become their accomplices and accessories.

Among the sanctions, it appeals to the seizure of the property of the violators with a view to offering economic reparations. It also requires the State to create a fund for prevention, recovery and support for the victims.

«To deactivate the scenarios of complicity that generate this crime, the mechanisms of dialogue and representation between the Indigenous Peoples and the State must be reformulated. Thus, from now on, women must be the recipients and administrators of food and social assistance programs. Many chiefs and leading indigenous men take advantage of this place of power to sexually humiliate and subjugate girls and young people from their own community», they explain in their manifesto.

On the other hand, it encourages the State at the national, provincial and municipal levels, to consult indigenous women and diversities to develop protocols to be followed in educational, health, justice and security institutions when «el chineo» is denounced.