What is Duque’s «police transformation» in Colombia about?

Since 2019, several national and international sectors have called for an end to the militarization of the demonstrations in Colombia and have denounced the excessive use of force by the uniformed
Share 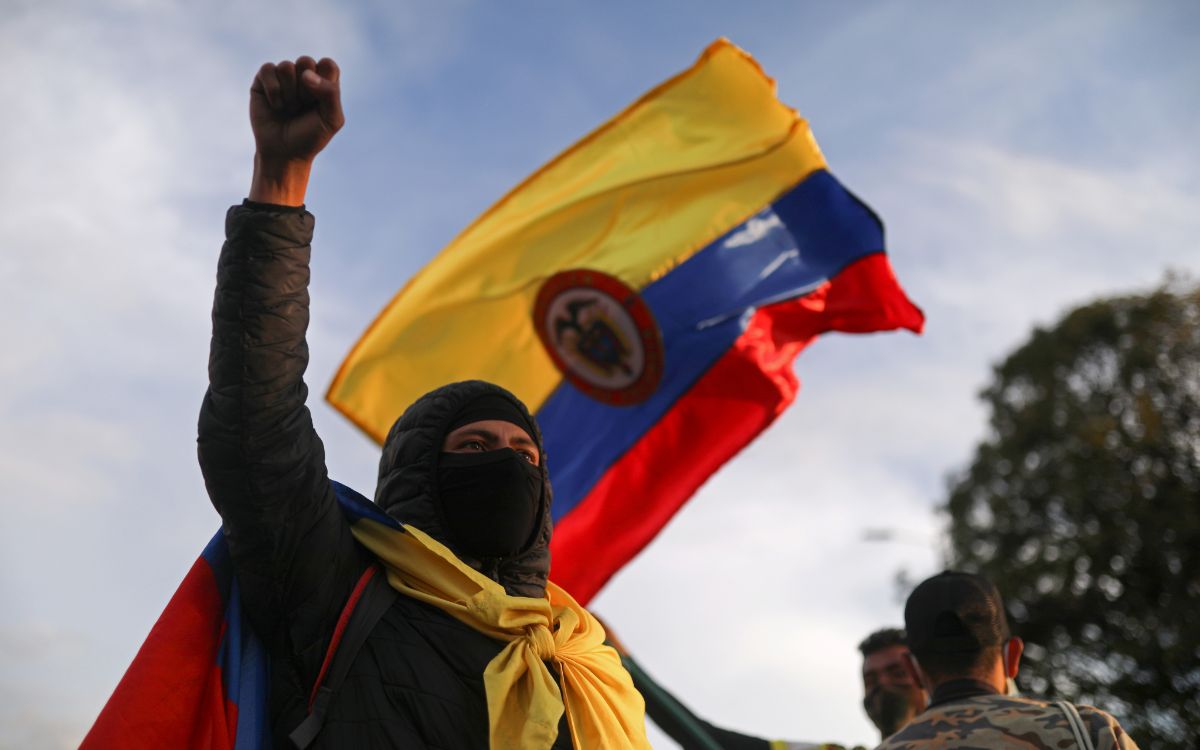 Since 2019, several national and international sectors have called for an end to the militarization of the demonstrations in Colombia and have denounced the excessive use of force by the uniformed.

A new turn has been given to the security policy of President Iván Duque in the context of the protests, after his announcement of police «transformation» and «modernization» of the Ministry of Defense, which coincides with the working visit of a commission of the Inter-American Court of Human Rights (IACHR) to Colombia and amid requests for an end to police violence against protesters.

Last Sunday, the Colombian president, Iván Duque, reported that on July 20 he will present to Congress the ‘Police Disciplinary Statute Bill’. This initiative was announced during a promotion ceremony at the ‘General Santander’ Police Cadet School, in Bogotá. This Cadet School suffered an attack by the National Liberation Army (ELN) in January 2019, which caused a hardening of the Government security policies.

The president announced that his Administration plans to carry out the «integral transformation» of the National Police, which depends on the Ministry of Defense, and the «modernization» of that Ministry led by Diego Molano.

The presidential announcement comes more than a month after the beginning of the anti-government protests in several cities, which have been strongly repressed by the police forces and which have been characterized by complaints from social organizations about the excessive use of force. The Executive has responded to the demands with an increase in the number of uniforms in the streets and with the «maximum military deployment», ordered by Duque in the city of Cali, the epicenter of the demonstrations, after a violent day in which thirteen people died.

Given the increase in deaths, different human rights organizations have published their own records of the victims: the NGO Defender la Libertad handles the number of 76 homicides, of which 34 were perpetrated by the Public Force, while Temblores counts 45 and Indepaz 66. For its part, the Prosecutor’s Office speaks of 48 deaths, of which 20 would be directly related to the protests.

What are the main points?

This proposal includes among its bases the incorporation of international practices and standards in the «legal and legitimate use of force», which have been requested on several occasions by the United Nations (UN) in its reports on the situation of the human rights in the South American country.

The excessive use of the actions of security agents and the abuse of authority during the demonstrations in Colombia have generated an intense debate in the country and the general outcry among different organizations since the protests began in 2019 until now.

This announcement of police «transformation» occurs two days before the expected arrival of the IACHR, which will be in Bogotá and Cali meeting with different sectors to «observe the human rights situation in the framework of the protests that began on April 28», according to a statement. The visit comes after a controversy between the date of arrival and a change of position by Colombia on its approval.

The issue of State security, in addition to containing the protests, has been in the public eye, after it was disclosed in Parliament that the National Police has opened a hiring process for almost ten million pesos (equivalent to 2, 44 million dollars) for the purchase of non-lethal ammunition for the Mobile Anti-Riot Squad (Esmad), which generated sharp criticism among opposition congressmen due to the complex economic situation in the country and the increase in poverty as a result of the pandemic. The Police responded that this acquisition was planned since 2019.

Among the organizations that will be created, according to this bill, are the Vice Ministry of Citizen Security (Ministry of Defense) and the Human Rights Directorate and Observatory (Police). In addition, there will be a new Disciplinary Statute that includes the restructuring of the General Inspection, supervision and control of the police service and a new system for receiving, processing and monitoring complaints and reports.

The point that has generated the most controversy, by those who point it out as a «cosmetic change», has been the new color of the urban Police uniform, which will change from olive green to dark blue, as has been established in other countries. With this renewal, the agent’s name, distinction and plaque will be made more visible, according to Duque. In addition, the patrols will also be blue, there will be surveillance drones, the officials will use body cameras in their procedures and they have planned, for the future, a visible QR code on the new uniform that could be scanned by citizens.

Another issue covered by this draft, which has also been raised previously, is citizen participation in the «transformation» process and the creation of neighborhood quadrants as a «new model of police surveillance». For some, it should have been done before and not after the announcement.

In his speech, Duque also referred to “strengthening” the norms on the “use, carrying and trade of less lethal weapons”, and said that “all the standards in the fight against riots and acts of vandalism are also strengthened by the International cooperation». In this context, the scenario is still undefined in light of the complaints of weapons of lethal use against the protesters and the presence of armed civilians who have accompanied the officers in the containment of the marches.

In this initiative the installation of a Standards Police Center and a new Police University will also be verified.

A long debate in Colombia

Since 2019, in Colombia there have been about six legislative initiatives to reform the National Police and dissolve the Esmad, which have not passed the first debate in Congress, despite the fact that with each wave of mobilizations, the issue returns to the center of public opinion, especially after the deaths of the young protester Dilan Cruz and the lawyer and taxi driver Javier Ordóñez, attributed to soldiers.

Calls for a police reform have not only emerged in national sectors, but the United Nations High Commissioner for Human Rights (OHCHR) has also been calling for an urgent change of the Esmad for a year now.

In a document issued in 2020, the international body stated that the police institution did not comply with international standards for the use of force, by using a 12-gauge rifle loaded with ‘beanbag’ ammunition, with which Cruz was hit; Ill-treatment and torture against protesters and journalists and arbitrary detentions were also reported.

As a recommendation of the UN to the Government, the cessation of militarization in the protest and the transfer of the Police to the Ministry of the Interior were highlighted because it is attached to the Ministry of Defense. These requests have already been made by opposition legislators and social organizations that have repeatedly denounced the excessive response of the security forces to situations of public order and conflicts between illegal armed groups in different regions of the country where civilians are affected.

The voices against this proposal in Colombia

Among the criticisms made by some opposition legislators and experts is the lack of public consultation prior to this draft, the need to investigate complaints of human rights violations and the repeated request to remove the Police from the Defense Ministry, which not yet fulfilled.

In the same way, it has been branded as «late» because «it comes when confidence in the institution has deteriorated», according to the director of the Center for Research and Studies on Armed Conflicts, Jorge Restrepo, who also points out that it is «insufficient» because «there is no reform of security (policies)» and «it is not articulated with the investigation of abuses».