What is Joe Biden up to with his security diplomacy in Central America?

Since taking office, one of President Joe Biden’s challenges has been to curb irregular migration, especially from Central America and southern Mexico
Share 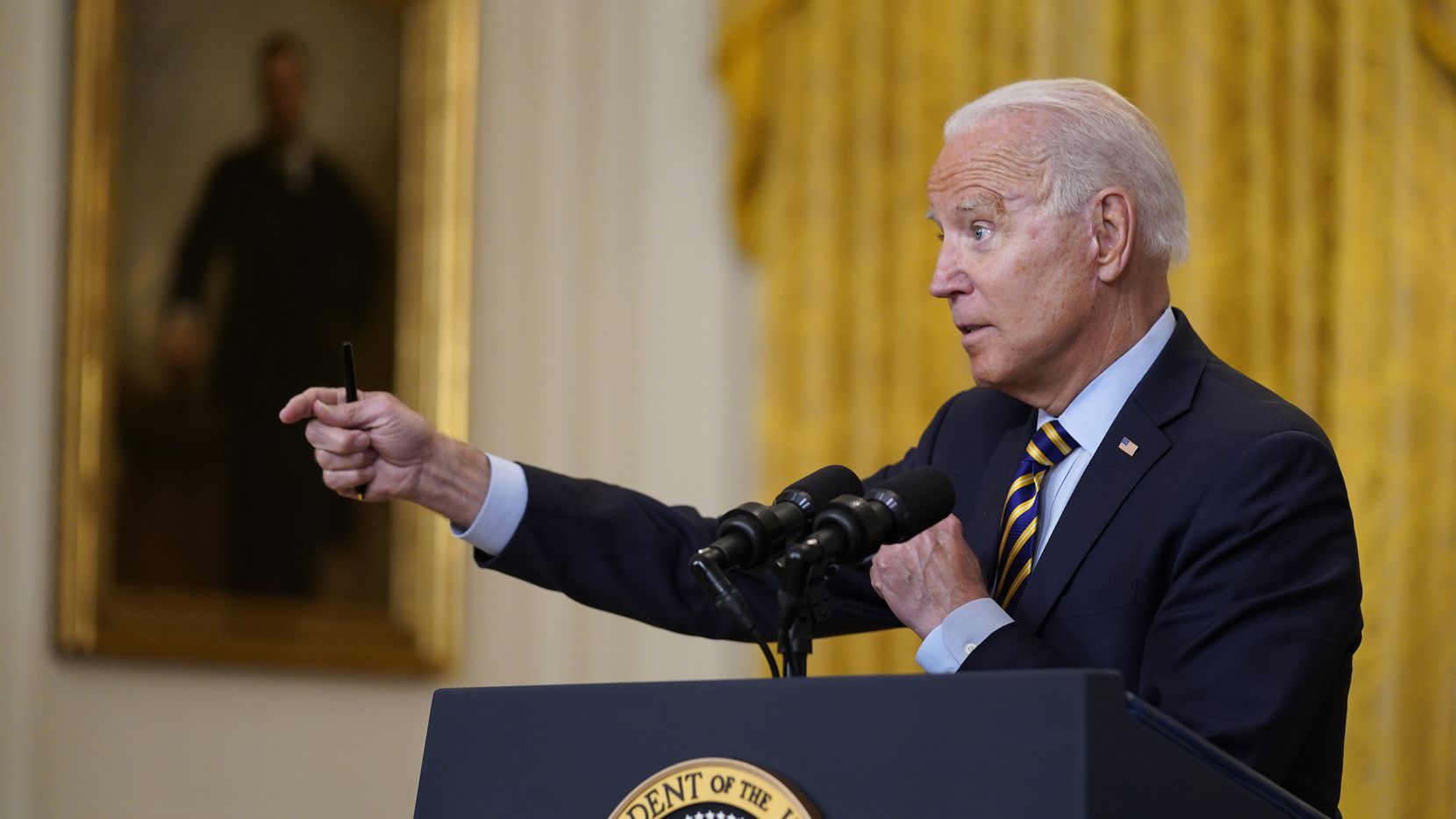 Since taking office, one of President Joe Biden’s challenges has been to curb irregular migration, especially from Central America and southern Mexico. The president assigned Vice President Kamala Harris with the task of managing the matter, with an emphasis on addressing «root causes».

In the little more than five months of government, high-level officials of the Biden Administration have been instructed to contact their counterparts in Mexico and Central America to address the problem, explains Ariel Noyola Rodríguez in an RT report.

On June 1, within the framework of the summit of the Central American Integration System (SICA) held in Costa Rica, the Secretary of the State Department, Antony Blinken, met with his counterparts from Central America and Mexico.

The role played by Harris stands out, as she made a «lightning visit» on June 7 and 8 to Guatemala and Mexico to meet with the presidents of both countries. The fact that Harris did not include El Salvador or Honduras in that work tour drew public attention.

Who did visit the three countries that make up the Northern Triangle (Guatemala, Honduras and El Salvador) a week later was Samantha Power, head of the US Agency for International Development (USAID, for its acronym in English).

Around the same time, on June 14 and 15, Alejandro Mayorkas, secretary of the US Department of Homeland Security (DHS) traveled to Mexico, where he met with the ministers of Foreign Affairs and of Security of the Government of López Obrador to speak about the need to establish a «multiple approach» to stop migration.

On June 23 and 24, the Central American Security Conference (CENTSEC) was held in Panama, an event sponsored by the US Southern Command, where its head, Admiral Craig S. Faller, discussed the strategy to confront irregular migration with the delegations of the public security institutions from Latin American countries, including Mexico and those that are part of the Northern Triangle.

Finally, this week, Victoria Nuland, Vice Minister for Political Affairs of the State Department, traveled to Paraguay, Panama and El Salvador. In the latter country, she held a meeting with President Nayib Bukele and his team to discuss migration and democracy, two of the US issues of ‘alarm’ in relation to that particular Central American nation.

In such a way that, however you look at it, if there has not been something, it is a lack of initiative from the US to address the issue of migration with the Governments of Mexico and Central America. The strategy, however, does not represent an «alternative approach» as Biden asserts.

The objectives of making Central America a «safe, just, and prosperous» region seek to be achieved through an old formula: develop local economies by propping up large corporations, and to combat crime and organized crime through the deployment of the Armed Forces and the establishment of military and security agreements.

Joe Biden’s strategy to promote the economic development of Central America has two axes. On the one hand, ‘humanitarian assistance’, through transfers via USAID. On the other, investments by large corporations to promote the creation of jobs.

It consists of transferring resources from the US into the hands of non-governmental organizations that operate at the local level, and eliminating all barriers that hinder investment and commercial exchanges.

The application of this policy, however, has not yielded results. Foreign direct investment (FDI) flows have not resulted in the development of productive capacities or in the substantive improvement of the population’s living conditions.

Informality persists in the labor market. According to data updated to 2020, on average, 77% of the inhabitants of Guatemala, Honduras and El Salvador have an informal job. Employed as peasants, street vendors, domestic workers, or in the service sector, most receive low wages and lack social security benefits.

It is a region whose economies depend on remittances (remesas), not on investment from abroad. In 2019, according to data from the United Nations Conference on Trade and Development (UNCTAD), FDI to Guatemala, Honduras and El Salvador reached 2.2 billion dollars. That same year, remittances reached $ 22 billion, that is, 10 times the FDI flows.

Biden’s strategy is to continue to encourage investment. At the end of May, Vice President Kamala Harris issued a ‘call to action’, which includes a commitment to «promote inclusive economic development» in Central America by 12 companies and organizations, including Bancolombia, Chobani, Davivienda , Duolingo, Mastercard, Microsoft, Nespresso and the World Economic Forum.

In this same sense, the head of USAID, Samantha Power, announced, during her visit to Guatemala in mid-June, financing programs (for 7.5 million dollars) and leverage (for 31 million dollars) to support companies from the US and Central America, among which the Target Foundation, PriceMart, Argidius, Root Capital, DTI International and Fundea stand out.

Most of the companies involved in the plans released by Harris and Power, however, require a high level of qualification for the job. And given the lag in education and the acquisition of job skills in the countries that make up the Northern Triangle, it is questionable whether the population will be hired.

A direct support plan is promoted by the President of Mexico, Andrés Manuel López Obrador (AMLO), who proposes expanding the social programs ‘Sowing Life’ and ‘Young People Building the Future’ to the Northern Triangle; the first to support farmers, and the second aimed at young people who do not study or find work.

The initiative promoted by the Mexican president so far has not received funding from the US. During her visit to Mexico, Harris signed a ‘memorandum of understanding’ between USAID and AMEXCID (Mexican Agency for International Development Cooperation ), in which areas of cooperation are established, however, resources have not yet been channeled towards the social programs proposed by AMLO.

Beyond the back-and-forth between Democrats and Republicans, both sides agree to militarize the US southern border and beyond. As soon as he took office, President Biden pressured his counterparts in Mexico and Central America to deploy thousands of elements of their Armed Forces and security forces.

For the United States, Latin America and the Caribbean is considered a region of «highest priority» and of «vital interest», according to its International Security Strategy. That is how Admiral Craig S. Faller, current head of the US Southern Command, recalled during his participation in the Central American Security Conference (CENTSEC) last week.

In addition to the US $ 310 million ‘humanitarian assistance’ that the US pledged to provide to Central America as a result of hurricanes Eta and Iota, senior military commanders in Washington have organized various training programs for the Armed Forces and security forces of Guatemala, Honduras and El Salvador.

To spearhead the articulation of a regional security strategy under the commitment to «deter adversaries, preserve stability, support allies and partners, and cooperate with others to face challenges», are Washington’s objectives in the region. in accordance with the guidelines of the US Southern Command.

However, the massive deployment of the Armed Forces and security forces, as well as the implementation of joint actions, have not managed to reduce the flow of people to the American Union, who continue to leave their countries of origin due to lack of opportunities, insecurity and threats from organized crime, or natural disasters.

In May, the US Border Patrol detained 180,000 migrants at the southwest border, 23,000 more migrants compared to the same month last year, according to official data.

According to an analysis published by the Washington Office for Latin American Affairs (WOLA), the militarization of borders, far from deterring migration, only increases the risks of human rights violations, since it forces people to look for more dangerous routes.