Who is Leonidas Iza Salazar? The indigenous leader who takes the center stage in Ecuador

Leonidas Iza Salazar was elected last June as the new president of the Confederation of Indigenous Nationalities of Ecuador (Conaie), in the VII Congress of the organization, for the period 2021-2024
Share 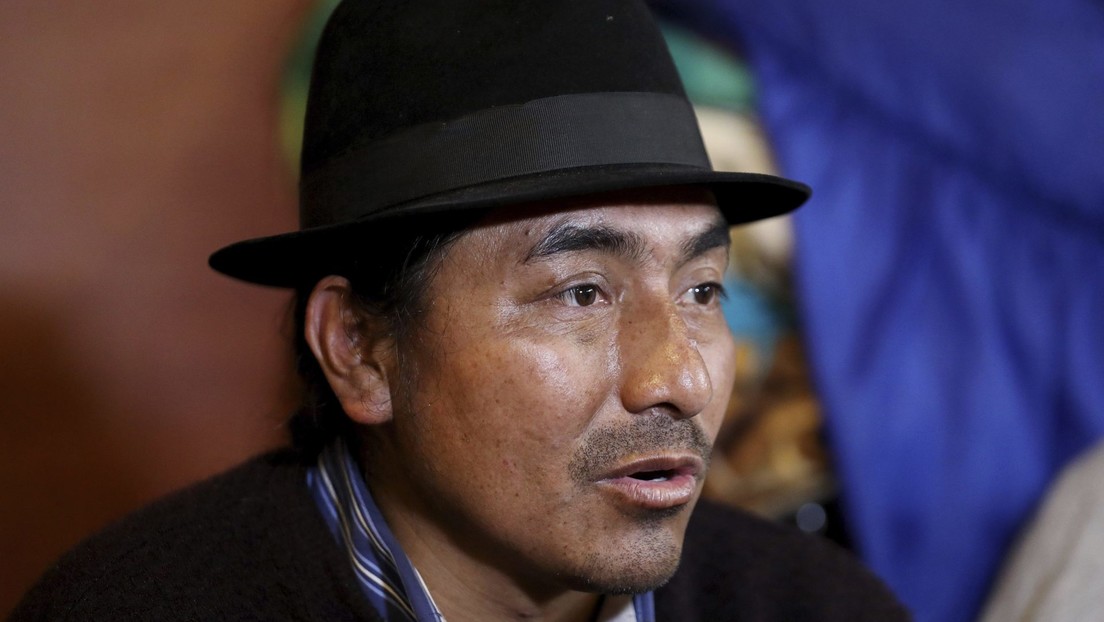 Leonidas Iza Salazar was elected last June as the new president of the Confederation of Indigenous Nationalities of Ecuador (Conaie), in the VII Congress of the organization, for the period 2021-2024.

Iza was, by far, the most voted candidate, reaching 821 votes; compared to the 287 obtained by María Andrade, from the Saraguro people, and the 153 by Marco Guatemal, from the indigenous communities of the Sierra Norte, explains journalist Edgar Romero in a report for RT.

«I thank the bases of the peoples and nationalities that attended the VII Congress of Conaie for this appointment. We receive this victory with the commitment to continue working for the unity of our organization for social transformation», Iza wrote on his Twitter account.

After knowing the results of this election, Iza’s followers celebrated, with shouts like «Iza, Iza begins the beating» («Iza, Iza comienza la paliza») or «Iza, my friend, the people are with you».

What is the Conaie?

Conaie, established in 1986, is the largest indigenous organization in Ecuador and is made up of three regional organizations:

The movement gained strength with the first great indigenous uprising that they did in 1990, during the presidency of Rodrigo Borja. Their demands were the recognition of the Plurinational State, access to water sources, legalization of land, among others.

In 1994, they made the conservative regime of Sixto Durán Ballén reverse the approval of an Agrarian Law; in 1997 they joined the social movement strike that led to the downfall of President Andalá Bucaram; in 1998 they achieved the incorporation of the Collective Rights of indigenous peoples in the Constitution of the Republic; in 2000 they participated in the overthrow of then-president Jamil Mahuad; and in 2005 they were part of the mobilizations that overthrew President Lucio Gutiérrez.

One of the last major manifestations of the Conaie was that of October 2019, against the administration of Lenín Moreno. The popular uprising was started by transport workers from different federations in the country, after the president announced the elimination of subsidies for extra gasoline and eco-country, the most used in Ecuador, as well as diesel, which caused an increase in their prices; as part of an agreement with the International Monetary Fund (IMF).

The transport workers lifted the strike, but the Conaie took the lead in the protests, which lasted from October 3 to 13, when finally Moreno yielded and eliminated the decree that generated the demonstrations.

The balance of this social outbreak was 11 dead, 1,340 injured, including 11 people who lost an eye, and 1,192 detainees, according to data from the Ombudsman’s Office.

Iza: «Do not underestimate the indigenous movement»

Iza, along with the then president of the Conaie Jaime Vargas, was one of the leaders of those demonstrations in October 2019. Then, he became more notorious at the national level.

This 39-year-old man, an environmental engineer and president of the Cotopaxi Indigenous and Peasant Movement (MICC), participated in the dialogue that was generated with the Ecuadorian government that achieved the end of the outbreak.

«Gentlemen of the Government, do not underestimate the indigenous movement», said Iza during the negotiations, in which he criticized the repression of the public force against the protesters. «Since 1998 I have been in mobilization processes and we have never seen a level of brutal violence such as we have seen on these days», he said.

In those dialogues, he presented several proposals in order to repeal the decree that eliminated the State subsidy for gasoline and diesel, such as a tax on those who have more wealth  (specifically for fuel), seizure of property and money from the corrupt and the elimination of lifetime salaries in the public administration.

After this leadership in the demonstrations, Iza, like Vargas, was denounced for an alleged instigation of sabotage and terrorism in the framework of the social outbreak.

It was also after his participation in these protests, in January 2020, the Council for Citizen Participation and Social Control (CPCCS) awarded Iza a recognition for «his career in matters of citizen participation, human rights and social organization» in the Cotopaxi province.

In 2020, this indigenous leader was considered a candidate for the country’s Presidency within the Pachakutik Plurinational Unity Movement, the political arm of Conaie; However, the organization finally opted for Yaku Pérez, who came in third place in the first round of the presidential elections, held on February 7.

On June 11, the MICC, led by Iza, took to the streets again to demonstrate against the rise in fuel prices.

Although in October 2019 the social outbreak pushed back the Government, in 2020 Moreno issued several decrees, among them 1054 and 1158, of May and September 2020, respectively, which have caused the increase in the prices of these products.

For example, in the 1054 decree, it established a system of fuel price bands, to gradually reduce the State subsidy that they had; which causes the value of these products to fluctuate every month since then. Meanwhile, the 1158 decree freed the importation of petroleum derivatives by private parties; specifically, this sector can import gasoline, diesel, industrial gas and others.

The MICC has asked the new Government, Guillermo Lasso, to repeal these decrees; Likewise, they delivered a list of requests, among them that a one-year moratorium be declared on the credits that these producers have acquired with the banks, that fair prices be set for the products of the peasants and that their costs be stable for consumers, the legalization of community transport in their areas; They also reject the precariousness of intercultural education and the advance of mining in Ecuador.