Why did the OAS have a fight with El Salvador and what consequences can this conflict bring? 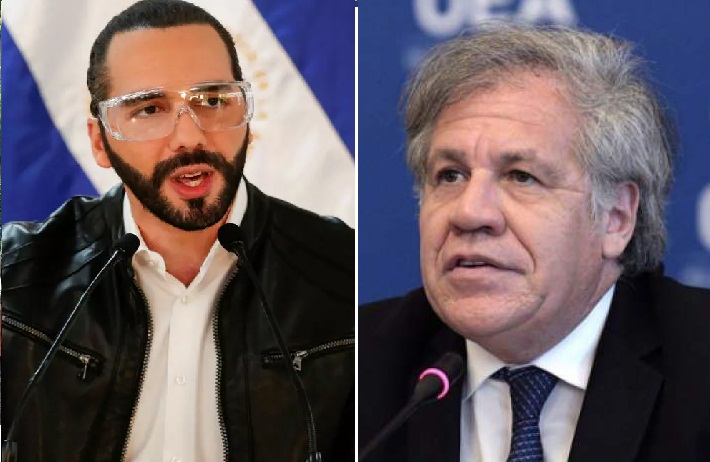 Three days passed for the General Secretariat of the Organization of American States (OAS) to pronounce itself on the decision of the government of El Salvador to break the agreement to combat corruption with the International Commission against Impunity (Cicies).

The OAS said on Monday that it regretted «deeply» both «the Press Release of the Ministry of Foreign Affairs of El Salvador» and «the reasons stated» by the government of Nayib Bukele for ending the agreement with Cicies.

El Salvador considered «a complete nonsense» that the Secretary General, Luis Almagro, added Ernesto Muyshondt – currently prosecuted by the justice of that country – as an advisor to his office, so it decided to break the agreement with the commission of the OAS.

«We made the mistake of trusting the OAS», Bukele said on Friday. «It is a complete absurdity that we are trying to combat impunity with, precisely, the people who are promoting impunity in El Salvador», added the president in reference to the appointment of Muyshondt in Almagro’s office.

The reaction came after Almagro – highly questioned in his management, especially because of his actions in Venezuela and Bolivia – reported on Twitter that he had agreed to include Muyshondt as an advisor to his office. However, now the General Secretariat says that he «was not hired», but had only been offered «an honorary contract» that «was never signed», reports an RT dispatch.

Almagro’s office alleged that «Muyshondt did not have, does not have and will not have a contract in the Organization» and assured that before «making the offer public», they notified the Salvadoran Foreign Ministry, and «at no time» did they obtain «any discrepancies».

The OAS not only regretted Bukele’s decision, but also criticized that El Salvador’s position was based on «argumentative errors». They allege that even if Muyshondt had been hired, that would not have granted him immunity and «much less» impunity before the Salvadoran courts.

However, the secretariat insisted that it «does not want» that what happened be used «as an excuse» for the departure of the Central American country from the Cicies.

The agency also warns that Muyshondt will not be harmed if «eventually» they had to «consider» the complaints that he has made about an alleged «violation of guarantees of due process» that is brought against him. According to the OAS, these inquiries are related to «prejudging the case by members of the Executive branch, lynching in networks, calling for political activism to put pressure on the judicial headquarters, etc».

Muyshondt is investigated for the alleged negotiation of a series of economic benefits with criminal gangs in exchange for votes for the right-wing Nationalist Republican Alliance (Arena), in the 2014 presidential elections.

The former official was arrested last Friday, June 4, by the National Civil Police, after the Attorney General charged him with a new charge «for the crime of misappropriating withholdings to the detriment of the Public Treasury».

The «differences» of the OAS

Almagro’s office insisted that it had a «duty to make public» the differences with the Government of El Salvador, and assured that they were already known to the «Donors» and Bukele’s office, to whom they informed «that they made impossible the continuation of the works» of the Cicies.

According to the OAS secretariat, the first difference with El Salvador originated on May 5, when that country approved – by legislative decree – a law for the use of products for medical treatments in exceptional health situations to attend the pandemic of the covid-19. According to the agency, this regulation «eventually» would give benefits to people linked to acts of corruption, «due to the immunity established in article 4 of said law», which creates «a framework of eventual impunity» in which the Cicies «could not continue working».

The agency also claims «the need» for El Salvador to approve «a reform to the criminal procedure code» so that extraterritorial organizations – such as the Cicies – can exercise and be part of the judicial action within the country, specifically, «in criminal proceedings and investigations that the Office of the Attorney General of the Republic carry out in those cases of corruption that affect the diffuse rights of the population.

Another difference with the OAS is related to the decision of the Bukele government «not to publish the First Descriptive Report on the Quality, Effectiveness and Legitimacy of the use of Public Funds in response to the covid-19 pandemic». According to Almagro’s office, this report finds «a series of apparently criminal irregularities that need to be investigated». It also denounces that the Salvadoran Attorney General’s Office had carried out «in recent weeks», a «suffocation» against the Cicies to «completely cut off their possibilities» to investigate.

El Salvador’s position and what the US says

For Bukele, the decision not to continue cooperation with that OAS commission is based on «the importance of having principles». “We could have continued working with them and pretended nothing was happening. But we don’t work like that»,  said the president, after expressing his willingness to collaborate with «another organization that does want to fight impunity».

The OAS, for its part, assures that it will continue «regardless of the political costs». Meanwhile, the US embassy in El Salvador, headed by the charge d’affaires, Jean Elizabeth Manes, regretted the decision of the Bukele Administration. «The fight against corruption is essential and fundamental. We are going to continue looking for a way to reduce and combat corruption and impunity», stated the US embassy in the Central American country.

The differences and clashes between the Bukele government and the Joe Biden administration have deepened since January of this year, due to Washington’s rejection of various actions by the Salvadoran State. The most critical point occurred on May 1, when the National Assembly of El Salvador dismissed five members of the Constitutional Chamber of the Supreme Court of Justice and the Attorney General, Raúl Melara.

Now this new dispute arises between the Bukele administration and Almagro’s office, which, for now, places the issue of the fight against corruption as a central axis. Tensions, however, could increase because the institutions’ transparency agenda is one of the pillars of Washington’s relationship in Central America.