Why did the Venezuelan opposition stop abstaining and is going to the ‘mega-elections’?

The main leaders who called for abstention and the violent overthrow of the government, such as Leopoldo López and Julio Borges, whose parties will participate as announced, have stayed silent in the face of the decision taken by their political parties
Share 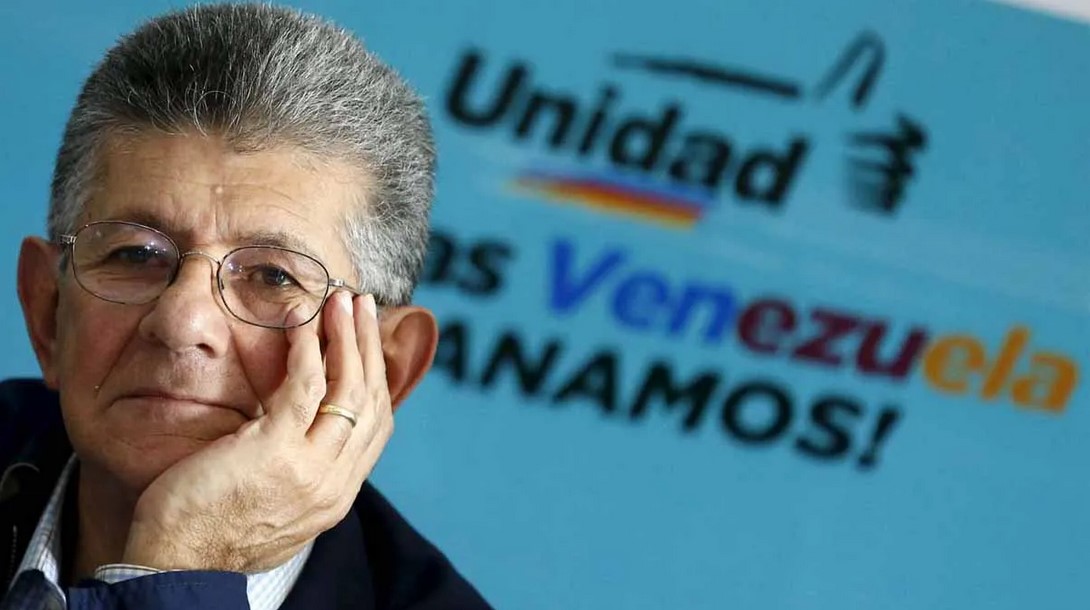 The main leaders who called for abstention and the violent overthrow of the government, such as Leopoldo López and Julio Borges, whose parties will participate as announced, have stayed silent in the face of the decision taken by their political parties.

Last Wednesday, August 31, and after many rumors, the Unitary Platform (Plataforma Unitaria), which brings together the main opposition parties in Venezuela, has decided to participate in the next elections on November 21, where all the mayors and governors of the country will be elected.

The decision was made known by Henry Ramos Allup, leader of the historic Democratic Action party (Acción Democrática): «For fear of laboratories, criticism, insults and offenses, we thought this out very well before participating, but we definitely took a step forward and we are going to participate next November 21».

In this way, Ramos made reference to the media power and social networks of the radical opposition, which label as ‘people who surrender’ or ‘collaborationist’ those who will attend electoral events, comments Ociel Alí López in an opinion article published by RT.

The Unitary Platform is a new organization of which there is still no clarity on who is part of it or its objectives. In any case, they now have to designate their candidates, which will define whether they will finally be united in all regions.

A cycle is closed

After abstaining consecutively during three elections, including the 2018 presidential and 2020 parliamentary elections, the Venezuelan opposition has closed a cycle of violent confrontation and has decided to return to political channels to begin a new phase of participation in the electoral processes.

What happened in Venezuela these years was no small thing. Invasion threats launched by the US president himself, constitution of a parallel government, economic blockade, pressure from many governments around the world, coup attempts – such as that of April 30, 2019 -, armed incursions – such as the Gideon operation -, violent demonstrations, theft of international reserves and attempts to ‘dismember’ the country.

And all this, in addition, with the call for abstention, which became the main weapon to ‘delegitimize’ President Maduro and the Venezuelan institutions. They tried everything and failed in everything … except attending the elections, adds López.

After the call of the Unitary Platform to participate in the next electoral event, Venezuela turns the page of violent overthrow attempts and renews a scenario of peaceful and electoral dispute, which can change the national political map dominated almost entirely by the ruling party, which currently governs in 19 of the 23 governorates and 305 of the 335 mayors of the country.

The most significant thing about the step taken by the opposition is that, apparently, it was the product of a consensus among all the main political parties, including the radical current of Voluntad Popular, Juan Guaidó’s party, which, although formally did not endorse the announcement, was included by Ramos Allup among the parties that would participate.

Earlier, the leader of Voluntad Popular, Freddy Guevara, raised the need to «coexist» with the government, which implies a diametric change in his discourse, since in 2017 he threatened that there would be no normality in the country until «the dictatorship ceases to exist».

The other parties that supported the announcement were Primero Justicia, Un Nuevo Tiempo and Acción Democrática, who, as they have announced, would go united to the elections by means of the Mesa de la Unidad Democrática – MUD –  electoral card (Table of Democratic Unity), which was victorious in the parliamentarians elections of 2015.

All of them demanded, as a ‘sine qua non’ condition, so as to participate in previous events that Maduro resign from his post and these be summoned by an interim government. None of this has happened and, nevertheless, now they decide to participate, which has generated outrage in politicians, ‘influencers’ and support bases of the opposition, especially in those who live outside the country.

Upheaval in the radical opposition

Not all opponents agreed with the announcement. Former mayor David Smolansky raised a question that haunts the heads of all Venezuelans, especially those who followed the abstentionist line during these years: «If there were no conditions just eight months ago for the parliamentary election, why are there now?» .

That is the great argument that the opposition leadership has yet to explain: what has changed to make them go from one political line to another without a clear and convincing justification.

Answering Smolansky’s question is key to achieving a successful call to participate in the ‘mega-elections’, because the bases of the opposition have become accustomed to not attending electoral events by decision of their leadership and there are still no strong arguments to understand the change in the approach to these events.

Other parties such as La Causa R and Encuentro Ciudadano have decided not to participate and have fallen out of alignment with the opposition unit.

For their part, the main leaders who called for abstention and the violent overthrow of the government, such as Leopoldo López and Julio Borges, whose parties will participate as announced, have stayed silent in the face of the decision taken by their political parties. There is a kind of indifference and little transparency when it comes to clarifying this new direction.

The decision taken by the Unitary Platform is perhaps the most significant fact that indicates a political normalization in Venezuela after years of deep conflict, which may be consolidated once the November elections take place and a new nationwide political map is presented.

The main objective of the opposition is not so much to destroy or win a greater number of governorships and mayors than the ruling party. At least that is what Ramos Allup has said. Its current purpose will rather focus on resuming the electoral path and rearticulating the territorial forces in order to prepare the scenario of a change of government in the 2024 presidential elections.