Will Unasur be able to rise up from the ashes?

The proposal to rebuild Unasur comes in the midst of the region's progressive turn. Is it enough to guarantee its survival
Share 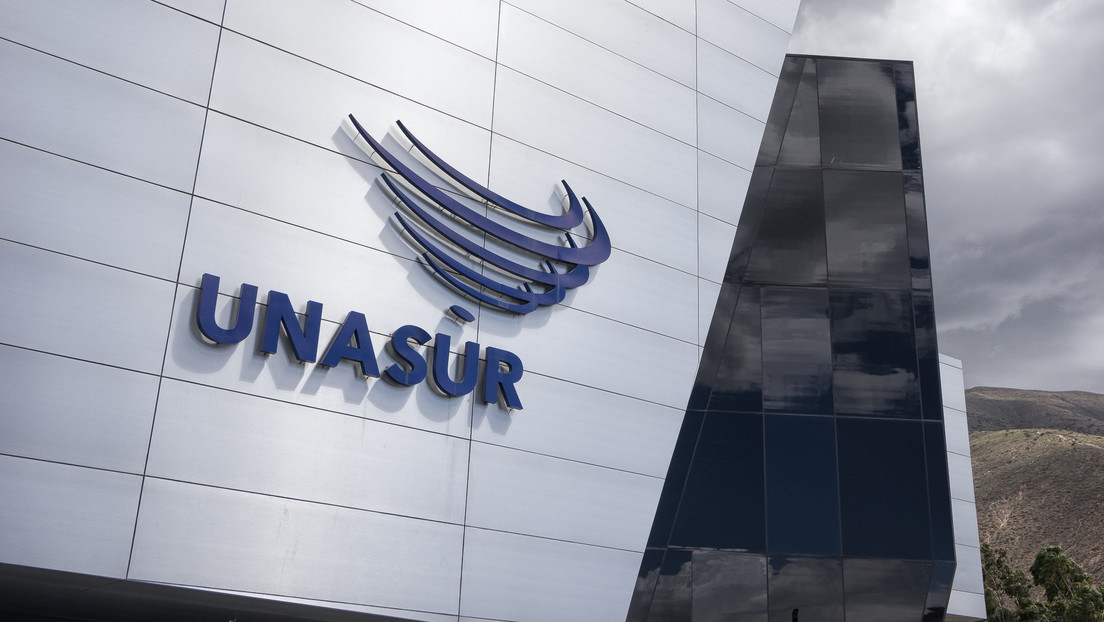 The left in Latin America does not want to waste time. After the recent victories of Gustavo Petro in Colombia and Luiz Inácio Lula da Silva in Brazil, a letter has revived the possibility of «resurrecting» regional instances that were on the verge of disappearing, such as the Union of South American Nations (Unasur).

Unasur is a mechanism that was formally born in 2008, under the impulse of the late former Venezuelan president, Hugo Chávez Frías, and his then counterparts in Argentina, Néstor Kirchner; of Ecuador, Rafael Correa, and Lula himself in Brazil, but, in recent years, it succumbed amid the wave of conservative governments in the region, reports RT.

If the promoters of Unasur had something in common, it was their political coincidence: were they from the left or progressive leaders, they shared a vision of the need to build a regional unity, as well as to build their own financial system and take steps towards ‘block responses’, emulating experiences like the European Union. However, that singularity, which was conceived as a strength, ended up being the seed of its weakness.

For this reason, the recent call of seven former South American presidents and politicians is to learn from the lessons of the past to rebuild a «new» Unasur, which does not end up as a «weakened» or «impotent» regional body. But is that possible?The need to be a ‘regional block’

From that first experience of Unasur, which managed to resolve the conflict between Colombia and Venezuela; that stopped the failed coup attempt in Ecuador against Rafael Correa; and that practically deactivated secessionism in Bolivia, there is little left.

Currently, only four countries remain in the bloc –Venezuela, Bolivia, Suriname and Guayana– after the departure of Argentina, Brazil, Chile, Colombia, Ecuador, Uruguay, Paraguay and Peru. The defections within the multilateral organization coincided not only with the changes of government in those nations, but also with the increase in the diplomatic belligerence of the White House during the administration of Donald Trump.

In fact, some of the countries that left Unasur later promoted the emergence of other initiatives, such as Prosur, in an attempt to replace the mechanisms of Unasur, but with a view more towards the US.

Likewise, at a political level, the right-wing governments in the region joined together within the so-called ‘Group of Lima’ (The Lima Group) to undermine the instances within Unasur that, for some years, overshadowed the already ‘weak’ role of the Organization of American States ( OEA).

The confluence of these factors paralyzed Unasur, in a two-year period that was characterized by intense isolation attempts against Venezuela, the fragmentation of regional initiatives and the aggressive bilateralism promoted with the United States. However, the end of The Trump era and the failure of several of his policies in Latin America quickly translated into the ineffectiveness of Prosur and the extinction of The Lima Group.

Now that the pendulum seems to be swinging to different positions towards the Left wing sectors in the region, some analysts consider that it is the right time to relaunch a «new» Unasur, one that has learned from the three fundamental mistakes of the past: presidentialism, excessive confidence in consensus and the US factor1. Presidentialism

A report published this Friday by former Ecuadorian Foreign Minister Guillaume Long and lawyer Natasha Suñé considers that ‘presidentialism’ was a double-edged sword that truncated the institutionalization of Unasur.

«This presidentialism resulted, especially in the beginning of Unasur, in what has been called ‘multilateralism pro tempore’: a practice that makes States take turns leading an organization, generally for a period of one year, during which the foreign service of the country that exercises the ‘presidency pro tempore’ assumes the bureaucratic role of the organization”, explains the report. This operating model, however, means that each year the bureaucracy is renewed and «a large part of the institutional memory» is lost, indicates the document.

Although the direct impulse of the presidents made it possible to advance more quickly in the first steps of the mechanism, the initial drive did not have the same speed as the political winds in the region. The changes of ideological sign in some countries caused, in the long run, inevitable frictions and the cooling of the enthusiasm that they had at the start, for integration, due to the different views on the importance of unity.2. Consensus

Another of the pieces that the “new” Unasur would have to evaluate is the rule of consensus. Although the principle that all members agree so as to make decisions seems ideal, it is not practical when making resolutions of an operational nature.

The impossibility of reaching a consensus to appoint the person who would assume the general secretariat of Unasur, during the period between 2017 and 2019, paralyzed the organization at that time and opened the first gaps. In the following years, several nations suspended their participation in the bloc or directly denounced the treaty, alleging that the mechanism was inefficient or inoperative.

According to the CEPR report, the new Unasur should move towards a hybrid model for decision-making that allows, for example, that operational issues can be resolved by a majority (simple or qualified) and that for issues such as the accession of new members, consensus should continue to exist.

Although Unasur is of a South American nature, it does not escape US influence, since Washington’s positions have ended up being key to forcing its institutional weakening.

The problem is that the US views any regional integration initiative with suspicion. The reasons, as varied as they are historical, range from the postulates of the Monroe Doctrine – which proclaims the motto of “America for the Americans” – to distrust of any mechanism that does not have the hegemonic presence of Washington.

In this regard, the historian Alejandro López comments that the US, being a nation with a Constitution «that does not stipulate the limits of its territory», is «in constant expansion», which contradicts any mechanism that is sustained in values such as respect for the sovereignty and integrity of the territories.

«The union of our America -explains López- has had a main enemy in US interventionism and expansionism. We must not lose sight of the fact that the United States is a nation that constituted itself by exploiting other territories, after a military domination and an economic imposition».

Along these lines, what is least convenient for the US is the robustness of regional mechanisms such as Unasur, which promulgate unity not only for political issues, but also in matters of Defense, Environment, Health and Finance.

In fact, one of the issues that would remain pending for the «new» Unasur, in case the members choose to revitalize it, would be to resume the debate on a possible common currency and give a definitive push to the Bank of the South (Banco del Sur), an institution founded in 2007, and that it had the objective of becoming the pillar for South American financial integration.Is it possible to revive Unasur?

According to the CEPR report, the «irregularities» surrounding the departure of several countries from Unasur make their return to the mechanism more feasible. Long’s and Suñé’s proposal is that «a dispute settlement mechanism be activated» that opens the door to «a collective solution to remedy the irregular process of weakening» the regional body.

«Unasur still exists and is the best platform to reconstitute an integration space in South America», reads the letter that was released this week to advocate for the revival of that mechanism.

And it is that, beyond the political coincidences that may currently exist between the governments of the region, the possibility of giving a joint response to challenges such as orderly migration, climate change, regional connectivity and financial articulation, that can be very attractive for South America, especially in a global situation that is increasingly conflictive and that requires greater strength so as to face this ‘new’ global situation.