A ‘heart-stopping finale’ in the presidential elections in Colombia: Will the progressive Gustavo Petro or the controversial Rodolfo Hernández win?

The polls do not allow us to glimpse a definitive result for the presidential ballot in Colombia that will be held on Sunday.
Share 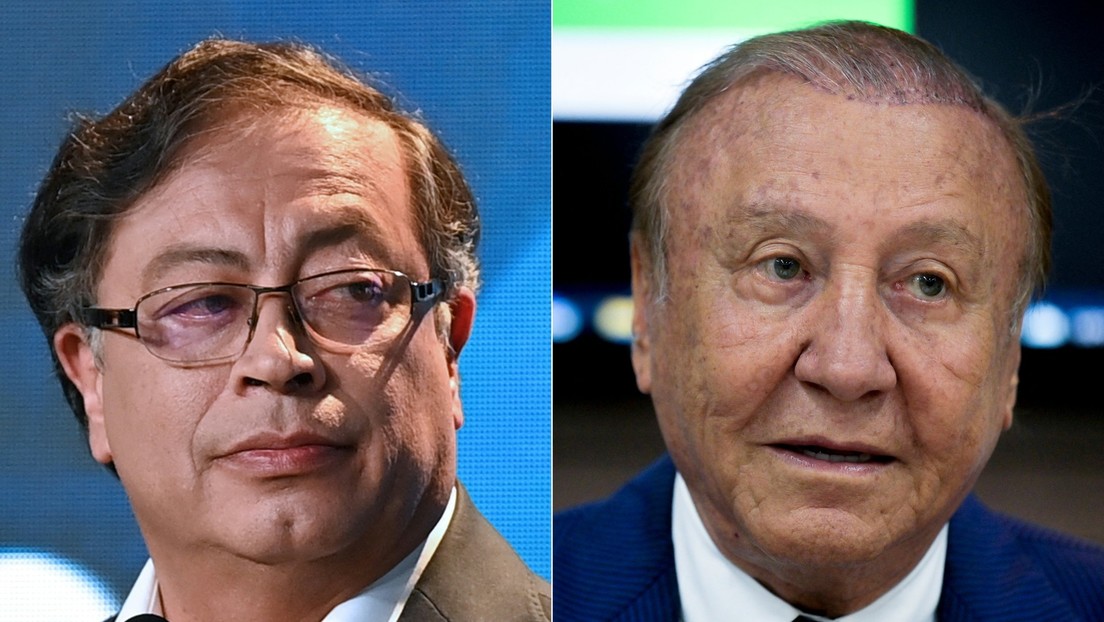 Next Sunday, 38.8 million Colombians are called to vote in the second round of the Colombia n presidential elections that will be contested by the leftist Gustavo Petro and the conservative Rodolfo Hernández, who became the ‘surprise’ candidate in a tense political race that has been marked by scandals.

Whoever emerges victorious will take office on August 7, will govern for the period 2022-2026 and will become the successor of Iván Duque, the president who will leave office involved in a ‘popularity’ and even institutional crisis, since, earlier this month, a Judicial court ordered five days of house arrest against him for failing to comply with a sentence for the protection of a natural park.

This is how the electoral process will come to an end. A first electoral round finalized (May 29) full of surprises, since all the polls anticipated that those who would reach the ballot would be Petro and Federico Gutiérrez, the candidate of the right-wing coalition Equipo por Colombia (Team for Colombia), explains. the journalist Cecilia González for RT.

That day, the standard-bearer of the leftist alliance Pacto Histórico was in first place with 40% of the votes, but he needed at least 50% plus one to declare himself, definitively, the winner. Against all odds, Hernandez reached second place, obtaining 28%. Gutiérrez, who was the official candidate, was displaced to a third position with 24%.

The results demonstrated the winds of change that are sweeping the country and that had already been evidenced in the legislative elections held on March 13 the Pacto Histórico (Historical Pact) positioned itself as one of the main forces in Congress, obtaining 20 of 102 seats in the Senate and 31 of 188 in the House of Representatives.

In one of the most conservative countries in the region, the left has never had such electoral strength. Since then, Petro has never stopped leading the polls, but after the first round, the polls changed. In most cases, they anticipate a virtual technical tie, but given the mistakes that the consultants made in the first round, the outlook is full of uncertainty.

The only sure thing is that the traditional Colombia n political class was displaced by the citizen weariness that already manifested itself in the social outbreaks of 2019 and 2021. And the main question is whether the controversial former mayor of Bucaramanga will stop the rise to power that Petro already took for granted.

Left is ‘under construction’ in Colombia

Petro, a 62-year-old economist, was a guerrilla member of the April 19 Movement, better known as M-19, which earned him arrest and torture in the 1980s. After his release, he participated in the peace process called by former President Virgilio Barco (1986-1990) and continued fully with his political career.

Over the next decade, he won twice a seat in the House of Representatives. His figure began to grow gradually until 2006, when he was elected as a senator. From his seat, he became one of the main opposition politicians to former President Álvaro Uribe (2002-2010), especially when denouncing his links with paramilitary groups.

In 2010, he ran for the presidency for the first time, and although he came in fourth place, the campaign helped cement his popularity. Thanks to this, two years later he won the mayor’s office in Bogotá. His management was characterized by unprecedented progressive policies and a series of controversies that even led to his removal from office for 35 days, although the sanction was later annulled.

Petro ran for his second presidential candidacy in 2018, but lost in the second round to Iván Duque. Next Sunday, as happened with Andrés Manuel López Obrador in Mexico, he hopes that the third time will be the charm and that he can finally reach the Palacio de Nariño.

In that path, the acceptance of Francia Márquez as his partner in the candidacy for the vice presidency has been crucial, since the environmentalist leader became the great surprise of the internal elections of last March 13 by obtaining the third largest vote after Petro and the rightist Federico Gutiérrez.

The 39-year-old lawyer is the first Afro-Colombian to compete for a political position of this magnitude, and with a feminist vision in keeping with the revolution that women are leading worldwide. Her presence has put endemic racism in Colombia into debate.

In the final stretch of the campaign, Petro faced a scandal after the magazine Semana published illegally recorded videos and audios in which alleged officials of his campaign committee talk about organizing a «dirty campaign» against his rivals based on defamation in social networks, which included relating them to drug trafficking or portraying them as sexist.

Before, the death threats against the candidate and the vice-presidential candidate had already caused a ‘sting’, and they had to reinforce their security.

At 77 years old, Rodolfo Hernández has earned nicknames such as «the old man from Tik Tok», for his successful use of the social network, or «the Colombian Trump», for his frequent outbursts and controversial proposals.

This civil engineer, whose only political background in office has been his brief stint as a councilor in the 1990s and as mayor of Bucaramanga from 2016 to 2019, ran under the Anti-Corruption Governors League, an independent force that competed under the motto ‘Don’t lie, don’t steal, don’t betray’ , and he has as his vice-presidential candidate Marelen Castillo, a 53-year-old biologist and chemist with no political experience.

Nobody expected them to go to the ballot, but now they are facing the real possibility of winning the elections. As soon as the first round ended, the main representatives of the right, including former presidential candidate Federico Gutiérrez, endorsed his candidacy. Hernández himself has warned that he has the support of former President Álvaro Uribe.

His conservative positions play against him. For example, he said that «the ideal is for women to dedicate themselves to parenting», when he had just passed to the second round. He thus reaffirmed his idea that women should support men «from home» because when they get into the government «people don’t like it».

Before, he had already denied that femicide was a crime, and questioned the category of women’s soccer as a competitive sport, since he only considers it «recreational».

The accusations of misogyny are permanent, as in 2019, when he said that one of his political rivals had been «groped more than a prostitute», or when he affirmed that Venezuelan women migrants are «a factory to make poor chinitos (children)».

To counteract the negative impact of his statements, he presented 10 proposals in favor of women that include the guarantee of gender equity in public office, special credits for female heads of household, sexual and reproductive education programs and the fight against gender violence. The reaction to his sudden support for feminist demands was met with skepticism from the women’s movement.

Xenophobia and discrimination are usually present in a speech in which he also proposes the elimination of social rights, such as his plan to increase the working day to 10 hours a day; or to deliver «free drugs» to addicts. In one of his most scandalous phrases, he went so far as to say that he admired «a great German thinker named Adolf Hitler». The repercussions were so big, that he tried to justify himself by stating that he had suffered a lapse and that he was actually referring to Albert Einstein.

Already in the last weeks of the campaign in Colombia, the candidate had a tense moment with the National Liberation Army (ELN), which he accused of having kidnapped his stepdaughter Juliana Hernández Ontiveros 18 years ago, who is still missing.

The guerrillas denied, in a statement, their involvement in the kidnapping, although they acknowledged that perhaps some gang, in complicity with intelligence agencies, as has happened on other occasions, had communicated with the former mayor and falsely used the name of the ELN to extort money from him.

The political climate was further exacerbated last week, as Hernández denounced that there was a plan to stab him to death and announced that he would cancel his entire campaign schedule.

Petro replied that he understood, since he himself has been the constant target of threats, but even so, he summoned him to participate in some debate prior to the second round, which the conservative candidate refused. Now, the polls will have the last word.