¡Adjustments and fees! The neoliberal course that Uruguay is taking with Lacalle Pou

To try to justify the magnitude of the increase, the President argued that the previous government of the Broad Front (Frente Amplio) did not make the adjustment that corresponded to January
Share 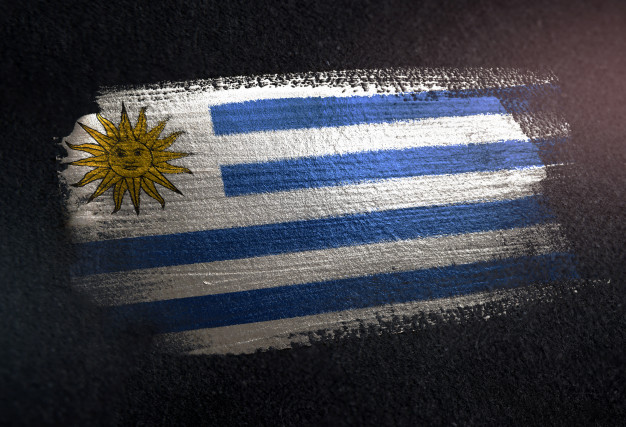 He has not been in the presidency of Uruguay for more than 15 days and Luis Lacalle Pou has already announced a neoliberal adjustment plan that includes increasing electricity, water and telecommunications fee services, with the excuse of reducing the fiscal deficit.

The rise in prices imposed by the new government through the so-called «tarifazo» (fee increases), which will come into force from next April 1, represents an increase of 10.5% for energy services, 10.7% for health services and 9.78% in services that correspond to the area of communications.

These are increases over the rate of inflation, which in the last 12 months was 8.32%, according to data from the National Institute of Statistics of Uruguay (INE).

To try to appease the spirit of the people, Lacalle Pou said that increases in rates for running water, electricity and telecommunications are «below the costs of public companies.»

Likewise, to try to justify the magnitude of the increase, he argued that the previous government of the Broad Front did not make the adjustment of the rates corresponding to January, as it had happened before between 2015 and 2018.

«In January there was inaction or omission by the government to upload them,» he said.

«It is clear that we are not going to use the adjustment as a way to cover the hole that the Government generated with its excessive spending», stressed the right-winger.

The price of fuel will not rise

To avoid a greater negative impact on the Uruguayan people, Lacalle Pou chose to postpone the increase in fuel prices.

He indicated that he made the decision due to the abrupt decrease in the cost of oil, so he will wait to confirm new oil purchases in the future with the new price.

He explained that the state National Administration of Fuels, Alcohol and Portland (Ancap) «had already bought oil for the first half of the year at the price it had before the fall.»

«The work of these days in the purchase of the future market that allowed us to acquire for the next six months may result in the adequacy in the price being much less than what we planned», he said.

Likewise, the President announced an increase in VAT for purchases with a debit card – instead of returning four points to the consumer, now they will be only two – and in expenses with credit cards in restaurants, where nine points of VAT were returned, now only five will be returned.

For her part, the Minister of Economy and Finance, Azucena Arbeleche, argued that the so-called «rate adjustment» is in no way a ‘tarifazo’, since it is carried out «below the evolution of costs for each of the companies», and with the objective of «reactivating the economy and generating more jobs».

Lacalle Pou’s neoliberal package also includes «a series of decrees with which a savings plan will begin in the State», with which he hopes to eliminate up to 900 million dollars in budgeted items in his first year in office, without affecting sensitive areas, as promised in his electoral campaign.

He noted that his administration is determined to contain state spending, saving at least 15% of operating and investment costs; excluding salary items.

The decree establishes that only one out of every three vacancies generated in its exercise may be filled, excluding teaching, technical and specialized health personnel, and Ministry of the Interior personnel from this provision.

In addition, the automatic renewal of the service of temporary personal that are not public officials is prohibited.

«Public or private institutions that receive subsidies or grants will also be asked to present their management commitments to the corresponding ministries and to the Management Commitments Commission before April 30», said El País of Uruguay.

He also agreed with the ministers to begin to “outline some audits”, which will be limited in time due to the lack of resources.

The announcements started an intense political debate in which his government came out to defend the «tarifazo», arguing that the decision is the result of mismanagement by the economic team of the last three governments of the Broad Front (FA).

For their part, being the new opposition, the leaders of the left coalition criticized the neoliberal measures, arguing that they will affect the pocket of the population, and accused Lacalle Pou of «lying» in his electoral campaign.

«Those who promised to adjust their belts adjusted it to the vast majority. Raising taxes, which they had explicitly denied. And in addition, fees above the inflation rate. That way it is easy to save”, pointed out on her Twitter account, Carolina Cosse, senator and FA candidate for the Municipality of Montevideo.

“They are making the strongest breach, not only of an electoral promise, but of a main element of criticism of the opposition (current Government) at least in the last 10 years; every time the rates had to be adjusted, even though they evolved below the inflation and the average wage index, the opposition’s systematic position was that this was a ‘tarifazo’ ”, said Senator Óscar Andrade, who was a pre-candidate for the Broad Front (FA).

Meanwhile, Senator Charles Carrera, also from the Frente Amplio (FA), maintained the following: “They had directors in public bodies; they always criticized the management of public companies; now they are government, they promised the population that they were going to lower the rates and now what they are doing is raising them. Therefore, they are contradicting their own campaign speech”.

The general secretary of the Communist Party, Juan Castillo, told El País that «the electoral promise» of not raising tariffs lasted too short. “We were used to them saying one thing and practicing another, but they used to disguise it more over time. Now they did disguise it», he said.

Therefore, Castillo regretted that the tax burden is going to be paid by «the most humble.»

Along the same lines, the senator of the Communist Party, Óscar Andrade, asked on his Twitter account: «In what part of the electoral campaign did the coalition propose raising the VAT?». «Let’s talk clearly, they lied to the people», he said.

For his part, the secretary general of the Socialist Party, Gonzalo Civila, told El País that the Government of Lacalle Pou gave «a great political somersault.»
«Only two weeks of government passed and in a single announcement they failed to fulfill two electoral promises», he declared.

He denounced that «the rates increase above inflation and through their actions, they increased a consumption tax».

«It is a regressive path that will generate negative effects on workers’ wages and will have recessive impacts», he assured, while questioning the announcement of the adjustments as  «reactivation measures» for the economy.

In turn, the former undersecretary of Economy, Pablo Ferreri, stated that the reduction of the VAT refund constitutes «a rise in taxes».

Several analysts have already warned that the increase in tariffs and the savings plan are just the beginning of the package of neoliberal measures that Lacalle Pou plans to apply as part of his economic program.

For the economist, Aldo Lema, with the application of these adjustments “it is unlikely that the yield (to reduce the deficit), in the best case, will be greater than 0.5% of the Gross Domestic Product (GDP), equivalent to a figure of 273 million dollars, well below the 900 promised by the President.

Other analysts warn that if the adjustment in operating and investment expenses were linear, of 15%, something that they consider “very difficult” to achieve, it would impact 0.7% of GDP, that is, about $ 382 million.

To reach the 900 million dollars of savings promised in the electoral campaign, «there will be more measures by decree and in the Budget law», revealed a member of the right-wing government to El Pais.

Meanwhile, Lacalle Pou maintained that «the oven is not for buns», and instead of assuring that he will not apply any more neoliberal measures, he limited himself to saying that «if nothing happens, there will be no other increase until January of next year».