In his administration what stands out is the assessination of almost 300 social leaders, indigenous people, peasants, ex-guerrillas and political activists and the breakdown of the peace agreement with the FARC-EP that has unleashed a wave of violence
Share 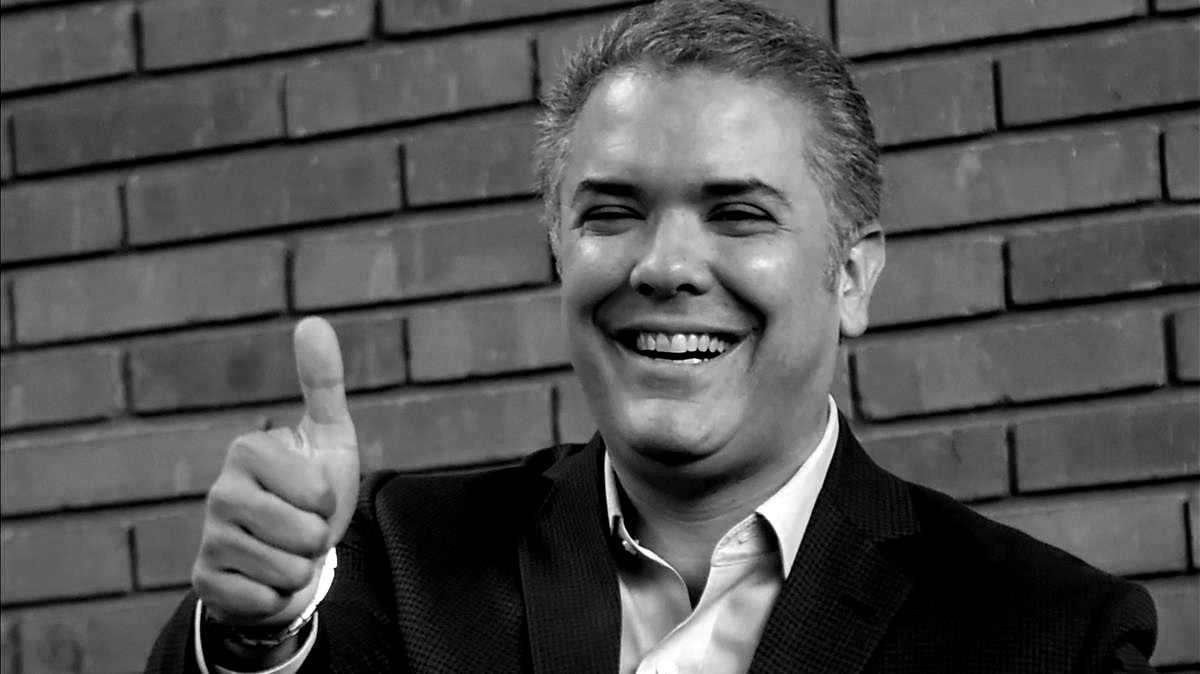 The uribista Iván Duque, President of Colombia, seems to follow in the footsteps of his «friend» Juan Guaidó in Venezuela, since the mistakes in his management are increasingly notable, with different actions and events that not only involve him in a series of bad news, but they are also annihilating his already battered credibility and scarce popularity, which continues to decline to an even more lower level.

In an article entitled «The bad news for President Iván Duque», written by columnist Ariel Ávila and published by the newspaper El País of Spain, describes the current situation of the Colombian President, staunch promoter of the total blockade against Venezuela and one of the main sponsors of Juan Guaidó, along with the United States Government.

Ávila comments in his article that during the past week, the Duque government «received two great blows»: unemployment and an astronomical rate of disapproval of his management as Head of State.

After several days of partial triumphs, such as having achieved some governability in the Congress of the Republic and showing acceptable economic growth, two «buckets» of cold water fell on him.

On the one hand, unemployment continues to grow, reaching 13%, the highest in recent years. On the other hand, the negative image of the President reached 71% and his approval fell to 23%. «His image has been in free fall for several months», explains Ávila.

Added to this, is the investigation that Congress is conducting against Duque for two crimes that could end up burying him politically and judicially.

This is the investigation that the Legislative began last monday, after the accusations of former senator Aída Merlano, who linked him to a network in buying and selling votes in the Caribbean region, from which he would have benefited in the 2018 elections.

The process against Duque is advanced by the Accusation and Investigation Commission of the House of Representatives, based on two complaints. The first, for the crimes of constraint and corruption of the suffrage, vote trafficking and attempted murder.

And the second is for denial of functions and alleged prevarication, which is based on Duque’s decision not to ask for the extradition of Merlano – a fugitive from Colombian justice captured in Venezuela – to the Government of Nicolás Maduro.

In the midst of this scenario is added the almost 300 social leaders, indigenous people, peasants, ex-guerrillas and political activists killed during his mandate, as well as the breakdown of the peace agreement with the FARC-EP, which has unleashed a wave of violence that involves the Army and paramilitary groups linked to drug trafficking.

But, regarding the two blows described by Ávila in his article, several conclusions can be drawn from the first one.

Attrition, the immobility of Duque and the end of uribismo

Ávila describes that, «among other things, it can be said that one of the Government’s greatest attrition occurred with the approval of the tax reform, there it lost much of its popularity».

«That reform was based on the idea that lowering taxes on the wealthy would generate more employment. However, this calculation so far has not been true. It is well known that these types of reforms hardly work, but in Colombia it was sold as an irrefutable economic dogma «, said Ávila.

The writer adds that «the complicated thing is that the reduction of taxes on a business sector opened the fiscal gap and, therefore, it is possible that in the short term another tax reform will be required to increase collections. Thus, the Government had a great attrition in a reform and at least the central objective, for the moment, has not been achieved ».

On the second point, Ávila says that the national ‘conversation model’ that the Duque Government devised to stop the wave of protests that began on November 21, 2019, does not seem to work.

Neither the communication strategies and even less the announcement of a coalition in the Congress of the Republic. The President must take into account what he spends such stability in Congress for, he must think very well what his legislative agenda will be.

«The obvious question, after more than 18 months from the beginning of the mandate of Iván Duque, and with just two and a half years for the next national elections, is the future of uribismo. Various interpretations have been woven around this subject. A number of analysts believe that, if there is no increase in the positive image of the president in 2020, Duque will go down in history as the man who buried Uribismo».

«Others believe that if the labor and pension reforms are not presented, the government will be able to handle the crisis and in the end, even though it will not recover much, it will maintain an image for the government party to survive. Although it will have to make alliances for the next elections», he said.

«The difficult thing with this political scenario for the uribismo is that the battle within the party is intense, therefore, it is difficult to achieve coordination within the government. In several meetings, President Duque would have responded -to requests for public policies- with the phrase: ‘they won’t let me’.  This phrase would show that the President is juggling to avoid fueling the fire that already exists in his political party and avoiding clashes within his government», argued Ávila.

“In any case, the truth is that both the Executive and the Government political party must invent some strategy to manage to control the fall in its image and think beyond 2022. Obviously, there may be many strategies for this, but the only one that is not viable is to try to keep everyone happy».

«This is something that President Duque must begin to consider if he wants to get out of the crisis and start making decisions in an agile way. Iván Duque takes a long time to decide something and that immobility has cost him quite a lot», concludes Ávila.