The results of the survey could be broader, since the study culminated on March 4, a day before the indiscriminate attack on a primary school full of children in El Alto by the repressive forces at the order of Jeanine Áñez
Share 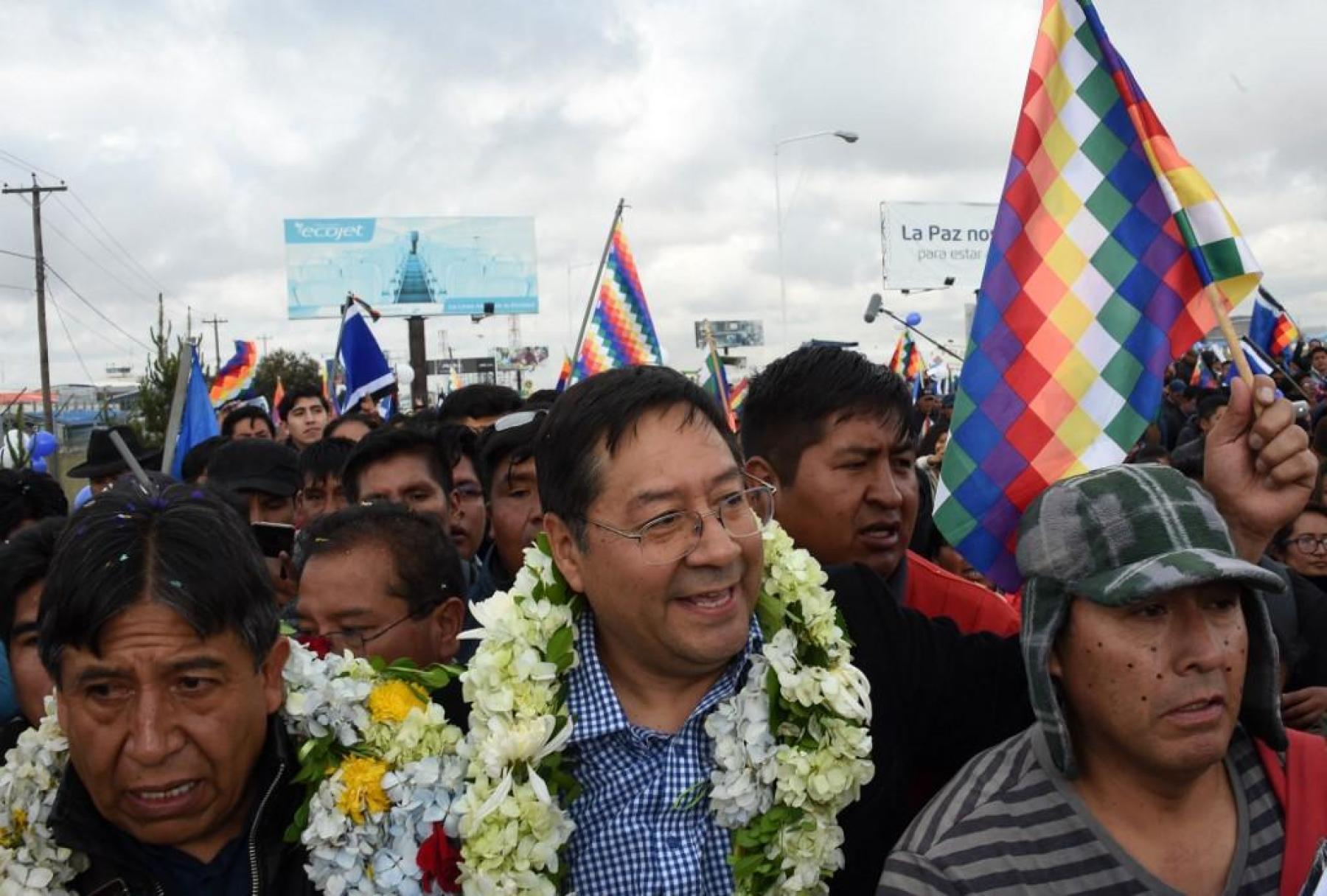 The Bolivian presidential candidate for the Movement To Socialism (MAS), Luis Arce, does not yield his electoral favoritism and leads in the voter’s intention in all polls carried out to date, for the elections of May 3.

The most recent poll is a quantitative opinion study of the Latin American Strategic Center for Geopolitics (Celag), called «Bolivia Prelectoral Climate – March 2020», whose sample were 2,000 people of legal age and was carried out from February 10 to March 4, with 95% confidence interval.

Once again, the representative of the deposed president’s party, Evo Morales, has the greatest popular support.

When answering the question: Who would you most likely vote for president of Bolivia in the May 2020 elections? 33.1% replied that they would vote for Luis Arce in the first round.

In second position was the self-proclaimed interim president Jeanine Áñez, with 20.5% support. Meanwhile, in third place was former presidential candidate Carlos Mesa, who lost to Morales in the elections last October 20 (2019), with 17.4%.

The fact that Añez, candidate for the Juntos coalition, is in second place is a novelty with respect to previous surveys, which placed the self-proclaimed in third position, behind the candidate Carlos Mesa, from the Citizen Community.

However, 64.6% responded that the ex-senator should not have run for president, and another 31% considered that she is «in her right» to do so.

However, these projections about Áñez do not include the resounding rejection she suffered from many sectors of society, after her police forces gassed an elementary school in the town of El Alto on March 5, in her obsession to repress with violence any popular demonstration that demands peace, democracy and justice.

The Celag study also evaluated the social, political and economic climate in Bolivia, in these months prior to the elections in May.

Respondents were asked: Which of the following words best describes your feelings about the current political and economic situation in the country? To this, 38.3% answered «hope and confidence»; 32.1% answered «uncertainty and indifference,» and 26.3% said «anguish and anger».

Currently, 72.6% of the citizens who participated in the study stated that the political situation has negatively affected their day to day life. Of that total, 41.9% feel quite affected;  30.7% little affected, and 26.8% said the political climate did not affect them.

For the most of them, violence against women, insecurity in the streets and rising unemployment are the situations that generate the greatest anguish and anger in the Bolivian people.

When asked about the economic situation of their families in the last three months, 41.9% said the situation had not changed; 25% indicated that it started to get worse and 11.6% that it was much worse. While only 17.2% said they felt they are starting to improve.

According to the Celag report, 51.9% of respondents believe that privatizations are negative for the functioning of the economy, compared to 31.9% that see them as positive.

Also, 85.5% said that the social bonuses policy is necessary, while only 11.7% do not consider them necessary.

Additionally, an overwhelming 82.6% considered that there is still racism in Bolivia and that it is an issue that must be overcome.

However, in the current political and economic context, 62.4% of Bolivians are worried about losing their jobs in the coming months, while 35.4% are not worried.

In fact, the Celag survey revealed that 54.8% of the respondents positively appraised the economic management during the period that the MAS candidate served as Minister of Economy: Between 2009 and 2017, and then from January to November of 2019.

For years, Arce was one of Morales’s trusted men. In 2006, he was appointed Minister of Finance during the first government and three years later, in 2009, he assumed the Ministry of Economy and Public Finance.

With Arce at the head of this portfolio, the process of nationalization of hydrocarbons began, in addition to leading the implementation of the Productive Community Social Economic Model developed by the Morales administration.

Within his legacy is the growth of the Gross Domestic Product (GDP) and the increase in international reserves.

In fact, in 2013, the magazine ‘América Economía’ placed him as one of the best ministers of the sector in the Latin American region.

In recent statements, Arce, who shares electoral formula with David Choquehuanca as vice president, condemned the increase in debt by the de facto government of Jeanine Áñez, following the coup d’etat perpetrated against Morales.

If elected president, Arce proposes to return to the community economic model to promote the development of Bolivia.

«The first thing we must do is establish and deepen a social and economic community model, continue with the redistributive task of income, favor the less favored, the more forgotten and discriminated social layers for several years in the neoliberal period and in these months of the Government de facto”, he said.