Caracas in dance: the story of the photographer who portrays in a different manner the capital of Venezuela

Difred Colina has recorded artistic expressions in the busy, moving and chaotic Caracas that remains oblivious to the lens of others.
Share 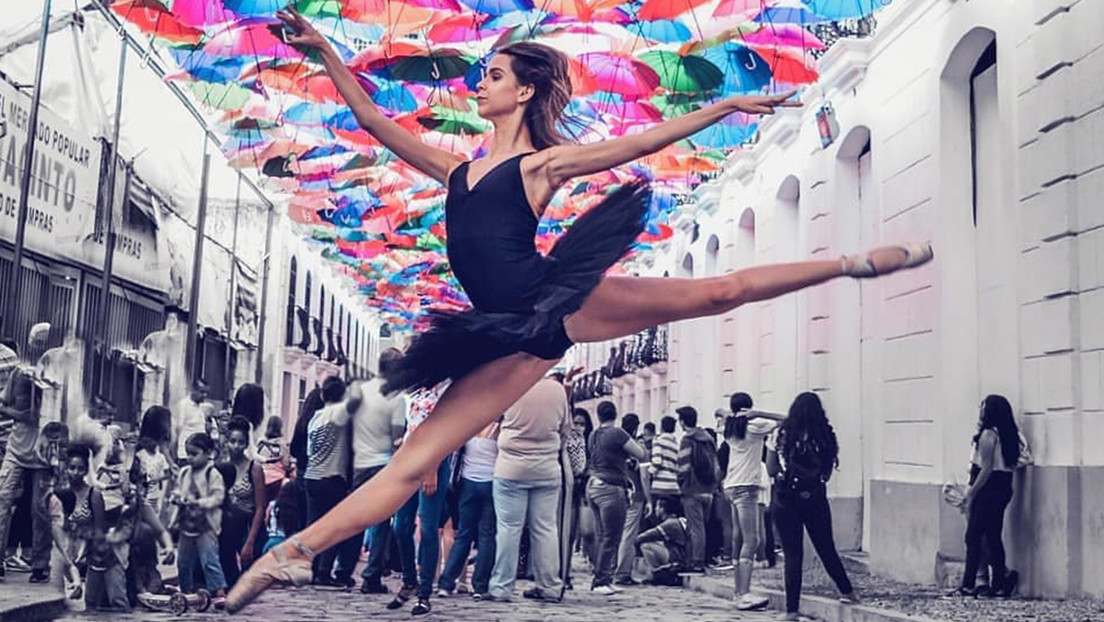 The image surprises anyone who knows Caracas, the capital of Venezuela: a busy avenue, a subway exit or a highway full of noise and movement from which emerges the delicacy of a dancer who extends her limbs towards the concrete horizon.

This interruption of art in an everyday place confuses those who see on the networks the work of the young Venezuelan photographer Difred Colina (30 years old), who uses his lens to portray Caracas, which is frenetic and full of contrasts in a fusion where the expressiveness of the body stands out.

Colina was born in a popular sector in the west of the Venezuelan capital and studied Audiovisual Sciences and Photography. In his early days, five years ago, he began taking photos of the city, of landscapes and of important avenues, explains the journalist Nathali Gómez for RT.

His favorite theme is urban photography. He says that since he bought his first camera, he went out to the streets to take pictures. «I even went a little further because I dared to take photos inside the neighborhoods, on the avenues».

Take the camera out where no one does

Difred’s work is recognized because his models make impossible poses in real places, with a lot of movement and belonging to the popular areas of the city. He asserts that he has dared «to take the camera out where no one does» to capture snapshots and make «people feel very identified when they see their images because they are of everyday places».

His photos are not from wealthy places in the capital. When asked why, he explains that he lives in a neighborhood in western Caracas and that is why he has tried to include those areas, which are discarded by some photographers. «We are also Caracas, we live here, we are part of the city».

He recalled that he recently took a photograph with some tango dancers on Morán Avenue, between the parishes of San Juan and Sucre, in western Caracas. «In it, the message is that the people of the barrio (neighborhood)  also have dreams and goals; We are also moving forward».

The importance of ballet in Caracas

He says that he began to include dancers in his photos because ballet is his favorite art for it. “gives me feelings and hope. It is something very beautiful that inspires me to bring that beautiful message to Venezuelans, so that it reaches their hearts».

“Despite the situation, the conflicts, there are still people who work for the country, we continue to hold on to the idea of moving forward. In addition, those artists and dancers have dedicated their lives to studying art and doing it, and in some way, I would like to show the world their talent, their effort, their dedication».

Although – until now – he has made his compositions with dancers and artists in Caracas, he would like to make postcards in the most representative places of each Venezuelan state.

When speaking of his way of understanding Caracas, he explains that for him, there are two sides: «Those who believe and fight for what they are, for what they want and those discouraged, who complain, who do not believe».

“I try to bring art and photography to a middle ground. Why? Because it’s a positive thing, anyone can support it».

The function of the message that his images convey is to present an alternative to those two sectors that he identifies as «the people who are working for the country and are going to reinforce that belief in the positive path and the other group, the one that is discouraged, it gives them a drop of hope, a different idea of all the problems they may have, (hopefully) questioning their own vision».

As his photos of sites in Caracas began to receive comments on the social networks, he decided to consider something different and raise his own level, because he was no longer satisfied. «I was good, people liked me, but I thought I had to go a little further. It was there that I came up with the idea of inserting ballet artists, yoga artists, dancers and athletes», he recalls.

His beginnings were with models doing yoga poses. That first experiment arose after walking through the city and arriving at the La Araña distributor, one of the most important road infrastructures in Caracas. There he realized that there was an «impressive» view, so he captured an image and shared it on the networks.

After that discovery, he came up with the idea of including a person in the composition and invited a friend who does yoga to pose. “We made the first photograph there in that place. That fusion fascinated me and I published it; people loved it and it went viral”.

From that experiment, he understood that he wanted to direct his gaze towards that «concrete idea» and continue working on it «so that everyone can appreciate the spaces of Caracas and recover art, which in some parts has taken a back seat».

Later he opted for ballet and finally included the acrobat and tightrope walker José Palacios, with whom he did work «with a lot of adrenaline and suspense» in busy areas of Caracas.

How does he «prepare» the photos?

The impact caused by the images of a dancer or an acrobat in the midst of the chaos of the city is the product of meticulous prior work. To do this, Difred selects his locations, studies them and finally chooses the most recognized by the inhabitants of the city «so that people recognize the art and feel identified with that area».

The preparation begins with a visit to the place where he will make the image, without equipment, to observe and make the calculations of where the model will go, where he will be located, what he will do and what the composition will be like.

When he executes the photograph, he says that he has had «pleasant surprises» because despite the fact that it is in the heart of Caracas, where there is high traffic and he could be robbed, this has not happened. «People lend us collaboration, many times, the people who are there begin to help us so that everything goes well».