Colombia: A presidential candidate apologizes to the country for linking the «holy virgin» with «all prostitutes» in one sentence

The controversial presidential candidate in Colombia for the League of Anticorruption Leaders complained that "everything" he says is criticized.
Share 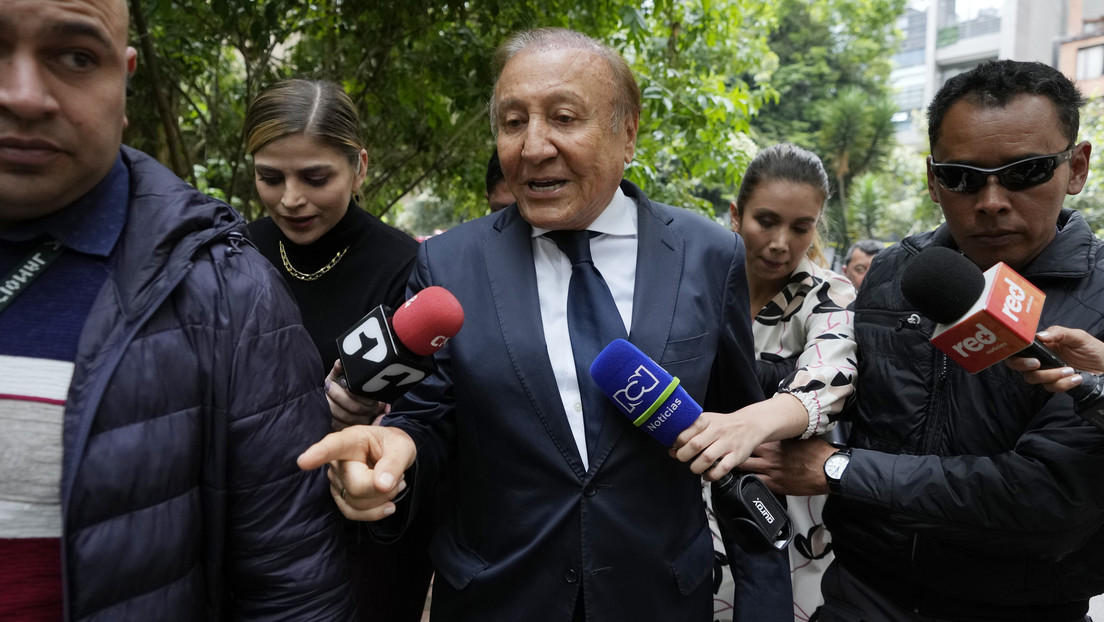 The candidate for the Presidency of Colombia for the League of Anti-Corruption Leaders, Rodolfo Hernández, published a video this Tuesday to apologize «to all Colombians» for a controversial phrase he said a couple of months ago during a radio interview, in which he alluded to «the Blessed Virgin» and «all the prostitutes».

«I want to take this opportunity to apologize to all Colombians for the imprudence I committed, when I talked about the virgin saying: that I invited the virgin and all the people who lived in the neighborhood, but they took me out of context. Competitors criticize me for everything I say, I didn’t mean to say that“, clarified Hernández.

The controversial right-wing candidate admitted that he had committed an offense against many people, but assured that this was not his intention because he is «a Catholic man», although «certainly not practicing with the intensity of other people». «I accept, from my heart and in my conscience, that I was wrong, a thousand pardons», said the candidate.

What did Hernández say about the Virgin?

Hernández’s controversial statements took place in an interview that he offered in April during the presidential campaign, prior to the first electoral round, in a local program of the National Radio of Colombia (RNC), reports RT.

«I would receive the Blessed Virgin and all the prostitutes who live in the same neighborhood with her», said Hernández when asked about the possibility of receiving alliances for his candidacy, if he were to go on to the second round.

After the results that confirmed that he was going to the second round, his words —which, at first, unbelieving sectors called false— were ‘rescued’ and went viral on social networks with WhatsApp audios and videos of the interview, some of them accompanied by criticism and rejection of the presidential candidate, especially of the Catholic population, the predominant creed of the South American country.

In the midst of the scandal generated by Hernández’s statements, lawyer William Hoanny Amador filed a request for excommunication against the candidate before the archbishop of Bogotá and president of the Episcopal Conference of Colombia, Monsignor Luis José Rueda.

«The defendant Mr. Rodolfo Hernández has clearly and flagrantly misrepresented the conduct that identifies a good Catholic, outlined in the sacred scripture of the catechism of the Catholic Church and the norms of Catholic law, by offending the Blessed Virgin Mary», said the plaintiff profiled in local media.

Similarly, several priests have expressed their rejection of the candidate’s controversial statements, considering them disrespectful not only to the religious image, but also to what she represents: a mother and a woman. Even the former candidate for the Presidency, Ingrid Betancourt —who supports and defends Hernández— published a video in which she apologized to the Virgin “for mentioning her name inappropriately“.

Prostitutes in Hernández’s speech for Colombia

This is not the first time that Hernández gives an answer on political issues and relates it to prostitutes. In January 2018, when he was mayor of Bucaramanga, capital of the department of Santander, he gave an almost exact statement to the one he offered to RNC.

On that occasion he was interviewed by the local media El Universal and stated: «We made a decision: the movement would receive the Blessed Virgin and all the whores who live in the same neighborhood with her».

Then, in 2019, the candidate questioned whether Sergio Isnardo, a member of the Alternative Social Indigenous Movement (Mais), was really an independent leader because he had been in several political parties.

«He has been groped by everybody, that is, they have groped him more than a prostitute from Puerto Wilches [Santander], that the only thing that has not passed over her has been a railway train», said Hernández.

In other of his speeches, he has also discriminated against the Venezuelan migrant population, assuring that «beggars, prostitutes and unemployed people arrive» from that country, that their women were «a factory for making poor chinos [children]» and according to him, they were just «poor pitiful people” whose presence increased the numbers of syphilis and HIV in Colombia.

At the moment, the leadership of the Colombian Catholic Church has not reacted to Hernández’s statements, who will be measured on June 19 in the ballot for the Colombian Presidency against the leftist Gustavo Petro, in elections that, according to forecasts, will be extremely hard-fought.