Colombia: Scandal or crime? This is what is known about the videos leaked by the medium Semana about the Petro campaign

The candidate for the Presidency of Colombia for the Pacto Histórico (Historical Pact) said that the publications are evidence that they were recorded illegally.
Share 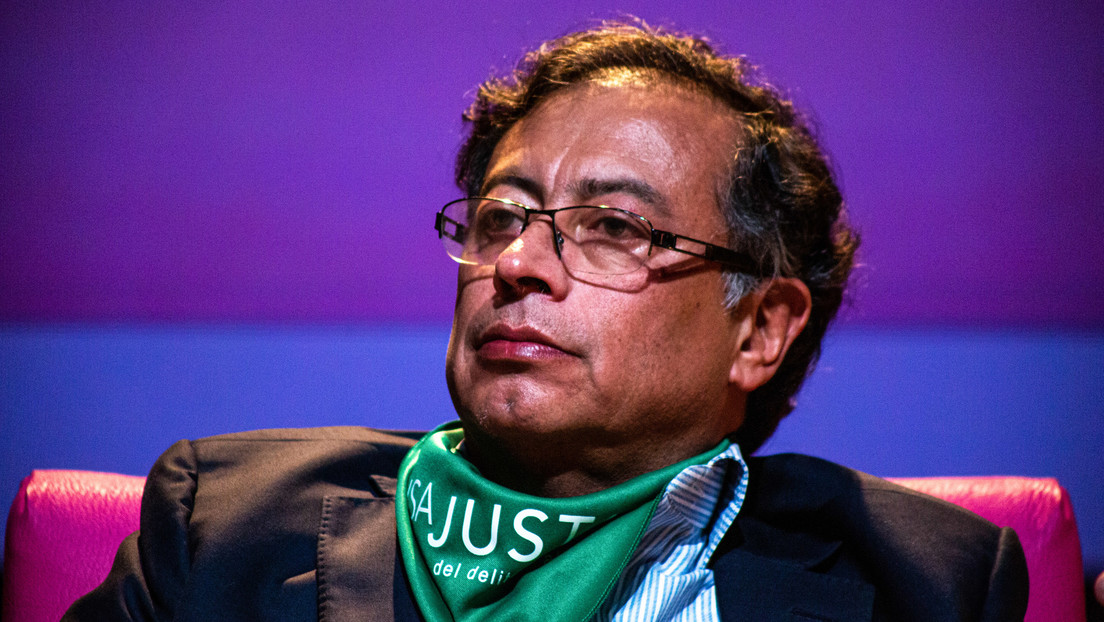 The Colombian media outlet Semana has published a series of videos taken in private meetings of the presidential campaign team of the candidate for the Pacto Histórico (Historical Pact of Colombia), Gustavo Petro, which have been exposed in different press releases with a diversity of approaches and headlines that include words such as «scandalous», «explosive», «impressive», among others, to refer to the recordings.

In several of the recordings, released by the Colombian media as ‘Petrovideos’, the protagonist is not exactly the presidential candidate, but Senator Roy Barreras, a member of the Strategic Committee of the Pacto Histórico, who in different conversations with other members of the organization proposes strategies to counter the other candidacies.

The leaked videos, in which several members of the Pacto Histórico appear, were disclosed without the date on which the meetings were held and when there are only 10 days left for the ballot on June 19, where Colombians will choose between the progressive Petro and the right-wing Rodolfo Hernandez.

In these recordings, Senator Barreras believes that the then independent candidate for the Presidency, Alejandro Gaviria, was an «electoral threat» and that they should carry out a strategy to dismantle his projection.

He talks in the same way about Sergio Fajardo, the political center’s candidate, proposing they would have to divide or pressure him to join the Pacto Histórico. In another video, one of Petro’s communications advisers, identified as Sebastián Guanumen, proposes identifying possible links between Uribista Federico Gutiérrez with criminal groups, drug traffickers and paramilitaries, to discredit his campaign.

Semana also points out that there is a video that «would show» that Barreras supposedly had prior knowledge of the visits made by Juan Fernando Petro, the candidate’s brother, and the elected senator Piedad Córdoba to the La Picota prison in Bogotá, in which both supposedly, individually, asked extraditable prisoners for support for the Pacto Histórico, ‘news’ that was disclosed during the first round of the elections and was rejected by that political movement.

The leftist candidate described Semana’s publications as a «desperate» measure to try to stop «the rise» that would be consolidating Petro’s candidacy in the polls and denounced that the recordings were illegal.

«Semana magazine is desperate with our rise in the polls. They are simply publishing the evidence that we were illegally recorded. Who? The same ones who gave them the recordings: The government», said the candidate.

Petro said that the leaking of these videos is like «a Watergate that must be investigated by an independent commission». He also recalled the accusations made against him by the then Uribe candidate Federico Gutiérrez, that the Pacto Histórico had allegedly placed microphones in his campaign command and said: “I think we were the ones who were wiretapped. As it has happened throughout this century».

The candidate urged Semana to disclose without editing the «hours of recordings made through the communications platform of Colombia Humana» that they have in their possession, so that Colombians can give their opinion without bias. «The fact that the recordings were edited can violate the political rights of our militancy. The best thing is that any citizen can access those hours of recordings and draw their own conclusions», he argued.

In addition, he pointed out that in this way it will be possible to verify that in his private meetings he never said «a single profanity» and they will see «the quality of the proposals» of thousands of militants, «the categorical instruction not to use cash», as well as his «most intimate attitudes in politics».

“Like nowhere else in the world, Colombian society will be able to see all the private meetings of a political movement. Let it be. We have no fear of it. Let people know how much lies have been thrown at us and know who and how we truly are. The complete publication of the videos will show you, for example, that we did not know about pacts with extraditables until the press published such a lie and how we discussed the defense against such a lie», added Petro.

Senator Barreras, the protagonist of a large part of the videos broadcasted by Semana, commented that these were recorded in 2021, in private meetings more than 10 months ago. He also described the disclosure of the recordings as a «true dirty war» and «an act of illegal espionage» that makes it clear that the Pacto Histórico’s campaign finds itself «illegally infiltrated».

“I come back from a tour and find a media storm with illegal recordings of private campaign meetings. The first is obvious: Our campaign is being illegally hacked and infiltrated. For less, a government and a right-wing party fell at Watergate», commented Barreras, who asked Semana to suspend «the use of material» obtained as «the product of a crime», as well as for «its active participation in disseminating the result of that illegal espionage”.

The member of the Pacto Histórico also asked the Colombian Prosecutor’s Office to open an investigation indicating that «illegal infiltrations» within a presidential campaign constitute «a very serious fact and are a crime». «Investigate who hacked? Who infiltrated? Who recorded? Who leaked? Who benefits from these new illegal hacks?», he expressed.

In a series of Twitter messages, Barreras indicated that «in the multiple illegal recordings, there is no illegal act or any strange plan», but «strategy conversations, analyzing competitors, scenarios and actions as all campaigns in the world do».

«In the illegal recordings in which I refer to two pre-candidates more than 10 months ago (Sergio Fajardo and Alejandro Gaviria) there is not even a personal disqualification, nor an insult or slander against them. Two legitimate competitors who were treated in public and in private with respect», he said.

Barreras stressed that in the videos «Colombians were able to see and hear with transparency that there is not a single disqualification or negative action of the presidential candidate» and added that «the illegal recordings» are against the members of the campaign of the Pacto Histórico. «Gustavo Petro’s performance is transparent».

Alejandro Gaviria, mentioned in one of the videos by Barreras, and who recently joined Petro’s campaign, said that he, «in the midst of the fray», does not intend to victimize himself, nor is he «ruminating grudges and collecting grievances».

“Politics is an imperfect world. Many times decisions are problematic. I reject pettiness in politics, but I believe that one should make decisions thinking, above all, of the future of democracy and the well-being of all», said Gaviria.

In response, Petro told him that he appreciated his weighting and that «the consensus towards the fundamental reforms that (Colombian) society needs to live together in peace» will have in Gaviria «a contribution of humanist depth».

Meanwhile, Sergio Fajardo, who announced that in the ballot he will vote blank, reacted to the publication of the videos and said that this way of doing politics is «the same as always».

“They have spent years destroying anyone who confronts them and does not kneel to them. They use all forms of fighting. They divide tasks in private, so that some appear as angels in public. Fake. Clean politics can be done. Do not hesitate. The time will come. These are the same as always”, commented the former centrist candidate.

For his part, the uribista Federico Gutiérrez described Petro and «his collaborators» as «moral assassins» and assured that he does not share «his ideas» or «his methods». «Petro does not deserve to be president of Colombia. He and his closest collaborators are moral assassins and much more. Colombia must be based on morals and principles».

The second electoral round in Colombia, a process to which almost 40 million voters are summoned, will take place on June 19 and according to different surveys the result could be quite close.