Ecuador: What does the law that regulates the legitimate use of force consist of and why did some legislators refrain from approving it?

The president of Ecuador applauded the law and said that it is good for the country. "We needed that law. Our public force needed it".
Share 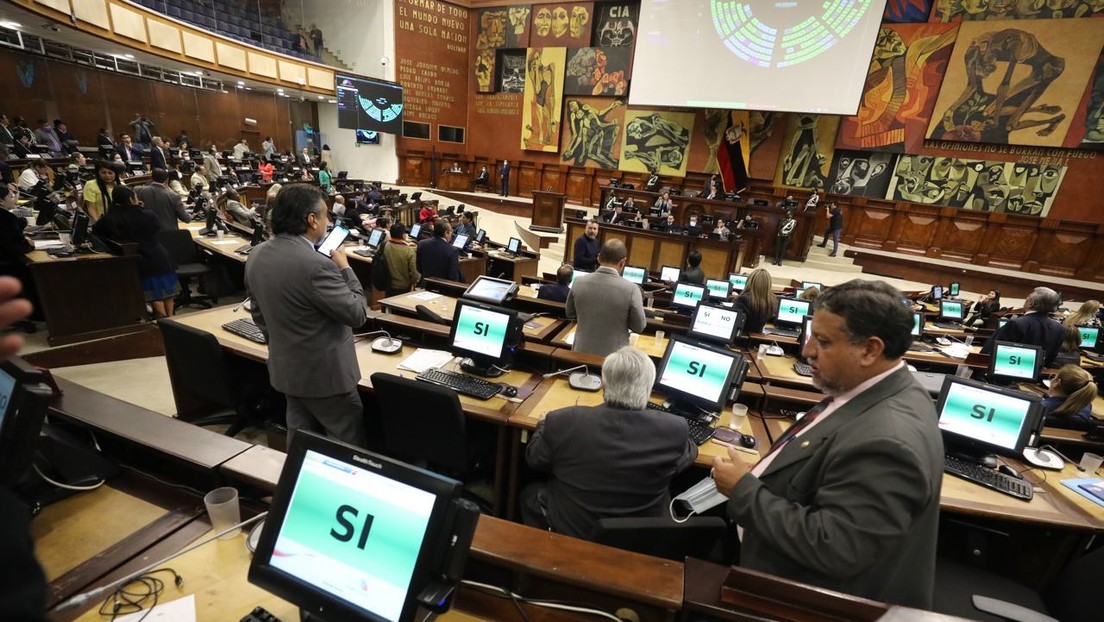 The National Assembly of Ecuador approved, with 104 affirmative votes and 19 abstentions, the ‘Law that regulates the legitimate use of force’, an issue that became relevant due to the increase in the rates of insecurity in the South American country.

The president of the Sovereignty, Integration and Integral Security Commission, Ramiro Narváez, who presented the report, said that the regulations give guarantees to the police, military and prison guides to carry out their work.

He pointed out that for six months they collected «1,350 observations and recommendations» on the subject, which were processed to put together the final text, explains journalist Edgar Romero for RT.

The regulations include proposals from legislators, as well as some from the Executive, which are in the draft of the Organic Law on Comprehensive Security and Strengthening of the Public Force in Ecuador, which was delivered last January to Parliament, where it is still in the first steps of the legislative process.

The project approved in the National Assembly consists of 74 articles, which focus on the actions of the Police, the Armed Forces and the Penitentiary Security and Surveillance Corps. In this regard, it establishes the following:

– The official, when threatened, must first use non-violent means before using physical force, non-lethal weapons or lethal weapons.

– In an «exceptional and differentiated» manner, they may use force or coercive instruments to prevent an offence, arrest offenders, defend protected legal assets and control those who resist authority.

– In case of using force in a lethal manner, the soldiers will be prosecuted within the framework of the law, but they will be able to defend themselves in freedom and will not be immediately dismissed until the investigations are finished.

Regarding control in prisons, the regulations divide the Penitentiary Security and Surveillance Corps into “common agents”, who would have a direct relationship with the prisoners; and a specialized group, which would intervene in cases of high complexity or crisis.

In the event of operations, riots or serious disturbances of order in prisons, the support of the National Police and the Armed Forces may be counted on, but with a prior declaration of a state of emergency.

The 19 abstentions in the National Assembly during the vote on the bill were from the indigenist Pachakutik party, which opposed three articles that speak about the actions of law enforcement with weapons in cases of demonstrations and protests.

Salvador Quishpe, an assemblyman from Pachakutik, said that they do not agree that «in a law that seeks to control crime, they want to take advantage of it to try to control what are social mobilizations, the right to resistance».

Therefore, he asked to separate the two issues: that a law be approved to control the problem of delinquency and not mix it with social resistance.

The articles questioned are 23, 24 and 25 of the regulations. Article 23 says that «dispersion is prohibited as a mechanism for managing meetings, demonstrations or peaceful social protests»; however, it states that this will be authorized by the competent authority, exceptionally, with the purpose of «avoiding a serious threat or danger to the life or physical integrity of people and when other less harmful measures are not possible to protect these Rights».

Section 24 speaks of the minimum standards in the context of meetings, demonstrations or peaceful social protests, noting, among other things, that «in order to determine the existence of a latent threat or danger», issues such as local cultural practices and the existence of evidence of violent intent.

Article 25 – for its part – establishes that, «as a general rule, the use of potentially and intentionally lethal force is prohibited» in peaceful social protests; but the use of firearms by public servants is allowed exceptionally and limited to specific people in circumstances in which it is strictly necessary to deal with a threat or imminent danger of death or serious injury.

Regarding these articles, Quishpe mentioned in his speech that everyone knows that «exceptional issues in this country have become the general rule».

For his part, Narváez pointed out that with this regulation «the protest is not going to be a problem of public order, but rather it is going to be a right protected by the National Police».

He added that these articles that have been questioned «were taken from the highest standards of protection of human rights and are literally copied», thus guaranteeing that there is no criminalization of social protest.

In the hands of the Executive of Ecuador

Now, the approved regulations will pass into the hands of the Executive so that the president, Guillermo Lasso, pronounces himself on the matter and welcomes the text for its promulgation or vetoes it.

So far, the president has been satisfied. “It is gratifying to know that the call to action is beginning to bear fruit. Finally, the Assembly does its part and does it well. We needed that law. Our public force needed it. Our citizens urgently needed it «, wrote Lasso on his Twitter account.