“We invade rainforests and other wild lands that are home to so many species of animals and plants, and within those creatures are unknown viruses
Share 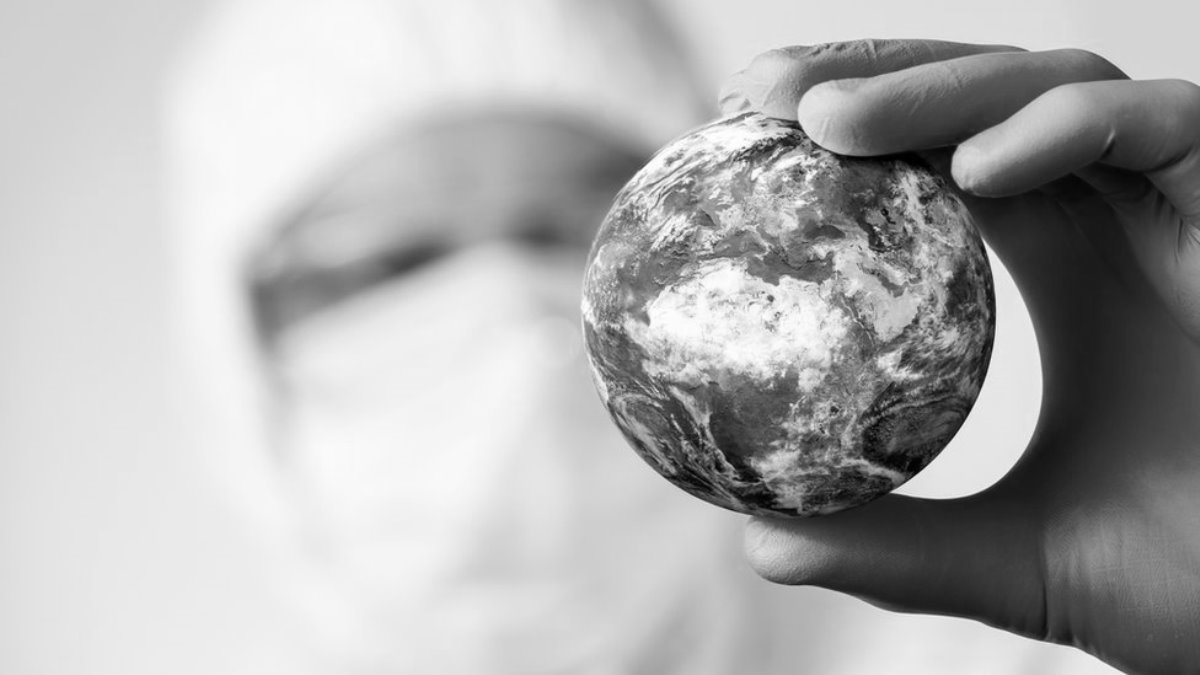 “We invade rainforests and other wild lands that are home to so many species of animals and plants, and within those creatures are unknown viruses. We cut the trees, we kill the animals, or we cage them and trade them. We devour their ecosystems and release viruses from their natural hosts. When that happens, they need a new host, and often we are there”.

These words belong to David Quammen, one of the world’s longest-running scientific researchers and writers. He has written 15 books, among them “Contagion: animal infections and the next human pandemic” (2012); “Ebola: the natural and human history of a deadly virus” (2014); and “The chimpanzee and the river: how AIDS emerged from an African forest” (2015).

To write “Contagion,” he traveled the world for several years investigating zoonotic viruses, those that jump from animals to humans. His work is practically a premonition of the COVID-19 pandemic, a disease caused by the new coronavirus SARS-CoV-2.

Since the World Health Organization (WHO) decreed the pandemic, Quammen is a “person of interest” to the media. His theory states: “The coronavirus may have originated in a bat, but it was man who unleashed the madness”.

Why COVID-19 is man’s fault

Quammen explained – in an interview with El País – that scientific studies have shown that bats have immune systems that have evolved to be more hospitable to foreign bodies such as viruses. However, these animals live apart from civilization and would not be a problem in a less arrogant society.

“We destroy their habitats and they (the bats) are forced to look for food in urban areas where there are orchards and fruit trees. That brings them closer to us and we are more likely to be infected with their feces and urine. They can even infect domestic animals”, he said.

In an article published in The New York Times, Quammen denounces a “dangerous trade in wildlife for food. This spans Asia, Africa and, to a lesser extent, the United States and other regions. (…) Bats, civets, porcupines, turtles, bamboo rats, birds and other animals are sold in markets such as Wuhan”, in China.

His words reveal how man offers viruses more opportunities than ever. Worse yet, he does it without realizing that he offers more than 7 billion potential hyper-connected guests. Quammen explains: “The bubonic plague killed a third of the European population, but in the 14th century it could not travel to America or Australia. This coronavirus is one of the most successful, along with the pandemic strain of HIV, and we are the ones who help it to be so successful.

What do we do to avoid it

“Science knew it was going to happen. Governments knew it could happen, but they didn’t bother to prepare”, said Quammen. He adds that politicians’ excuses were always: “I will not spend money for something that may not happen under my mandate (…) Well, if you thought financing pandemic preparedness was expensive, expect to see the final cost of COVID-19”.

In that sense, it is incredible that knowing the serious consequences of this action – and inaction in some cases – of man, there are still political leaders who lie and turn a blind eye to the devastation of the environment.

The world is witnessing how various governments brag about cutting down and deforesting forests to benefit logging and agricultural oligopolies, whose purpose is far removed from the social good. Worse, they even prioritize those activities over public health, education, and research budgets.

Therefore, it is regrettable that because it is “the phenomenon of the moment”, the coronavirus leaves the greatest threat facing the planet in the background: Climate Change or global warming.

Perhaps the main difference between COVID-19 and Climate Change is that the former is killing faster. But, that is also the greatest weakness: it can kill millions of people today, while it consumes the entire planet in slow motion.

On the causes of continuous and accelerated global warming, the responsibility of man has been explained and demonstrated. The Secretary General of the UN, Antonio Guterres, has exposed the urgent need to move towards a sustainable economy, characterized. by solidarity and low in carbon emissions.

Why is it difficult to achieve? Because humanity got used to consumerism as a model of life. Thinking of a green economy that protects biodiversity, promotes sustainable ecosystems, fair trade and the use of renewable energies is a utopia.

From the clothes we wear, the electronic products we buy, the food we consume, the trips we make – by motorcycle, car, bus, train or plane – the energy we use at home; Everything implies that the world market cannot stop because every day it has more demand.

Precisely, each of these aspects has been affected by confinement in a pandemic. The reduction of CO2 emissions responds to the drastic decrease of cars in the streets and airplanes in the skies. Also to the paralysis of industrial production and tourism. Likewise, to the prohibition of large concentrations of people in events of any kind.

Today, air pollution has been reduced and the waters are cleaner. People are at home and not in shopping centers spending money, and even wild animals are seen in neighborhoods. However, although it seems that nature makes peace with man, everything is just a “bubble”.

The rebound effect of Climate Change

Greenpeace issued a warning collected by the NGO Ayuda en Acción: “The coronavirus will not bring us a greener planet”. Although greenhouse gas emissions are being reduced, the concentration of CO2 in the atmosphere continues to rise.

The question is what will happen when the lockdown ends? “The measures that governments take to stimulate the economy could have a rebound effect. Although that could also be a consequence of the behavior of peoples as consumers. If, after months of confinement, we take to consuming or traveling excessively, for example, factories will have to increase their production to satisfy our demand. This is how the NGO explains this situation, when addressing the relationship between COVID-19 and Climate Change.

There is also another question. Once the pandemic is over, will the governments and the human beings become fully aware to suspend the actions that led to the spread of the virus? Or, perhaps, act the same as with Climate Change and play blind, deaf and dumb. All this, while helping to leave a world on fire for their grandchildren, great-grandchildren and great-great-grandchildren.

At this point, another statement by Quammen becomes relevant. “This pandemic is not a novel event. It is part of a sequence of related contingencies that goes back to the past and will extend into the future, as long as current circumstances persist. So when you’re done worrying about this outbreak, worry about the next one, or do something to change those circumstances”.

In the end, that is the truth. COVID-19 and Climate Change are simply effects of a pattern of choices that us, as humans, make.