Deadly cocktail in the shadows of the pandemic: anxiety, confinement and alprazolam

Some symptoms may be headaches, muscle aches, confusion and irritability, tingling and cramps in the extremities, sensitivity to light and sounds, hallucinations and seizures
Share 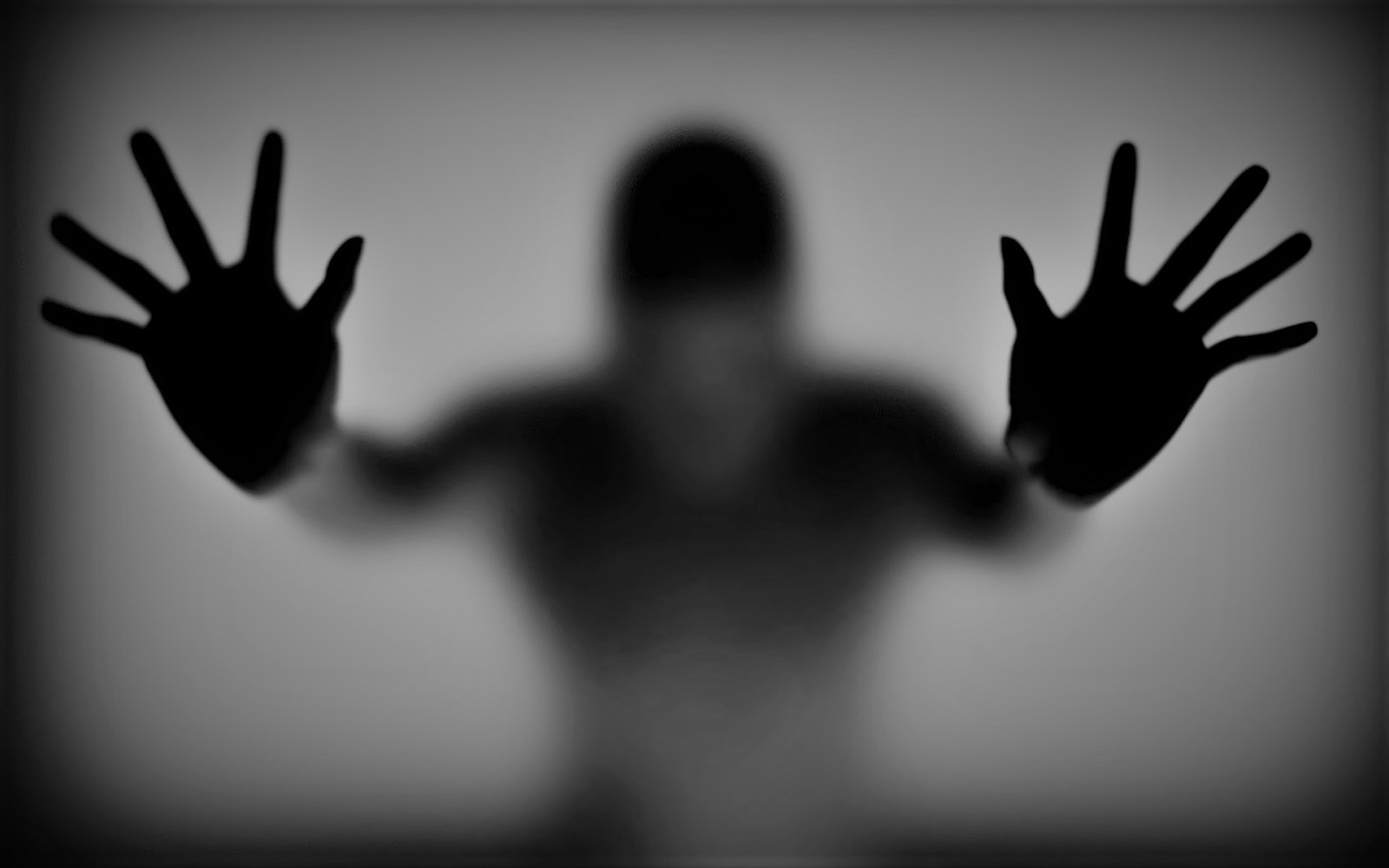 The pandemic caused by COVID-19 has forced billions of people to stay home to avoid being infected with the type 2 coronavirus of severe acute respiratory syndrome or SARS-CoV-2. This confinement, which in many countries has lasted for more than two months, is causing anxiety in many of those who comply with the preventive measure, but the confinement is more serious for those who already had this emotional disorder and that, with the outbreak of the virus, have been fully exposed.

Anxiety is a feeling of uneasiness, nervousness, worry, fear, or panic about what is about to happen or may happen. Confinement and not knowing when it will end or when scientists will get a cure or vaccine to return to the ‘routine of life’ is also a trigger for anxiety, which in its most intense stage can feel like fear, terror and even panic.

Constant worry and feelings of tension and stress are forms of anxiety, and the coronavirus and its behavior are part of this phenomenon that added to the preventive confinement and the use of anxiolytic medications such as alprazolam, commercially known as Xanax, could be a deadly combination in many people who decide to use this remedy to calm down.

Alprazolam is the most prescribed active ingredient on the planet to treat states of anxiety, panic attacks or intense stress, which works as a highly effective psychotropic drug but whose use and administration must be carefully planned to avoid tolerance and addiction.

This drug (Alprazolam) is a type of intermediate-acting benzodiazepine. This means that its effect is relatively fast, something very useful when you have an anxiety or panic attack at any given time. In addition, this medication is also often used as an antidepressant and relaxant, to reduce anxiety neurosis, among other types of stress.

Confinement, the ‘news blitz’, and the pandemic itself have generated intense states of worry, stress, anxiety, depression, and distress in the vast majority of people who have quarantined or confined themselves.

Sure, many people manage to master these stress levels but others don’t, and that’s when this drug becomes a useful, effective option; and in the worst case, addictive and necessary.

What is alprazolam and how does it combat anxiety?

Alprazolam is the active ingredient of these drugs marketed under the name of Trankimazim, Xanax, among others. Each tablet generally contains 0.5 mg of this element. The rest of the components that make up each tablet are lactose monohydrate, microcrystalline cellulose, corn starch, sodium dioctyl sulfosuccinate (85%) with sodium benzoate (15%), colloidal silica dioxide, magnesium stearate, etc.

It was first synthesized by Upjohn Laboratories (now part of Pfizer) in the 1960s as an alternative to barbiturates, tremendously addictive and with serious side effects. However, it wasn’t until 1981 that it began to be sold as the first drug approved to treat panic attacks.

The success was immediate, so much so that to date, according to a study by the University of Virginia published in the Journal of Addiction Medicine, alprazolam is the most prescribed benzodiazepine worldwide, and in turn, one of the most addictive .

Alprazolam is easily absorbed from the gastrointestinal tract. It has a fast onset of action and a bioavailability of 80% to 90%. The drug is metabolized in the liver and excreted through the urine. It is common for doctors to prescribe doses ranging from 0.25 mg to 0.5 mg to their patients, about three times a day.

The peculiarity of this anxiolytic is that its structure is very similar to that of tricyclic antidepressants, which generate sedative properties and hypnotic and anticonvulsant effects, as well as a more than remarkable potential to reduce anxiety. That is, it is a high potency benzodiazepine.

Like all drugs, and especially like all psychotropic drugs, it has associated side effects. The treatment with this anxiolytic should be as short as possible, being the ideal and the recommended thing to never exceed 12 weeks, including in that time, the phase of withdrawal of the drug itself.

What are the secondary effects?

Alprazolam is a drug that many patients end up taking too regularly, to the point of becoming addicted. The effect of chronic consumption of this type of benzodiazepine has serious consequences.

The University of Dhaka, in Bangladesh, carried out an exhaustive study to find out the side effects in these cases, and the results of which were published in the journal Behavioral Neurology, determined the following negative consequences for consumers of the drug: low cognitive performance, problems with attention and memory; psychomotor problems, slower movements. Even serious problems driving or handling some machinery.

On the other hand, in the event that the patient ends up developing physical and mental dependence, the following effects will be experienced: headaches, muscle pain, pronounced anxiety, confusion and irritability, tingling and cramps in the extremities, sensitivity to light and sounds, hallucinations or seizures in the most severe cases.

Alprazolam is not recommended for the entire population. For example, patients with narrow angle glaucoma will not be able to continue treatment with this drug. People with respiratory diseases in their respiratory tracts, respiratory insufficiency or kidney failure will also not be able to have alprazolam as an anxiety drug. In short, its effects coincide with the damage caused in those infected with COVID-19.

It should also not be used during pregnancy and lactation. In older adults, the drug is also dangerous because it makes them more prone to falls and fractures. However, its use is widely prescribed in countries such as the United Kingdom and the United States; where teenagers and young adults have been using it for years as a highly addictive and recreational legal drug.

The dangerous rebound effect of alprazolam

Dr. Cathy Montgomery, Professor of Psychopharmacology at Liverpool John Moores University, explained in a study on the effects of Xanax that «when someone experiences a high degree of anxiety, they release a greater amount of chemicals such as adrenaline, which would normally make them feel more awake and alert, but there is also a deficiency of GABA-A receptors, responsible for producing a sedative effect».

“So, the increase in adrenaline and the decrease in GABA have a double impact on the increased arousal of the brain, which manifests itself in the form of anxiety. Therefore, taking Xanax may not have the same powerful sedative effect in these people”.

Therefore, if Xanax is taken for recreational purposes, that is, suffering from anxiety, it will achieve a dangerous sedative effect that will create a chemical imbalance in the brain – the same as the drug is supposed to correct – but in the opposite direction.

The worst effects begin to manifest themselves after the sedative effects have passed, when the body begins to do its best to maintain the balance of the brain. «Whatever you take, your brain will try to regulate it, releasing, for example, adrenaline to counteract an effect», explains Montgomery.

While you are under the influence of Xanax you will not notice it because the drug is so powerful that it overcomes the brain’s efforts to restore balance. «When you take this substance, you release enough GABA to prevent anxiety», explains Montgomery.

It takes several days for the Xanax to disappear completely from the body, but the most powerful effects disappear after a few hours. First, the drug becomes unbound from the brain’s GABA-A receptors, is broken down by a series of enzymes and by the liver, and eventually excreted.

Problems can arise the moment the drug separates itself from receptors in the brain. The sedative effect will begin to wear off, but the brain will continue to try to maintain balance. This can produce a horrible slump. «It’s the opposite of the reason you take it», says Montgomery. «You have a sudden increase in brain activity that can make you feel very anxious, agitated, sleepless or even scared».

Those feelings are, in part, the reason why Xanax users can develop dependency on the drug quickly, and if they hadn’t experienced anxiety before, they could develop it now.

«Those who take it as a recreational drug may feel the need to continue taking it due to withdrawal symptoms, characterized by dysphoria. That perpetuates consumption and then you start taking it to self-medicate», says Montgomery.

The tolerance to the anti-anxiety effects of Alprazolam tend to develop very little by little, although those who consume it due to its sedative effects may have to increase the dose within a few days.

Dr. Tony O’Neill, professor of psychiatry at the University of Queens, Belfast, says: “Benzodiazepines should only be prescribed for short periods of time. The problem is that over time you need increasing doses to get the same effects”. For this reason, users of Alprazolam as a recreational drug in large quantities can develop significant withdrawal symptoms. «They can be horrible», says O’Neill.

Possible symptoms include insomnia, anxiety, panic attacks, and nausea. Quitting the drug suddenly can cause seizures.

When the person becomes addicted, that is when the greatest problem appears, because in the search to make the drug stronger, the person begins to combine it with others, and in the case of people who use it as «recreation», they can combine them with alcohol, a ‘cocktail’ that can be fatal.

In its recreational version, the drug has been glorified by hip hop artists and frequently appears in the lyrics of their songs. In November 2017, New York rapper Lil Peep was found dead after overdosing on Xanax and fentanyl, a powerful synthetic pain reliever.

That’s a deadly combination – authorities have stated -, and users risk ingesting it when they buy Xanax online or through street vendors, as they can’t be sure how the drug was manufactured.

According to figures from the UK National Crime Agency (NCA), more than 100 people died in 2018 from consuming it with fentanyl. «The danger we have here is that young people who are used to taking the drug (Xanax) think they know what they are doing», says Tony Saggers, a former NCA official.

«The great disaster is when these tablets are shared among friends and a ‘friend’ kills another friend because they have sold them something without knowing what it was», he warns.

Experts say that despite warnings, in countries like the UK, the use of counterfeit Xanax appears to be on the rise, although no figures are available to know exactly how widespread its use is.

«People buy things online and have no guarantee of what they receive. The components can change from one drug to another, so they are playing with death because these things are dangerous», says Rosanna O’Connor, director of Alcohol, Drugs and Tobacco at the Public Health service in England.