The government of Ecuador, which is celebrating its first year on May 24, has faced at least five prison massacres.
Share 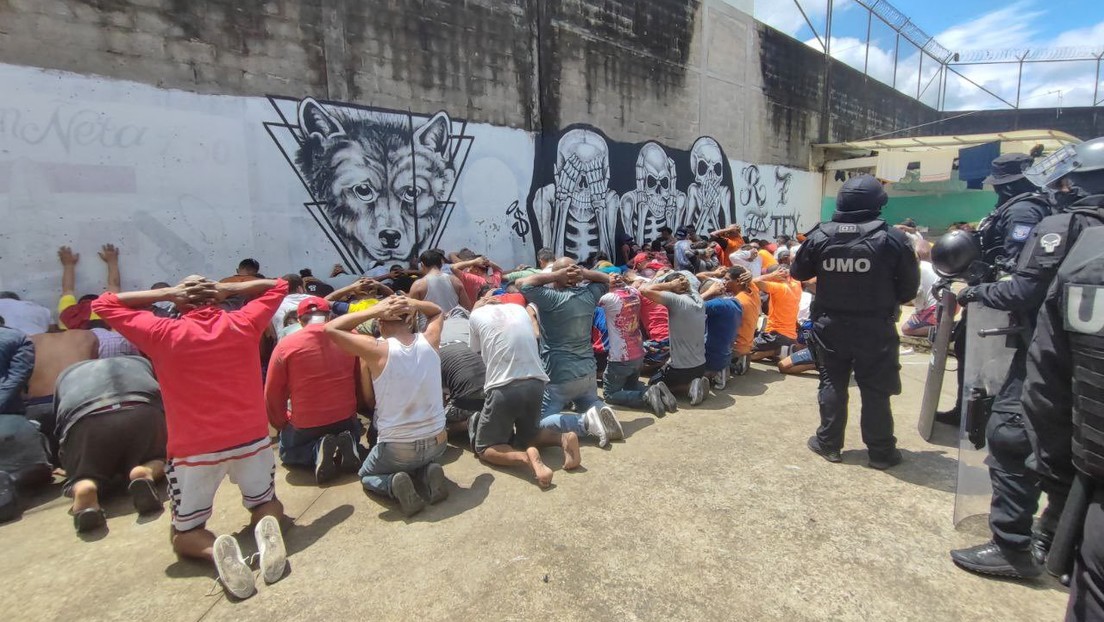 In the early hours of Monday, May 9, a new prison riot was recorded in Ecuador. The situation took place in the Santo Domingo de los Tsáchilas Social Rehabilitation Center and left 44 inmates dead.

With this, there are already 64 prisoners who have lost their lives this year in the South American country in the midst of riots, after another 20 died in early April in clashes at the Turi Social Rehabilitation Center (CRS), located in the Ecuadorian city of Cuenca, in the province of Azuay, explains journalist Edgar Romero for RT.

In just over two years, the figure has already risen to more than 400 prisoners killed in this type of incident. In 2020, in the midst of the strongest stage of the coronavirus pandemic, there were 46 and in 2021 there were 316 —an increase of 587% over the previous year—, according to a report by the Inter-American Commission on Human Rights (IACHR).

Only during the administration of the current president, Guillermo Lasso, who will complete a year in government on May 24, there have been at least five massacres inside prisons. On September 28, 2021, the worst prison massacre in the country occurred; The events took place in the Guayas No. 1 Deprivation of Liberty Center (CPL), also known as the Litoral Penitentiary or ‘La Peni’, causing the death of 122 people.

Causes of the last riot that has occurred in Ecuador

The National Service for Comprehensive Attention to Persons Deprived of Liberty (SNAI) reported that Monday’s riot occurred in the maximum security pavilion of the Santo Domingo de los Tsáchilas prison, where, after a routine check up by the security forces, they found four rifle-type firearms, three pistols, a revolver, four grenades, 1,800 2.23 caliber cartridges and three magazines.

According to the Government, as in the previous massacres, this riot was the action of a gang seeking control of the prison, which is disputed with another group.

The Minister of the Interior, Patricio Carillo, explained that this fact «was a cruelty (cruel action) of a criminal gang that perpetuated the same acts a month ago in Azuay».

Specifically, according to the minister, prisoners from Los Lobos executed those from the R7 gang with knives. The target was Marcelo Anchundia, leader of the gang.

Anchundia had recently been transferred to the Santo Domingo prison, thanks to a habeas corpus granted by a Guayaquil judge. According to Fausto Salinas, commander of the National Police, his presence in the prison compound caused the massacre.

Before, Anchundia was held in the Turi prison; but after the confrontation between Los Lobos and R7 in that prison in April, he and other leaders were taken to La Roca, in Guayas. There, he requested the measure to be taken to Santo Domingo.

In the massacre that took place in February 2021, when there were simultaneous riots in the CPLs of Azuay No. 1, Cotopaxi No. 1 and Guayas No. 1, as well as in the Guayas Social Rehabilitation Center No. 4, which left 78 dead inmates, the then Government of Lenín Moreno alleged that these had been clashes between gangs for control of the prisons, indicating that they occurred after the murder of Jorge Luis Zambrano, alias ‘Rasquiña’, who was the leader of the criminal organization ‘Los Choneros’.

Regarding the massacre that occurred in September, the worst in the country, the SNAI indicated that it was due to «confrontations between criminal gangs», while the State Attorney General’s Office (FGE) reported that it was also motivated by the intention of the authorities to transfer gang leaders to other prisons.

In the country, until last year, at least six criminal gangs had been identified that are vying for control of prisons, which are: Los Choneros, Pipos, Tiguerones, Chone Killers, Lagartos and Los Lobos. Now it is joined by the R7 group, which has been defined by the authorities as a «criminal micro-gang», dedicated to micro-trafficking, robbery and hired assassins, which appeared in 2020 in Santo Domingo de los Tsáchilas, as a result of the alliance between Ángelo Javier, alias ‘Black Angelo’, and Anchundia.

Although the prison riots in Ecuador have been caused by clashes between criminal gangs, human rights organizations have emphasized the deterioration of the country’s prison system.

The IACHR, in its report published last March, identifies several causes, including:

– “The lack of effective control of prisons by the State”, and consequently, that “intramural control has been exercised by the detainees themselves”.

– The dispute over the control of pavilions and penitentiary centers in the interior by different criminal gangs.

– The «insufficiency of prison security guards dedicated to the surveillance and control of the centers», and the lack of equipment, training and preparation of these men.

Other factors in this crisis, according to the agency, are corruption, lack of proper registration of prisoners, overcrowding and «the excessive use of preventive detention».

In its report, the IACHR also refers to the cruelty of deaths in prisons. For example, in the massacre of September of last year, he says that 88 bodies were complete, and the others «presented different types of mutilations —among them, four decapitations»; while in the one that occurred on November 12 and 13, also at CPL Guayas No. 1, in which explosives were used to make a hole in one of the walls of a prison pavilion, «the bodies raised by the authorities were in very poor condition due to the extreme violence to which they were subjected”, some of them “were dismembered or mutilated; and the bodies and anatomical parts were piled up and set on fire.

The UN High Commissioner for Human Rights, Michelle Bachelet, spoke about what happened on Monday in the Santo Domingo de los Tsáchilas prison.

She said that this massacre, as part of a series of massacres in Ecuador, shows the urgency of reforming the criminal justice and prison system in the South American country. Likewise, she stressed the responsibility of the State in these deaths in prisons.

«The responsibility of the State for the safety of all the people in its custody creates a presumption of State responsibility for these deaths», was Bachelet’s message, according to a statement read by her spokesperson at a press conference in Geneva.

In her statement, the high commissioner also said that the government should consider a roadmap that she proposed «to guarantee security in prisons, improve the conditions of inmates and guarantee better prison management, which includes combating corruption».

The Government of Ecuador ‘s actions

After what happened at the Santo Domingo de los Tsáchilas Social Rehabilitation Center, one of the actions of the Ecuador ian authorities was the transfer of six prisoners, identified as leaders of criminal gangs, to La Roca and the Litoral Penitentiary, both in Guayas.

“This response deserves a resounding ratification from the administration of justice to maintain order in the prison system”, says a message on Twitter from the Ministry of the Interior.

Carrillo said that «we must review the mechanisms for accumulating sentences and deny benefits to those involved, and subject them to a more demanding disciplinary regime».

President Lasso, who is currently visiting Israel, commented that they «will not give in to the mafias». «Our commitment to restore order in prisons is firm», he added.

During his administration and as part of the actions to stop the prison crisis, Lasso has granted pardons to some prisoners, with the purpose of reducing prison overcrowding. According to information provided last February, the country’s prisons had until then 34,821 prisoners, although the maximum installed capacity of the prisons is for 30,169 inmates.

In February, Lasso presented the National Strategy for the Public Policy of the Social Rehabilitation System, which, according to the authorities, emphasizes the promotion of the human rights of persons deprived of liberty.

This new policy, had for its elaboration the technical cooperation of the regional office for South America of the UN High Commissioner for Human Rights, and it contemplates 12 axes and more than 300 actions in the sectors of work, justice, education, culture, sports, social assistance, human rights, among others areas.