While the South American country is risking everything in these presidential elections, Gustavo Petro, who has received death threats, is also risking his life.
Share 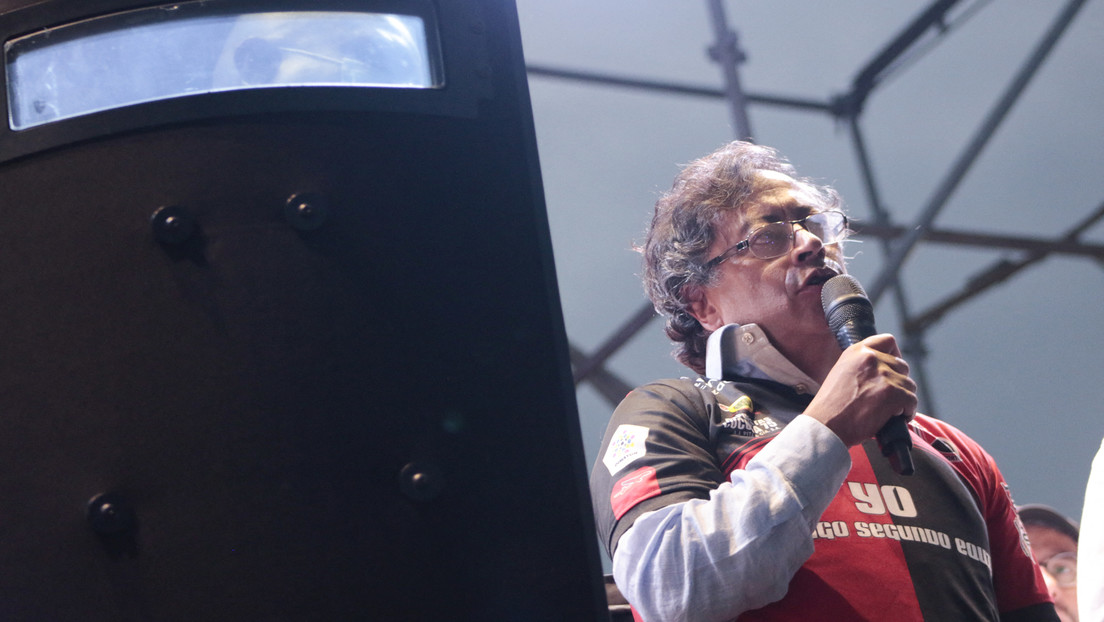 The Colombian electoral campaign is approaching a climax. There has been no way to ‘bring down’ leftist Gustavo Petro from the top, who, poll after poll, shows his leadership by several points.

The alliance of his main rival, the right-wing Federico Gutiérrez, with former president César Gaviria, a centrist liberal, could ensure the runoff that Petro is trying to avoid, trying to ensure victory in the first round, explains sociologist Ociel Alí López in an article for RT.

But the political situation of this 2022 is very different from that of 2018, when Gaviria’s support for the current president Iván Duque was essential for his victory.

On this occasion, Petro looks much less vulnerable electorally and leads the presidential race by a greater margin in the polls, when compared with the rest of the candidates. This situation generates intense nervousness in the conservative forces, both in the more political and in the warmongering  sectors that inhabit that country.

So it is here, in the final stretch, with an unstoppable Petro, that the darkest shadows of Colombian society come to light. In fact, the question that obsesses the establishment is only one: how to stop him?

Semana and the «unrest in the barracks»

The rabidly conservative magazine Semana has dedicated its May 1 cover to «revealing» a supposed military malaise, after interviewing «dozens of generals and other officers and non-commissioned officers from all the forces, as well as soldiers, who agreed to speak with this magazine under the reservation of their identities».

The conclusions from an «investigation» of this magazine are no new news: «As he has been growing in the voter’s intention, a feeling of prevention and annoyance in the (military) ranks has also increased».

The recent affair of the leftist candidate with the General of the Army, Eduardo Zapateiro, who directly entered the electoral campaign by publicly arguing with Petro, triggered more tensions between the progressive sectors and the military world. But now there is a higher threat.

A death threat against Petro

The candidate suspended events in the coffee region, scheduled for May 3 and 4. In a statement he explained that he had received information that the La Cordillera group would attempt against his life in a public event.

The La Cordillera group – says the statement – «is a paramilitary organization dedicated to drug trafficking and hired assassins». He also bases this information on police sources.

It is not something new for Petro. Already in the 2018 campaign, an event in Cúcuta was boycotted by sectors of the radical right and the paramilitary, and the car in which he was traveling was hit by gunfire several times. Given these facts, the government, the media and the institutions were complacent, lowering the volume of the seriousness of the event, despite the fact that the meeting had to be suspended.

But this campaign has been much more aggressive and has allowed us to see military chiefs inciting violence against him (Petro), the media in a hysterical state pointing out countless things against Petro and alleged threats against his life.

On this occasion, the government responded for the safety of the candidate, but Duke himself says that the intelligence agencies «have no information of any attack being planned against any presidential candidate».

Other Uribe officials and senators have tried to downplay the fact. Vice President Marta Lucía Ramirez affirmed that “no one has more security” than Petro and she asked not to generate “unjustified panic”. For Uribismo senator Ciro Ramírez, the possible attack is part of a “media campaign”, while María Fernanda Cabal, another Uribismo senator, made it clear that she does not believe the alleged threats against Petro  “because he is a mythomaniac”.

The problem is that the Colombian State and its institutions have been especially stubborn when it comes to shielding the security and life of the candidates. But not of all.

Despite the strong guerrilla activity that has existed in Colombia, no right-wing candidate, in that country, has been killed.

On the other hand, the leaderships that have promised to transform Colombian society have met their death in the middle of an electoral campaign.

The assassination of Jorge Eliécer Gaitán in 1948 was the trigger that opened decades of an armed struggle that has not yet ended. Later, between paramilitaries and drug traffickers, the lives of Luis Carlos Galán (1989), Jaime Pardo Leal (1987), Bernardo Jaramillo (1990) and Carlos Pizarro (1990) were ‘cut short’. All of them were progressive candidates.

The most worrying thing is that the current commander of the Army, General Zapateiro, declared himself moved when alias Popeye died of natural causes, one of the most cruel and famous assassins of the Medellin cartel, who was involved in many political assassinations that had an impact on Colombian society.

The fact is that Colombia is a vast territory infected with very violent irregular groups and Petro’s current situation, which on the one hand brings a radical proposal for change and at the same time leads the way, with a big margin in the polls, has made him the privileged target of all conservatism and especially the one that is armed: paramilitarism.

With this specific complaint against La Cordillera and the suspension of the candidate’s tour in the coffee region, the lack of control of the State in Colombian territory is evident.

Petro’s life is in imminent danger. His lead in the polls suggests uneasiness in the conservative springs of a society accustomed to resolving its political diatribes and fears with violence and murder.

Suspending his public events could paralyze the campaign, but not doing so could put his life at risk. Although more than his life, an event of this type would mean triggering extreme violence in Colombia again, possibly for several more decades.

Colombia is risking everything in these presidential elections, whose first round will be on May 29: either it tries to turn the page on violence or it may be trapped in it for the long century that lies ahead of us.