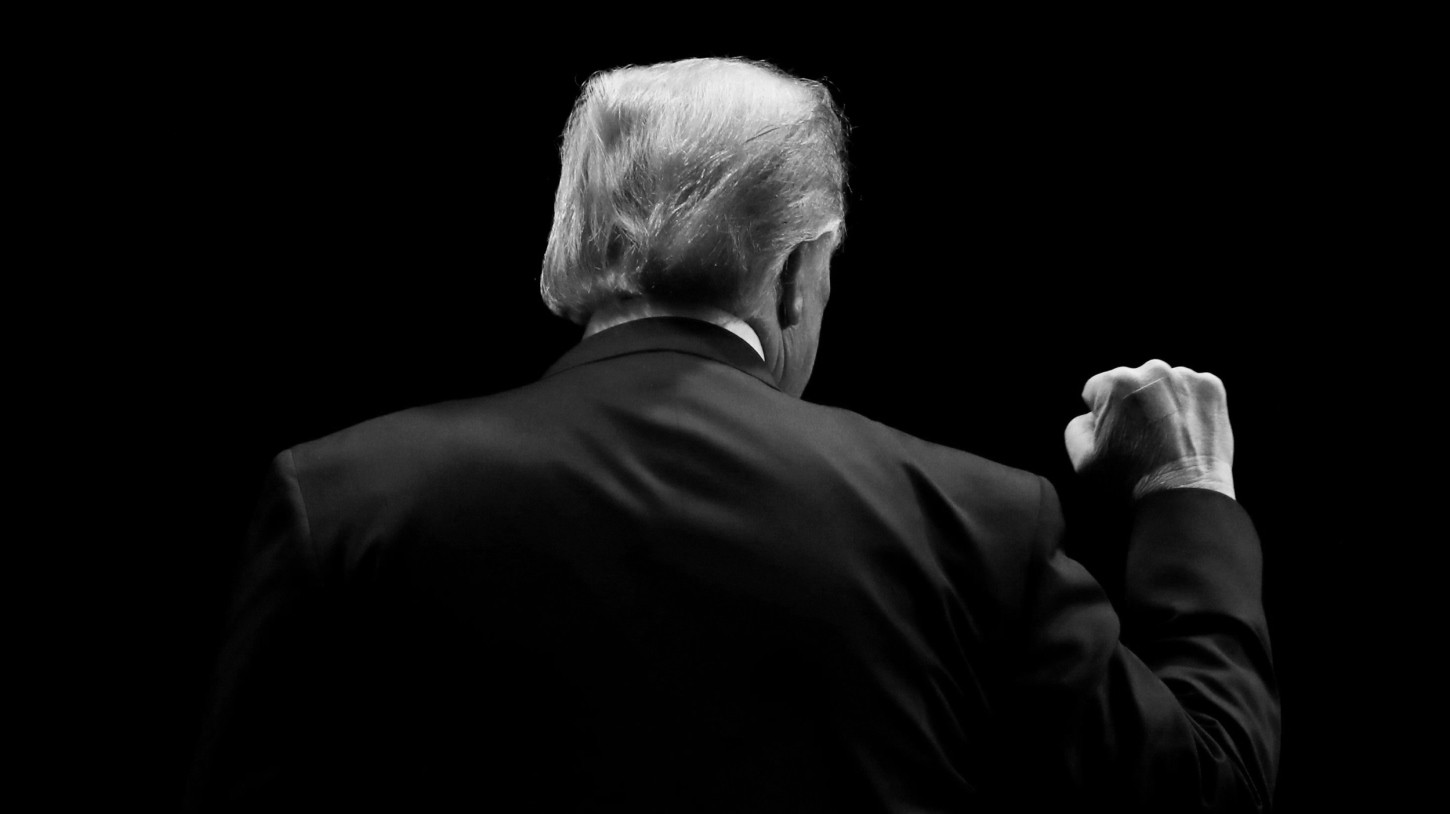 The US Senate voted on Tuesday in favor of holding the second impeachment trial of former President Donald Trump. Six Republican senators joined the Democratic caucus and added 56 votes, to 44 of those who opposed the measure. The vote came after House prosecutors opened the case with the projection of a harrowing 13-minute video. The audiovisual showed the violent riots in the Capitol on January 6, for which they blame the tycoon.

But the fact that only six Republicans voted in favor seems like a premonition that Trump will be acquitted, again. “The outcome of this trial is predetermined”, emphasized Republican Senator from Texas Ted Cruz in the session. “President Trump will be acquitted”. Now, why the Democrats want to prosecute and convict him, we already addressed in a previous work that you can read HERE.

However, beyond this reality, the question arises of how a person can become someone like Trump. Worse, how such a sociopathic being could reach the presidency of the world’s leading economic and military power. Months ago, one of his nieces offered some clues to answer that million dollar question.

What kind of man is Donald Trump

A sociopath is recognized in the Diagnostic and Statistical Manual of Mental Disorders – from the American Psychiatric Association – as an individual with “antisocial personality disorder”. He is a liar, manipulative, impulsive, irritable, aggressive, irresponsible, stubborn, arrogant, without empathy or remorse, and has a hard time having a monogamous relationship. So, is Donald Trump a sociopath?

Yes, he is, according to his niece, Mary L Trump. She is the author of the book ‘Too Much and Never Enough: How My Family Created The World’s Most Dangerous Man‘.

Mary L (55 years old) is the daughter of Fred Trump Jr., Donald’s late older brother. She has a BA in English Literature with a Ph.D. in Clinical Psychology from Adelphi University, New York. In addition, she lived her childhood and adolescence in the foreground in the bosom of a “malignant dysfunctional family”.

In statements collected by The Guardian, Mary L. describes the tycoon as a fraud, narcissistic, twisted, spiteful, without empathy, victim of a sociopathic and macho father. Precisely, she portrays Fred Trump – her grandfather – as “a dominant patriarch, with a heart of stone”, who transmitted all his complexes and anti-values to the current president.

Psychiatrists point out that psychopathy can be hereditary, the product of brain injury or abuse and / or neglect in childhood. In this regard, Martha Stout, a Harvard psychologist and author of the book ‘The Sociopath Next Door’, explains: “An unstable or irregular parenting or inconsistent parental discipline increases the likelihood of conduct disorder becoming an antisocial personality disorder ”.

How was the sociopath Trump formed?

Doctors who have examined Trump in the last decade say that his health is “exceptional”. Then, the author’s thesis gains more force. The New York Times reports that in the book, Mary L assures that her grandfather, Fred “caused the president to adopt intimidation and other aggressive behavior to cover up his own insecurities”.

Also, she exposes that the Trump family “was deeply divided in terms of gender”. Fred “raised” the three boys and his wife, Mary, the two girls.

“The divisive environment that my grandfather created is the water that Donald has always swam in. He was a high-level sociopath” who followed two strict rules: “never show weakness” and “never apologize”. “If Fred Jr. ever said, ‘I’m sorry, Dad’, Fred “would scoff. He wanted his eldest son to be a murderer”.

“At family dinners there were certain things that Fred did not tolerate. “Keep your elbows off the table, this is not a horse stable”, he exclaimed repeatedly. Even, with a knife in hand, he would hit its handle against the forearm of anyone who would ignore it”.

Trump and his brothers preferred to lie to his father. “For Freddy, it was defensive, not just a way to avoid disapproval or avoid punishment, but a way to survive (…) For Donald, lying was a way of self-aggrandizement. He wanted to convince the rest that he was better than what he really was”.

According to the author, her grandfather “limited Donald’s access to his own feelings. He made many of them unacceptable, perverted his son’s perception of the world, and damaged his ability to live in it”.

From a young age, Mary L. recounts that, “Donald saw his younger brother, Robert, as the weakest, and he enjoyed tormenting him. He would often hide his favorite toys and pretend that he had no idea where they were. She also remembers that once when Robert’s tantrum got out of control, Donald threatened to disarm his truck if he didn’t stop crying.

“Desperate to save them, Robert ran to his mother. Mary’s solution – who had no right to educate them – was to hide the trucks in the attic. She punished Robert, who had done nothing wrong, making Donald feel invincible (…) Although he was not rewarded for his selfishness, stubbornness and cruelty, he was not punished either”, she explained.

Once – his niece recounts – Trump tormented Robert and received a spoonful of his own medicine: His older brother, Freddy, threw a bowl of mashed potatoes on Donald, deeply wounding his pride. More than half a century later, in 2017, his sister Maryanne brought up the story at a toast at the White House and the president was deeply upset.

From that day on, as a child, he decided that since his father did not respect his older brother, neither would he. According to the testimony collected by the Times, Donald noticed the teasing of his father towards his older brother and decided to join in, to become “the favorite son” of the first Trump sociopath.

“Donald would not bear a similar scorn. His personality served the purpose of his father (…) That’s what sociopaths do: they co-opt others and use them for their own ends, ruthlessly and efficiently. No tolerance for dissent or resistance”.

Mary L. also reveals that her uncle “paid a friend to take the SAT, a standardized test that evaluates applicants to college”, reports BBC Mundo.

“He was worried. He was afraid that his GPA, which placed him far from the top of his class, would ruin his efforts to get accepted (…) So he hired a smart kid with a reputation for being good at tests, to take his SATs for him”, writes the author, adding: “Donald, who was never short of funds, paid his friend well”.

“His comfort in portraying that image, along with his father’s favor and the financial security that his father’s wealth afforded him, gave him the undeserved confidence for what was a sham from the start: selling himself not just as a rich playboy. but as a brilliant self-made entrepreneur”.

In the opinion of his niece, one of the essential characteristics of the sociopath Trump is “cheating as a way of life”. According to the Times, the book shows legal documents, banking, tax returns and other “papers” to support these claims.

It’s no secret that Mary L, her brother, and her parents have long been marginalized by the Trumps. Her father died of a heart attack in 1981, at age 42, while battling alcoholism. According to her, he never endured the pressure of his family’s rejection.

“On one occasion, little Mary woke up to her father’s laughter as he pointed a gun at her mother’s face, who was screaming (…) In 1970, her mother told her father to go away, and he would never live with them again. They got divorced in 1971″.

In June 1999, when her grandfather passed away, Mary L and her brother, Fred Trump III, learned that they had been left out of the will. Months later, they challenged the decision in a New York court. Legally, they argued that Fred Trump “suffered from dementia and his children had manipulated him to influence the drafting of the will”.

The Times adds that days later, a family business suspended hers and her entire family’s health insurance. That included “Fred III’s nine-month-old son William, who suffered from seizure disorders and cerebral palsy”. The order came from Donald, the Trump II sociopath.

Even Donald acknowledged that this decision responded to the fight over the will. “When (Fred III) sued us, we said, ‘Why should we give you health coverage?’, he told The Daily News at the time. They finally settled their disputes in April 2001, although years later, Mary L. claimed they were misled.

And this is the way a part of the story of how her family shaped the behavior of the president has been made public, the sociopath Trump, whom Mary L. considers “the most dangerous man in the world”. “He is wearing down the country, just like he did my father. He is weakening our ability to be kind, to believe in forgiveness, concepts that have never had meaning for him”.

Finally, she remembers that on Trump’s victory day, a fear ran through her body. She feared that voters “had chosen to turn America into a macro version of my malignant dysfunctional family“. And apparently it was so, and so it was.