In December 2019, 2,506 cases of a rare pneumonia had been detected in the United States, with a balance of 54 deaths, the cause of which was attributed to the use of electronic cigarettes
Share 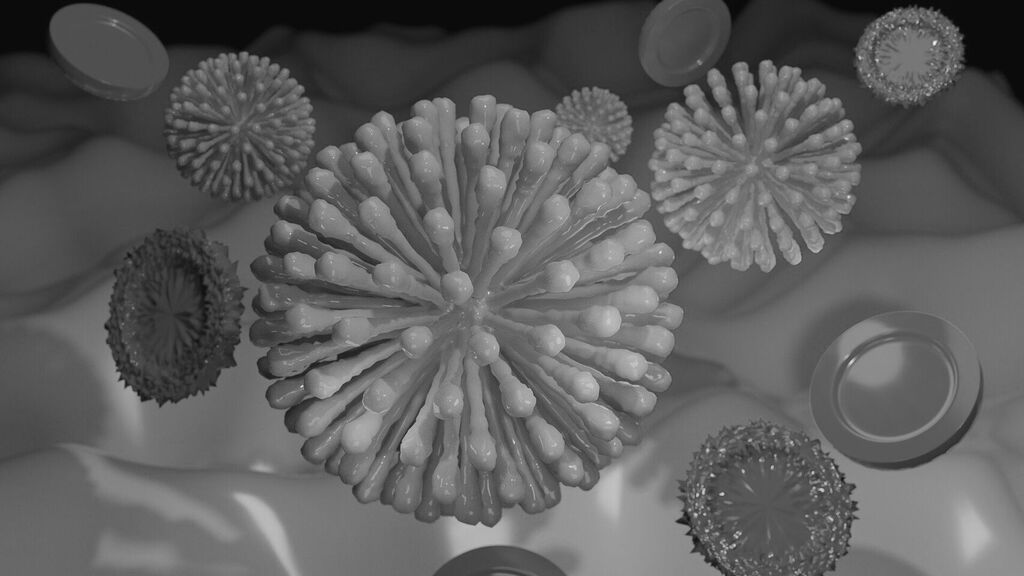 When the first cases of the coronavirus COVID-19 began to emerge, the media did not hesitate to indicate that the outbreak had originated in the Huanan animal market, located in the Chinese city of Wuhan.

The question of where, when, how and why the virus that currently attacks, at least 155 countries, began could not be answered with certainty. However, new research by Chinese and Japanese scientists reveals that the virus did not originate in the Asian nation, but in the United States, thousands of kilometers away from Wuhan.

Likewise, they make clear that the outbreak did not come from the consumption of snakes or bats, as the world’s main media outlets were quick to report, without evidence.

COVID-19 did not originate in Wuhan

The study published on ChinaXiv, a site for publications by researchers and scientists, reveals that COVID-19 was introduced to the Wuhan market and then it quickly spread, as a result of the large influx of people, from all over the world, who frequent this place.

The report states that the Patient Zero transmitted the virus to workers or vendors in the market, which is always crowded with people, which facilitated the rapid transmission of the virus to buyers, causing a wider spread in early December 2019.

«This finding was the result of analysis of the genome data, the sources of infection and the route of spread of the variations of the new coronavirus collected in China», reported The Global Times.

Chinese medical authorities and intelligence agencies carried out a quick and extensive search for the origin of the virus, collecting nearly 100 samples of the genome in 12 different countries on four continents, identifying all the varieties and mutations.

In the investigation, they determined that the virus outbreak had started much earlier, probably in November.

The exhaustive search would explain why there has been so much difficulty in locating and identifying ‘patient zero’.

Independently, the Chinese and Japanese researchers came to the same conclusion: the virus did not start in China, it was introduced there from abroad.

«Although COVID-19 was first discovered in China, this does not mean that it originated in China. It may have originated elsewhere, in another country», said China’s leading respiratory system specialist Zhong Nanshan on January 27.

Epicenter in the United States?

In mid-February, the Japanese television network Asahi claimed that the coronavirus originated in the United States, where some, or many, of the 14,000 deaths attributed to influenza may have been the result of the coronavirus.

The TV station suggested that the US government may not even have understood how quickly the virus had spread within its own territory.

To make these claims, Asahi presented scientific documents and reports that made it clear that the population was not aware of the cause of the deaths, because the US did not perform the test or did not disclose the results.

The revelation that the COVID-19 outbreak may have occurred first in the US, sparked a wave of comments, not only in Japan but also in China, immediately becoming a viral topic on that country’s social networks, especially since October, when the World Military Games were held in Wuhan, and it is widely considered likely that the virus may have been transmitted at that time, from a foreign source.

«Perhaps American delegates brought the coronavirus to Wuhan, then a mutation in the virus occurred, making it more deadly and contagious, causing a widespread outbreak this year», reported the People’s Daily newspaper at the time.

Subsequently, on February 27, Taiwan presented a series of flow charts in a newscast suggesting that the coronavirus originated in the United States.

The program recalled that, in December 2019, 2,506 cases of a rare pneumonia had been detected in the United States, with a balance of 54 deaths, the cause of which was attributed to the use of electronic cigarettes.

A leading Taiwanese virologist and pharmacologist also offered details on the various haplotypes (varieties of the virus) and how they relate to each other, making it clear that one should have come before another and that one type derived from another.

He clarified that the type that infects Taiwan exists only in Australia and the United States, and since Taiwan does not have massive visits from Australians, the virus could have come only from the North American country.

He explained that the geographic location with the greatest diversity of virus strains, must be the original source, because a single strain cannot emerge from nowhere.

«Only the United States has the five known strains of the virus (while Wuhan and most of China have only one, as do Taiwan and South Korea, Thailand and Vietnam, Singapore and England, Belgium and Germany), which is one thesis that haplotypes in other nations may have originated in the United States”, reported The Global Times.

Neither Iran nor Italy, which are the countries with the most cases of COVID-19 after China, were included in the previous tests, but their scientists have managed to decipher the genome obtaining different varieties than those of the Asian nation, which means that the haplotype did not originate there, but was necessarily introduced from another source.

In that order of ideas, in Italy the coronavirus has approximately the same death rate as in China, three times greater than in other nations, while the haplotype in Iran seems to be the most deadly, with a death rate of between 10 % and 25%.

The Taiwanese virologist also recalled that more than 200 cases of a rare «pulmonary fibrosis» have recently been reported in the United States, which have caused death due to the inability of patients to breathe, and whose conditions and symptoms could not be explained.

The scientist wrote articles informing the health authorities of that country that they seriously considered that those deaths were the result of the coronavirus, although they were attributed to electronic cigarettes, without delving further into the subject.

The Taiwanese doctor also stated that the outbreak of the virus started earlier than when the media reported. «We should look at September 2019», referring to the case of some Japanese who traveled to Hawaii and returned to their homes infected with the virus.

These tourists had never been to China and their viral conditions were generated two months before the infections and just after the Centers for Disease Control and Prevention (CDC) and the Biological Weapons Laboratory of Fort Detrick closed suddenly, alleging that the facilities were insufficient to prevent the loss of pathogens.

Additionally, the Chinese news website Huanqiu reviewed a case in the US in which doctors told a family member of a woman who had died, that the cause of her death was the flu, although the death certificate listed coronavirus as the cause of death.

On February 26, the KJCT8 network, affiliated with ABC News, collected the testimony of Almeta Stone, a resident of Montrose, Colorado, who stated: “They (the medical staff) informed us that it was a flu, but when I obtained the death certificate, coronavirus appeared as the cause of death.

The coronavirus has affected 155 countries and more than 180,000 people, so to reach more decisive and definitive conclusions it would be necessary to examine virus samples from each of those nations, which would allow determining the true origin of COVID-19, as well as its sources and propagation patterns.