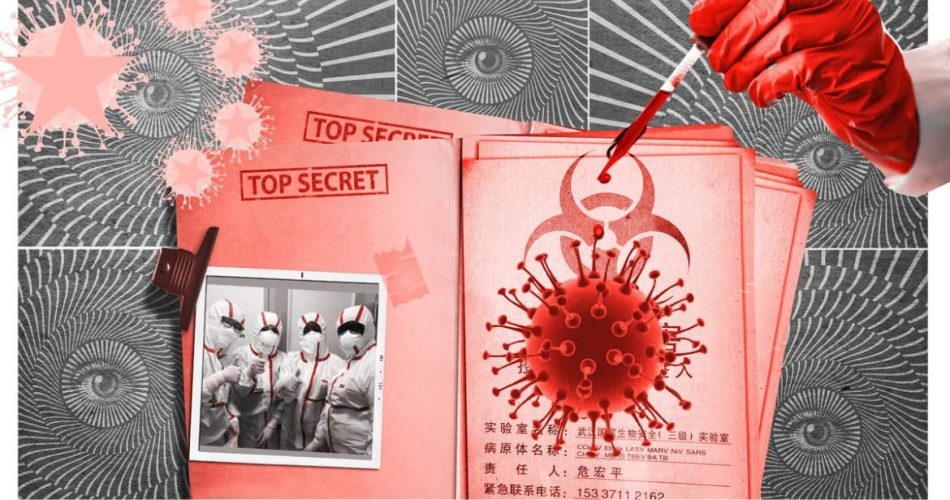 Donald Trump is desperate to try to reverse the results of the polls that distance him from his personal ambition to be reelected, so he is looking for a way to divert attention and blame China for the social and economic crisis that the United States is going through, due to its mismanagement. of the coronavirus pandemic.

As revealed by the British portal The Guardian, the US President leaned on media tycoon Rupert Murdoch, to promote a «bomb file» that supposedly reveals how Beijing was covering up the true origin of COVID-19.

Murdorch, owner of the Murdoch News Corporation, known for the scandal of illegal recordings to his newspaper’s sources, published in his sensationalist newspaper Daily Telegraph, from Australia, a six-page report related to «an alleged dossier prepared by governments of western countries» on the advance of the pandemic.

The article written by journalist Sharri Markson mentions the exclusivity of a «bomb dossier» related to the «Chinese bat virus».

According to Markson, China deliberately suppressed or destroyed evidence of the coronavirus outbreak in an «assault on international transparency» which has cost tens of thousands of lives, according to a dossier prepared by Western powers concerned about the COVID-19 contagion.

This story was quickly publicized and exaggerated by the media that are in the service of Trump in the United States, such as The New York Post and Fox News, whose majority shareholder is Murdoch, who was born in Australia and became an American citizen.

The New York Post called it «a leaked damning record of the ‘Five Eyes’ intelligence alliance», made up of the major English-speaking powers: the United States, the United Kingdom, Canada, Australia and New Zealand; countries that share the sensitive information they collect with each other and that have pledged not to spy on each other.

In turn, Fox News presenter Tucker Carlson asked why it was so difficult for some people to objectively accept that the evidence suggests that the coronavirus comes from a laboratory in Wuhan, China.

Carlson praised that the «dossier was compiled by intelligence agencies in the United States, Canada, the United Kingdom, Australia and New Zealand», reported The Guardian.

Also, the journalist stated that «this is the most substantial confirmation of what we suspect we have had so far, and because it is a multinational effort, I think it would be difficult to dismiss it as a political document».

In this way, he tried to give weight to the theories of Trump and his Secretary of State, Mike Pompeo, who affirm that there is «enormous evidence» that the coronavirus comes from a Chinese laboratory. A hypothesis rejected by the international scientific community, including the World Health Organization (WHO).

However, the document does not contain genuine information, nor does it present any evidence on the theory that the virus escaped from the laboratory in Wuhan, let alone that the dossier was extracted from the intelligence services of five countries. The reality is that the material was written by the State Department and not by the ‘Five Eyes’ intelligence alliance.

“It was a timeline and a summary of the material available to the public. A source compared it to a reading list or a reference document», said the British portal. Then, he added that the document has no information on who the author was and does not contain any classification markers.

The Guardian revealed that a source who read the 15-page document explained that mentions of the Wuhan lab’s virus leak theory constitute only a small part of the file, and no conclusive finding is included.

The Australian Broadcasting Corporation reported that the original document was a background investigation report compiled and distributed by the State Department.

Meanwhile, the Spanish newspaper ABC reported that it has the status of an «unofficial document» that serves as a report to generate debates with foreign governments.

Peter Jennings, executive director of the Australian Institute for Strategic Policy and a former undersecretary of strategy for the Department of Defense, explained that generally an «unofficial document» does not carry «political weight».

«It seems very clear that this is not a classified intelligence product. It appears to have been a summary of the virus outbreak. Often these things are compiled as reading lists for senior officials”, he stressed.

While Allan Behm, head of the Australian Institute’s International Affairs and Security program, pointed out that «I would not attribute any meaning to it, since it is just a list».

For Rudd, the damage has already been done and he considers that the document was leaked in Australia with the clear intention of being replicated in the American media, and to make believe that Australian researchers support Trump’s claims, when the reality is that «the Australian intelligence officials don’t believe at all” in the magnate.

For the Australian Premier, the intention of the «bomb file» was not to pressure China to offer information about the origin of the coronavirus, but to contribute to Trump’s re-election campaign.

The objective was to serve as a distraction to the failures of the President and his mismanagement of the health emergency caused by COVID-19 in the United States, epicenter of the pandemic with more than 1.7 million positive cases and more than 100,000 deaths.

«While it could have helped Trump, the overreach of the Daily Telegraph has only helped China’s efforts to get rid of the questions it really needs to answer, including the role of animal markets, flaws in early virus control and negotiations with WHO», said Rudd, quoted by The Guardian.

The Republican president is finding his way to be re-elected more difficult every day. While thousands of Americans catch COVID-19 every day and millions lose their jobs, the extreme US right-wing leader is only looking for ways to hold China accountable to cover up his incompetence.