Traditionally, hydroxychloroquine and chloroquine have been prescribed to prevent or treat malaria infections
Share 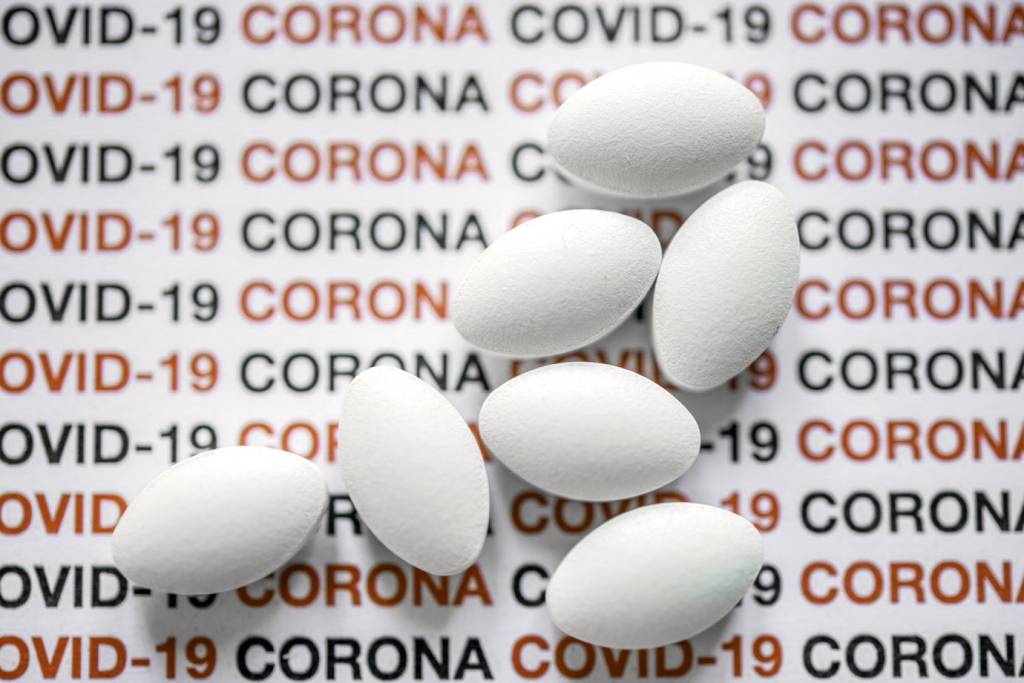 Brazil, which broke the sad mark of a thousand daily deaths from the new coronavirus for the first time, this week opened the door to the use of chloroquine and hydroxychloroquine, even without proven efficacy, for less severe patients suffering from the first symptoms of COVID-19.

In response to the demands of President Jair Bolsonaro, the Ministry of Health expanded its recommendation to use the two medicines in mild cases, in combination with the antibiotic azithromycin, despite the fact that its effectiveness divides the scientific community of the world.

The prescription of these substances, used to treat other diseases such as malaria, have only been recommended until now in serious and critically ill patients, already admitted to intensive care units, and undergoing medical observation, allowing treatment to be discontinued if they had cardiac arrhythmia.

The new protocol, while admitting that the drugs are not proven effective, includes «guidelines» to provide it to patients at all levels of the disease.

The document foresees the use of antimalarials in different doses according to the progress of the treatment and the condition of the patient, according to the authorization by a doctor and after the analysis of the examinations.

However, the statement released by the Ministry of Health, states that the use of chloroquine and hydroxychloroquine will be «at the discretion of the doctor» and will also require «the declared will of the patient.»

The text acknowledges that, despite being used in various protocols and having laboratory-proven activity against coronavirus, «there are still no complete and multi central clinical studies that prove the unequivocal benefit of these medicines to treat COVID-19», reported the EFE agency.

Traditionally, hydroxychloroquine and chloroquine have been prescribed to prevent or treat malaria infections.

In combination with other medications, hydroxychloroquine is often used as part of a treatment plan for a number of autoimmune diseases, such as rheumatoid arthritis and lupus. It can also be used to treat fever endocarditis, a type of infection of the heart valves.

Chloroquine, meanwhile, is also given in certain treatment plans for lupus and other diseases of the immune system.

Common side effects related to the use of both substances include nausea, loss of appetite, headaches, blurred vision, muscle weakness, and cardiac arrhythmia.

For this reason, the new protocol establishes that the patient has to sign a consent form in which he or she admits to having knowledge that the medicines can cause side effects “such as reduction of white blood cells, liver dysfunction, cardiac dysfunction and arrhythmias, and visual alterations because of damage to the retina ”.

Currently, the World Health Organization (WHO) observes the results of clinical trials that are carried out to treat COVID-19 with chloroquine and hydroxychloroquine, since to date there are insufficient data to establish that these components are useful in people with coronavirus.

Different organizations of medical professionals and scientists have warned that the consequences of these substances are unknown, which could even be fatal in populations such as pregnant women, infants and older adults.

Despite the fact that the efficacy of the two antimalarials has not been scientifically proven, and on the contrary, they have serious side effects, Bolsonaro is lobbying for their use to be extended to all patients and not only to those in a serious condition.

The President is one of the most skeptical rulers about the severity of the pandemic. He has classified COVID-19 as a «light flu» and criticizes the social distancing measures adopted by regional governments, at the same time that he demands the normalization of activities.

Despite this, the far-right leader has stated that chloroquine and hydroxychloroquine will be the «treatment that patients affected by COVID-19 will receive». He even admitted the entry of supplies from India for the production of these drugs in Brazil.

As usual, Bolsonaro decided to follow in the footsteps of his US counterpart, Donald Trump, who also supports the use of chloroquine in his country, which is the global epicenter of the pandemic.

In fact, Trump himself admitted this week that he self-medicates and takes hydroxychloroquine to prevent COVID-19: “I have been taking it for a week and a half. And I’m still here”, he told reporters.

Bolsonaro’s effort to use these substances has generated controversy and a marked confrontation with the Brazilian medical community.

The lack of agreement for the release in the Unified Health System of hydroxychloroquine and chloroquine was part of the crisis that ended, in less of a month, in the departure from the Health Ministry of two ministers, Luiz Mandetta and Nelson Teich.

After these resignations, General Eduardo Pazuello, a specialist in logistics and not in medicine, took office on an interim basis, transforming the Ministry into a barracks by appointing nine military personnel for advisory and coordination positions and as directors of the governmental entity, and three others in the management areas.

Then, the President’s wish came true and the new protocol issued by the Health office extends the use of the drugs to all coronavirus patients.

Chloroquine «is a hope, as many of those who used it reported», he wrote to Bolsonaro on social media, adding that Brazil, the country with the most cases and infections of coronavirus in Latin America, is in the midst of living very «difficult days».

Likewise, he stated that «there is still no scientific proof, but it is being monitored in Brazil and in the world»: Then he added: «We are at war: worse than being defeated is the shame of not having fought», according to Chronicle.

According to a report prepared by 27 specialists from the three entities, the evidence on the efficacy of chloroquine and its derivatives in treating COVID-19 are «weak» and the medicine, on the other hand, has serious side effects such as cardiac arrhythmia, reported La Vanguardia.

According to former Health Minister Luis Henrique Mandetta, who resigned from the post due to his differences with Bolsonaro in handling the pandemic, he denounced that the insistence of the extreme right-wing President in forcing the use of chloroquine to treat all patients can provoke many deaths, because it is a medicine with serious side effects.

“We started to experiment with serious patients who are already in hospitals. From what I know of those studies, which have not yet been concluded, 33% of patients had to stop using chloroquine because they had arrhythmia, something that can lead to (cardiac) arrest”, he said.

Mandetta explained that Bolsonaro’s intention with his commitment to this drug is for people to think that they can return to work as soon as possible, because a remedy already exists.

The Latin American giant already adds more than 320 thousand people infected and 20 thousand deaths, and the forecasts are that it will rise to the second place with the most infected in a few days, because being a country with 210 million inhabitants, serious inequalities, a system of health with deficiencies and a President more interested in reviving the economy than in protecting citizens from the pandemic, makes it a very possible grim forecast.