Trump: «Maduro is too smart» and other phrases from John Bolton’s controversial book

In the chapter entitled 'Free Venezuela', John Bolton presents himself as the architect of the economic and oil sanctions to exert pressure against the Government of Nicolás Maduro
Share 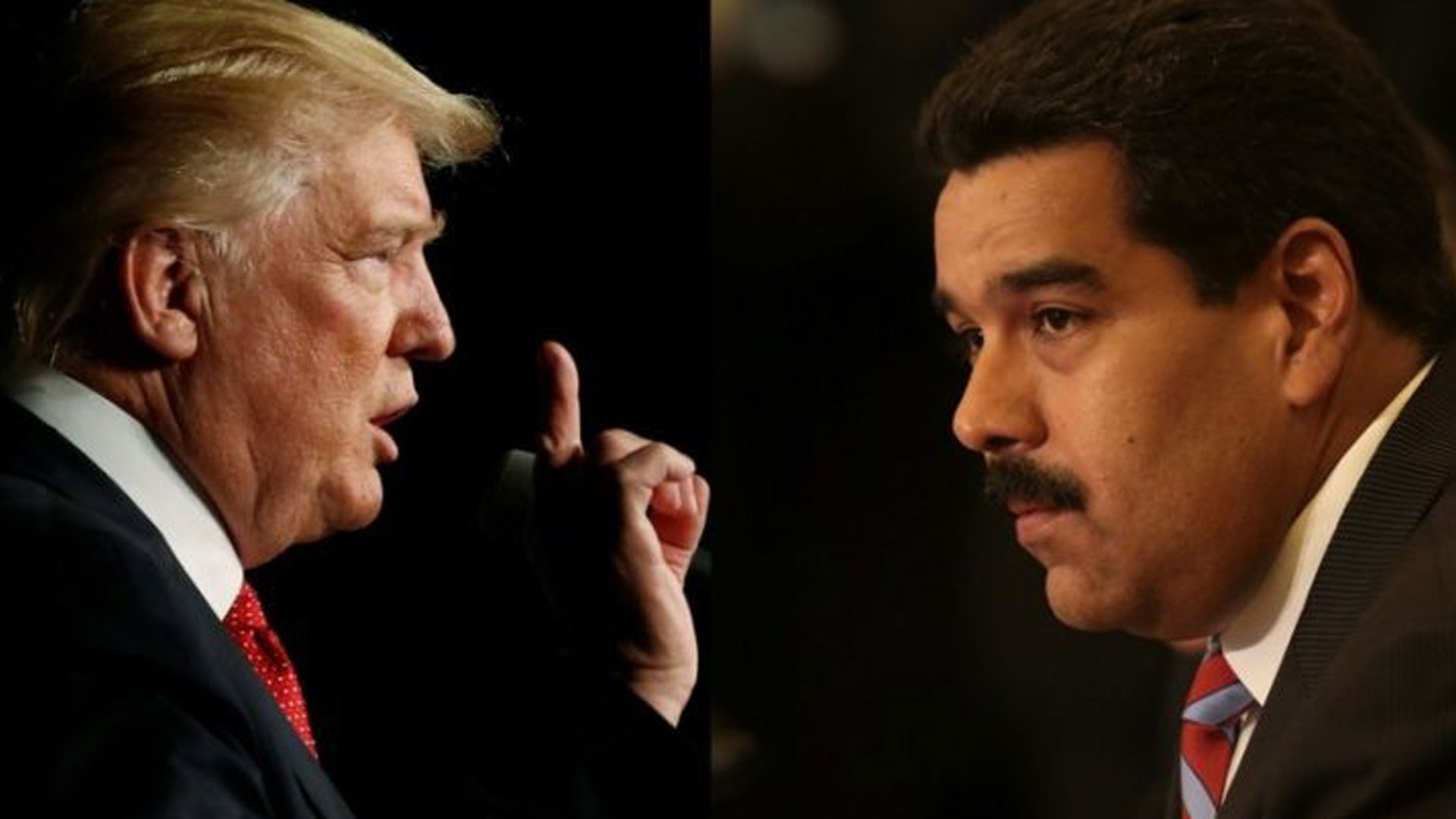 In his book «The Room Where It Happened: A memoir of the White House,» former National Security Adviser to the United States (US) John Bolton revealed that Donald Trump considered Juan Guaidó «weak», compared to a «strong» and «too smart» Nicolás Maduro.

Bolton, one of the most conservative figures in Washington, advised Trump between March 2018, until the President fired him in September 2019, a period in which he put the White House on the warpath against what he defined as a «troika of tyranny»: Venezuela, Cuba and Nicaragua.

Bolton related the constant doubts of the Republican President in supporting the Venezuelan opposition deputy self-proclaimed as «interim president» since January 23, 2019, after being convinced by a delegation of congressmen. However, he had serious reservations about his decision just 30 hours later.

«I don’t like what I’m hearing. The entire army supports Maduro. I always said that Maduro was tough. No one knows this boy (Guaidó)”, Trump told Bolton on January 24.

Referring to the book, the vice minister of International Communication of the Venezuelan Foreign Ministry, William Castillo, defined the text as a script for the television series «House of Cards». «It all happens in a series of meetings in the Oval Office, where a group of rich and powerful men decide what they will do to overthrow an ‘enemy’ government, without any humanitarian consideration», said Castillo.

According to the Venezuelan official, «Bolton is careful to give his opinion on Guaidó («his man»). Sometimes he appears as a coward, incapable and without balls (according to Trump) and at other times as an «intelligent leader» (according to Pence). Being a Guaidolover, Bolton casts his criticism on the clumsiness and laziness of his Venezuelan partners».

«Guaidó does not have what it takes»

This impression of Trump was reinforced over time, and an apparently insignificant detail became a fixation: Guaidó’s wife, Fabiana Rosales, was not wearing a wedding ring when she visited the White House on March 27.

For Trump, that became proof that Guaidó was «weak,» and he often referred to the «problem» of the ring in his conversations with Bolton.

According to what Bolton wrote in his memoirs, for the American President, «Guaidó does not have what it takes» and gave him the nickname: «the Beto O’Rourke of Venezuela», referring to a former Democratic congressman who lost his battle for the Senate and the White House. Something that according to Bolton: «could hardly be considered the kind of praise that an ally of the United States should receive».

However, the former adviser made it clear in his book that Trump’s «support» for Guaidó is based on his interest in Venezuela’s oil fields.

Trump even asked for «guarantees regarding who would have access to Venezuela’s oil resources in the post-Maduro era», something that Bolton considered «a vast ambition that no other government, especially a democratic one, would even consider».

«Maduro is too smart»

The text also indicated that on more than one occasion, the White House tenant even mentioned that he wanted to meet with the Venezuelan President, Nicolás Maduro, to solve the problems between both administrations, despite the rejection of the idea by Mike Pompeo and Bolton himself.

According to Bolton, Trump doubted that Maduro would fall, since «he is too smart and too hard», which contrasted with his statements to the media in which he said that he (Maduro) could be overthrown very quickly «if the armed forces decide to do so».

The former National Security adviser confirmed that for Trump the military option to intervene in Venezuela has always been present.

«Trump insisted that he wanted a military option for Venezuela», Bolton said, while noting that the President opined that he should stay with Venezuela because «in reality it is part of the United States».

«I explained to him why military force was not an option, especially because of the opposition to the idea in Congress (US). I was convinced that we could achieve the objectives by working with the (venezuelan) opposition”, he said.

In his book, Bolton solved the mystery of the phrase «5,000 troops to Colombia», which he wrote in a notebook with which he appeared before the press in January 2019.

«(Trump) asked me if we should send 5,000 troops to Colombia if we needed them, which I duly took note of in my yellow notebook, arguing that I would consult with the Pentagon (…) my notes were captured by the cameras, and they sparked endless speculations», he said.

In the chapter entitled ‘Free Venezuela’, Bolton presents himself as the architect of the economic and oil sanctions to exert pressure against the Government of Nicolás Maduro.

«We thought the oil sanctions were a severe blow to the Maduro regime, and many agreed that it was now only a matter of time before he fell», he said.

However, he expressed his continued uneasiness because the «sanctions were often not overwhelming and effective as they should be».

According to Bolton, «more extreme sanctions» were required, but he always faced the reluctance from Treasury Secretary Steven Mnuchin and «bureaucratic obstacles» from the State Department.

«Disorganization also reigned in the US government, particularly in the State Department. Along with the Treasury’s reluctance, each new step in our pressure campaign against the Maduro regime required much more time and bureaucratic efforts than anyone could justify», he said.

“The Treasury treated each new decision on sanctions as if it were settling a criminal case in court, where guilt must be proven beyond reasonable doubt. This is not how sanctions work. It is about using the immense economic power of the US for the benefit of our national interests. Sanctions are very effective when they are applied in a massive, fast and decisive manner and they are enforced with all available power. This is not at all like the way we approach sanctions against Venezuela», he said.

The former adviser also expressed his discomfort at the failure of the media show of the entry of the alleged humanitarian aid to Venezuela that occurred on the Colombian-Venezuelan border on February 23, 2019.

«The actions seemed inconsistent and disconnected and I really couldn’t determine if it was due to a lack of prior planning or because his nerves had failed», he said, criticizing how Guaidó and the Iván Duque government handled the operation, without having any alternative plans at hand.

Likewise, he expressed his «frustration» at the collapse of the attempted Coup d’etat led by Guaidó on April 30, 2019, which Washington did not expect until later.

The call to the military to desert and civilians to take to the streets to protest did not prosper, and the so-called «Operation Freedom» failed, Bolton emphasized.

“In revolutionary situations nothing ever goes as planned and improvisation can sometimes make the difference between success and failure. But in Venezuela that day, everything went overboard. We were clearly frustrated», Bolton recounted in his memoirs.

“There was no way to evade that this had been nothing more than a defeat for the opposition. They had executed a move and had not advanced a yard», he stressed.

Whose fault is it?

Despite the fact that the policy towards Venezuela was mainly in his hands, Bolton took advantage of his memoirs to distribute blame on the failure of the United States’ plans to overthrow Maduro.

After being fired by Trump for the lack of results in Venezuela, the former adviser did not hesitate to charge against the President.

“The President hesitated and hobbled, exacerbating the Government’s internal disagreements rather than resolving them, and repeatedly impeded our efforts to implement a policy. We were never overly confident of success in supporting the opposition’s efforts to replace Nicolás Maduro”, he said.

According to Bolton, Washington lacked the «persistence» and «consistent, ruthless and unrelenting» pressure that could have resulted in the demolition of Maduro.

To this, he added the tactical errors made by the inexperienced opposition, Trump’s decision to close the Embassy in Caracas and the absence of any US adviser on Venezuelan soil who «could have helped make a difference».