What is happening to Nayib Bukele and his relationship with the Joe Biden administration?

The United States appointed Jean Elizabeth Manes as the new ‘Chargé d’Affaires’ in El Salvador, at a difficult time for the relationship between the two countries, due to the growing friction between the White House and the Nayib Bukele government
Share 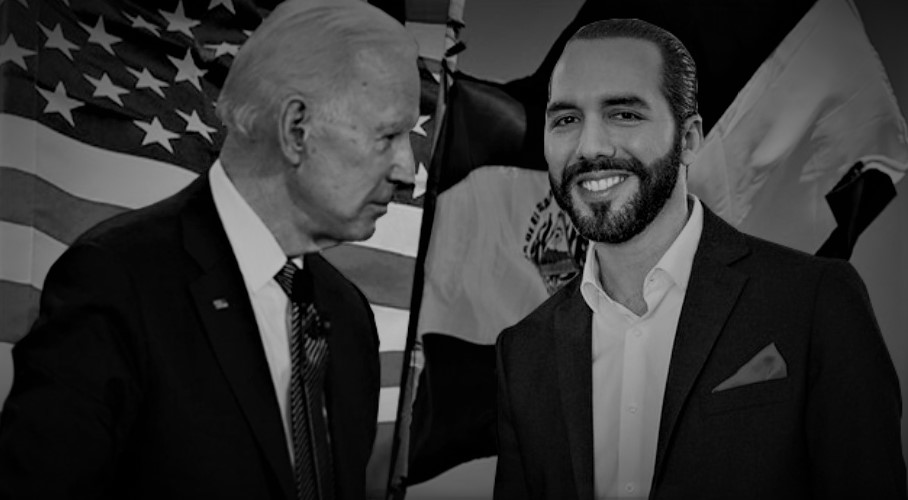 The United States appointed Jean Elizabeth Manes as the new ‘Chargé d’Affaires’ in El Salvador, at a difficult time for the relationship between the two countries, due to the growing friction between the White House and the Nayib Bukele government.

When making her appointment official, the US Secretary of State, Antony Blinken, stressed that the relationship with El Salvador is «fundamental» and that Washington’s gaze aims, among other issues, to «address the fundamental causes of the migration».

«By appointing Jean Manes as Chargé d’Affaires, we have the ideal leader for our work with the government, civil society and other sectors to address these challenges», Blinken said.

On the social network Twitter, the newly appointed official responded gratefully for her appointment and said she was ready to «strengthen» the relationship. But what is behind that gesture?

An RT report, written by journalist Nazareth Balbás, explains what has happened in the midst of this growing controversy with the Salvadoran president and the White House.

Turbulent start between Bukele and Biden

If the relationship between Nayib Bukele and Donald Trump was almost idyllic, the same cannot be said for the Salvadoran president’s ties to the new White House tenant. Since Biden’s arrival in January this year, the clashes have been constant.

Beyond the rumors that ‘ran around’ about Biden’s refusal to receive Bukele in Washington (denied by the Salvadoran president) or the questions about the way the White House refers to Central America, the most critical point of the disagreements occurred on last May 1, when the National Assembly of El Salvador dismissed five members of the Constitutional Chamber of the Supreme Court of Justice and the Attorney General, Raúl Melara.

The newly installed Parliament, whose majority is made up of assembly members related to Bukele, had the power to make the removal, however, it was a decision questioned by the opposition. The argument they make is that the president would be concentrating the powers for his own political project.

The White House also rejected the decision, like other international organizations, and asked the Salvadoran administration to reverse it. Bukele’s answer was a resounding no. In the following days, the suspension of aid to the Central American Government by USAID and the diversion of funds to «civil organizations» ended up straining the already ‘fragile’ relationship.

Yesterday, at a press conference, Bukele reiterated that the decisions of the National Assembly were irreversible and stressed that his government will not ask the US to redirect the resources it took from State institutions, such as the Supreme Court of Justice, the The Attorney General’s Office, the National Civil Police and the Institute for Access to Public Information, although he made an important caveat: «Wherever USAID wants to give away its money, it can do so, as long as it is not financing opposition political movements, because it is illegal».

In this context of friction, the US has now announced the appointment of Manes. The statement on the appointment makes it clear that it is a gesture that «reflects the importance» of relations with El Salvador, in view of the profile of the diplomat, who has accumulated 30 years of service, a «broad experience in supervising programs» of the White House and has maintained «relationships with a wide range of Salvadorans, from the government, civil society and the private sector».

The appointment of Manes has not yet generated any reaction from Bukele, who is used to using social networks to comment almost immediately on any decision that has to do with his government.

However, some local media have praised the diplomat, who served as ambassador in that country until shortly after the arrival of the current Salvadoran president. The White House has also considered that her designation is «ideal» for this position.

«These attributes [those of Manes] place her in an ideal position to work collaboratively, to improve conditions in El Salvador and address the root causes of irregular migration», details the official text on her designation.

«I want to reiterate the incredible value and experience that Ambassador Manes brings to El Salvador», said Brendan O ‘Brien, who in the last five months served as Chargé d’Affaires in the Central American country, and will now continue in that same diplomatic legation as minister counselor.

In addition to her passing through El Salvador, between 2016 and 2019, Manes has also served in other Latin American countries such as Argentina, Uruguay and Brazil. Now the diplomat will lead the mission in El Salvador until a new ambassador is appointed and the Senate gives the ‘green light’.

The thorny issues between Bukele and Biden

At the center of the tensions between Washington and San Salvador are two fundamental issues: migration and the fight against corruption, which the Biden Administration has raised as a flag in recent months to condition its support in Central America.

And it is that the Democratic government came to the presidency with the promise of breaking with the immigration policy of its predecessor, which privileged the approach of repression and agreements with third countries, such as El Salvador, to facilitate deportations. However, the crisis has only worsened in recent months.

The images of overcrowded detention centers and the increase in the number of unaccompanied minors has complicated the situation for Biden, to the point that he appointed his Vice President, Kamala Harris, to lead the efforts in that regard.

But it has been Harris herself who has wielded harsh criticism against Bukele, which has complicated coordination on this matter with the president. Earlier this month, the US Vice President wrote: “We are deeply concerned about El Salvador’s democracy, in light of the vote of the National Assembly to remove the judges of the Constitutional Court. An independent judiciary is essential for a healthy democracy and a strong economy». Those words came immediately after USAID’s decision, which justified the withdrawal of its support due to «greater doubts regarding transparency and accountability».

The escalation went from speech to action with the inclusion of Salvadoran officials, including the Chief of Staff, Carolina Recinos, on a list of «involved in significant acts of corruption».

However, in line contrary to this short circuit with the United States, there is a pole of attraction with China. Last week, the embassy of the Asian country in El Salvador stressed that the assistance programs that are under development in the Central American nation are carried out without involving «any political conditions».

“China has never used foreign assistance in the past and will not use foreign assistance in the future to interfere in the internal affairs of other countries, much less profit from that assistance. Cooperation between China and El Salvador is not directed at third parties», says the statement from the diplomatic delegation, which reported on the progress of various projects financed in the Central American country through non-reimbursable credits.

Faced with the evident contrast between the positions of the United States and China on El Salvador, the arrival of an official like Manes, weeks after the Salvadoran Parliament ratified the framework cooperation agreement with Beijing, allows us to infer that Washington is seeking a change of «focus» in its relationship with Bukele. Meanwhile, the smallest country in Central America seems to become a disputed territory between two antagonistic powers.