Colombia: testimonies of the drama experienced by the peasants forgotten by justice

“Here in Colombia, it is rare to find a place where the State gives support to the peasants
Share 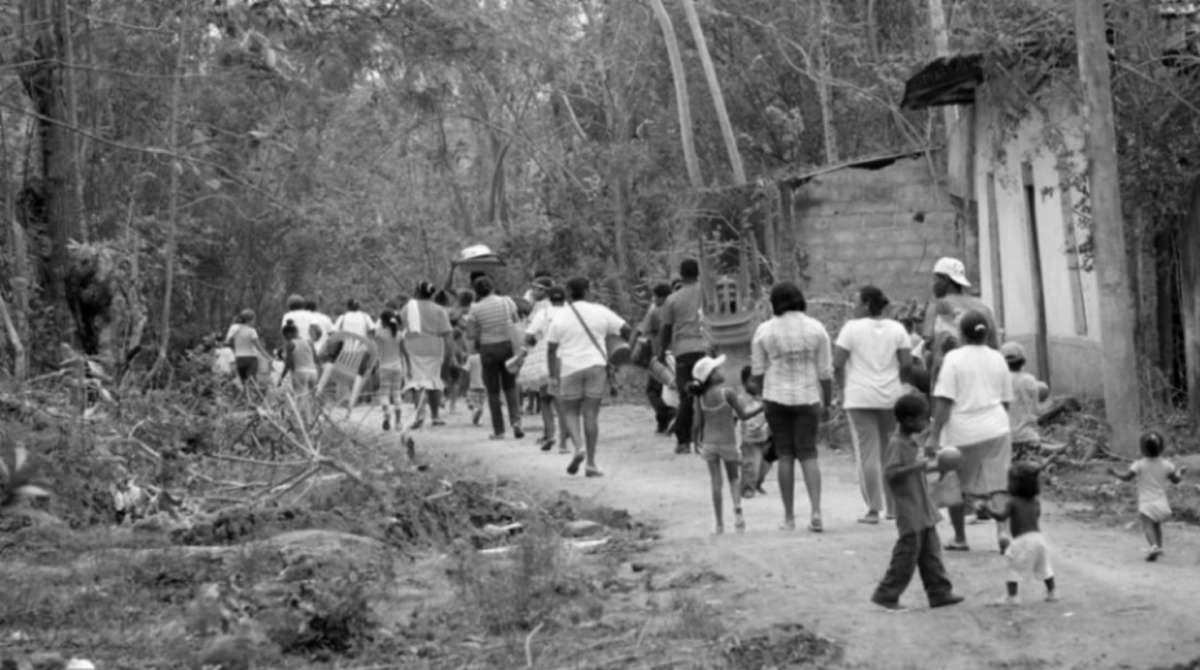 “Here in Colombia, it is rare to find a place where the State gives support to the peasants. Being that the food (sic) that they have on their table for themselves, the State, even for the president himself, is produced by the hands of the peasants. A peasant without land is nothing”.

With this testimony begins the short documentary “Displaced: forgotten stories of Cesar”, made by the PAX movement in Colombia. It is about a group of peasants from the mining corridor of the department of Cesar (north), victims of forced displacement and other victimizing acts.

But, their story can be repeated in any other department. Colombia is the most unequal country in Latin America in land tenure and distribution, according to a 2018 study by the NGO Oxfam International. “1% of the largest farms occupy 81% of the country. 80% of the land with agricultural use is dedicated to livestock. Therefore, only 20% to agriculture”, states the report.

A recent case in the department of Antioquia: Since last July, “peasant land claimants in the townships of Macondo and Blanquiceth have been the victims of threats, attacks and pressure from the administrators of the Flor del Monte Hacienda, which is in dispute in court”.

“The administrators, accompanied by armed men, demand the delivery of 50% of the properties inhabited by the peasants, victims of human rights violations, displacement and dispossession”. This was denounced by the Inter-Church Commission for Justice and Peace, which has been working with them for decades. Its purpose is to promote peace, justice and non-violent political change.

The dream of Colombian peasants

Precisely, the agrarian reform has been a demand of the Colombian people since the beginning of the armed conflict, back in 1960. It was even the first point that was negotiated in the Peace Agreement, signed in 2016 between the Government of Juan Manuel Santos and the Revolutionary Armed Forces of Colombia – People’s Army (FARC-EP).

The day of the signing, hope for an agrarian reform was born in Congress. But, it quickly died when Iván Duque became president, in August 2018, due to his disrespect for each point of the agreement. It even forced a faction of the FARC to take up arms, tired of being victims of persecution and selective assassinations.

The Comprehensive Rural Reform proposed, among many aspects, “to create a ‘land exchange’ for free distribution and return their lands to the peasants who were dispossessed during the armed conflict”. Unfortunately, with the Uribismo in power, the opposite happened: instead of restitution of land, hundreds of illegal plundering were carried out by landowners.

In June, the Colombian media Contagio Radio reported: “Land restitution magistrates ruled in favor of peasants and ethnic communities dispossessed of their properties”. The fact is documented in 5,611 legal sentences between 2012 and 2020.

All of this happens in a country – citing the Venezuelan Foreign Minister Jorge Arreaza – whose government “made lying a State policy.” “They do not know of mercenary camps in their territory. Nor are they responsible for the failure of the Peace Agreement, or for the assassinations of social leaders and massacres. They do not finance paramilitaries, they do not increase drug production ”, all of these are facts of public knowledge that they try to evade.

But the Duque government, instead of enforcing those sentences in favor of the peasants, is an accomplice of those who steal their lands. Worse still, it takes Uribe’s false positives to the agrarian level, against the peasants of Colombia.

“I am in the fight, fortunately I was not in the region when they came looking for me. They sent word to me, and said that nothing bad was going to happen to me, but I could never go back to my land. And they stole all my cattle. I practically gave my land away for nothing”.

At the end of 2019, Contagio Radio denounced the imprisonment of nine land claiming leaders from the rural area of Guacamayas, in Turbo. The crime, presumably, was not having paid the debt contracted when they had their properties restored to them.

“We are concerned that a false judicial positive is being set up”. This was denounced by the Forjando Futuros Foundation and the Popular Training Institute. On that occasion, the ruling did not recognize that these peasants are victims of the armed conflict.

The National Corporation of Social Leaders and Victims of Colombia also addressed the case. “They are businessmen and ranchers who are taking retaliation and are putting a lot of pressure for those territories”, in complicity with the banks and the Government.

Keys to understanding the agrarian crisis

The Oxfam study (2018) lists some keys to understanding why Colombia is the most unequal country in Latin America in terms of agriculture:

According to the National Administrative Department of Statistics (DANE), in 2019 the rural population reached 11 million. Most are dedicated to agropastoral activities. And, by May 2020, 87% of them were experiencing financial difficulties as a result of the pandemic. What will that statistic be like today that Colombia has become a new focus of coronavirus in the world?

Despite this, Colombia is not the subject of debate in the large media networks on this matter. In times of coronavirus, when the situation in the rural sector worsens, not even Duque responds for this alarming situation. Instead, he focuses his attention on promoting an international condemnation of Venezuela. Could it be that the situation in the neighboring country is worse?

In agrarian matters, the graph shows that peasants in Venezuela are very far from experiencing a situation as unequal as that of Colombia. Of course, that does not deny that the Venezuelan people suffer from social and economic difficulties in the midst of the sustained crisis that affects the country.

To begin with, the main Venezuelan agricultural states have very low rates of contagion: Guárico, Portuguesa, Cojedes, Barinas, Trujillo and Mérida. The only exceptions are Táchira and Apure, but their numbers have increased because they are border states. Due to their location, most of the infections are Venezuelans who return infected, precisely from Colombia.

So, while Duque ‘ignores’ or tries to hide away the situation invisible, the Venezuelan president, Nicolás Maduro, calls for the revival of the Great Agro-Venezuelan Mission, to stimulate food production and provide facilities and support to farm workers, with all the necessary biosecurity measures.

In addition, he summons his executive train to meetings with the socio-productive movements, peasants and productive communes. The objective is to get to know and analyze their realities.

In the end, the governments of Venezuela and Colombia are two opposite poles in terms of the treatment they give to the peasants. While the first offers them support, the second condemns them to oblivion, to popular contempt. Coincidentally, this is reflected in this last quote from the short documentary by PAX, which we also leave (above) for your enjoyment.