Cryptocurrency mining uses huge amounts of equipment and energy. Can digital currencies be produced without a negative impact on the environment?
Share 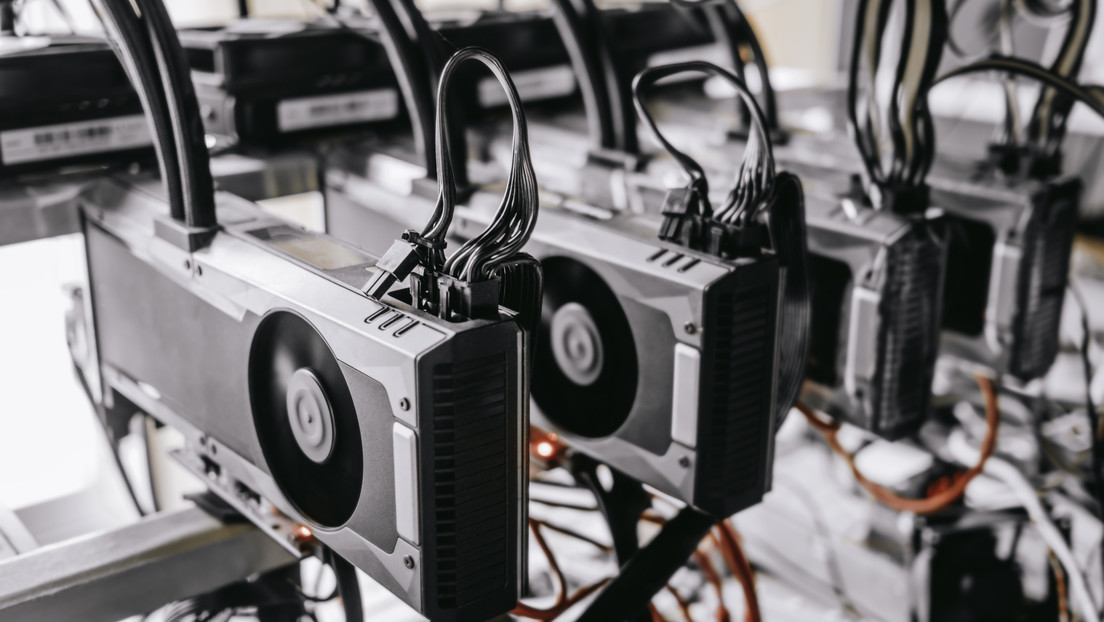 The use of cryptocurrencies is revolutionizing the world´s economy. Many people and companies have launched themselves into the creation of these digital currencies using a significant amount of equipment, which requires a large amount of electrical energy. Therefore, the flip side of this new world of deregulated finance is its possible impact on the environment.

The defenders of this system within reach of a click, whose use increased in the pandemic, say that the elaboration of physical money was already, in itself, very polluting. In effect, paper is spent on banknotes and metals on coins, added to the electricity in banks and ATMs, and the fuel to transport silver in cash trucks, which in turn produce greenhouse gases. This, without mentioning the plastic used in the cards for more conventional electronic operations. The argument sounds convincing.

However, even if traditional economic activities are not very friendly to the planet, that does not seem enough to legitimize ‘mining’ processes – as the manufacture of cryptocurrencies is called – harmful to the Earth. To combat this, or encourage practices to be improved, reports have been made that can dimensionalize the issue, explains journalist Leandro Lutzky for RT.

The third global comparative study of crypto assets, published in 2020 by the University of Cambridge (United Kingdom), stated that only 39% of the consumption used was based on renewable energies. If the bitcoin network, the most popular crypto, is analyzed, the electricity used grew exponentially between January 2017 and February 2022, according to another analysis by the same university. In fact, monthly consumption multiplied by nine.

If the measurements are made on an annualized basis, the network demands almost 127 terawatts per hour, even exceeding the consumption of several countries so as to produce, heating, work and transport people, among other essential activities. Thus, the cryptocurrency uses more electricity than Norway (124.28), Sweden (123.24), the United Arab Emirates (122.38) and Argentina (121.76). Compared to global gold mining, its energy demand is similar: 131 terawatt hours.

In addition to electricity consumption, which may require the use of other components to develop energy, such as coal or gas, there is concern about the disposal of electronic equipment, discarded at the end of its useful life.

Cryptocurrencies are not so virtual

The ‘mining’ of cryptocurrencies demands a lot of energy because its computing process is quite complex. All operations are integrated into a database called ‘blockchain’, or chain of blocks, which require verification of computers connected to the network.

“It consists of finding the answer to a cryptographic problem contained in the block itself. The peculiarity is that the solution does not have a formula, it can only be found by trying over and over again by computational brute force. Finding this ‘unknown’ guarantees that the information contained in the block is true. The computer that reaches the solution first receives a prize in new cryptocurrencies”, says Andrés Rabosto, professor of Sociological Theory of Capital and Informatics and Social Relations at the University of Buenos Aires (UBA).

«As the price of bitcoin skyrocketed, mining profits multiplied, attracting venture capital investments», adds the fellow from the National Council for Scientific and Technical Research (CONICET). Thus, «competition led to the production of increasingly powerful mining ‘hardware’ and the optimization of electrical consumption, to the point where the necessary power can only be achieved by successive capital investments in equipment and infrastructure».

Likewise, «with the vertiginous boom in mining, the electricity consumption required by the network grew uncontrollably», reaffirms Rabosto. According to the interviewee, much of that energy comes from coal, «which generates very high levels of greenhouse gas emissions».

The other big problem is that the elements used «become obsolete very quickly, about every one and a half years», explained Rabosto. «That ‘hardware’ is transformed into a gigantic mass of cables, irons and electronic plates that go to the landfill» he adds. Therefore, «many analysts believe that the use of renewable energy would not necessarily be a solution to the environmental impacts of cryptocurrencies, since they would continue to generate the same levels of electronic waste». And, the other factor, is that “the renewable energy destined to mine cryptocurrencies is energy that is no longer used for other activities, so that the problem is still present”.

The sociologist provides more data to compare this system with other traditional electronic methods: «A single Bitcoin transaction consumes as much electricity as 1.5 million Visa transactions». Likewise, the carbon footprint is equivalent to «that of 2.8 million transactions» with the popular card system, he says. In addition, he reviews figures from the Digiconomist platform on the greenhouse gases and waste produced by the most famous cryptocurrency: » It releases 114.06 metric tons of carbon dioxide, similar to those generated by the entire Czech Republic, and 32.22 kilotons of electronic waste, similar to the levels in the Netherlands».

“Decentralization implies that regulation is difficult”

With this scenario, we could ask ourselves if the application of controls would improve the environmental panorama. «Many countries have a specific regulation for mining activity, and in others (such as recently in China) the activity is directly prohibited», says the academic. “However – he clarifies – the decentralization that cryptocurrencies imply makes any regulation difficult”. The thing is that at the basis of this economic system is that the State does not control or manage its use, and that is what makes it so special.

To explain it better, the interviewee mentions the case of Argentina, a cheap country in dollars due to the constant devaluation of its national currency, which also has subsidized electricity rates. All of this attracts mining: «The company Bitfarms, in 2022, will begin to install in Río Cuarto, province of Córdoba, the largest bitcoin mining ‘farm’ in the country, with an investment of 250 million dollars, using electricity from the Thermal Power Plant M. Marazana».

However, «it is estimated that ‘black mining’ is strongly widespread in Argentina, with electricity consumption difficult to estimate». On this, Rabosto maintains that «there would be between 200 and 300 operations». And he adds: «It is an open secret that ‘black mining’ activities are carried out inside industrial parks, with subsidized electricity rates. During the pandemic, there were companies that tripled their electricity consumption, from companies that work with plastics to metal mechanics.

Speaking of entrepreneurs, the visible face of Tesla, Elon Musk, announced in May that the firm would stop using bitcoin as a payment currency, causing a stir and abrupt movements in its price. The tycoon’s explanation was that cryptocurrency causes a great environmental impact. In June, another tweet from Musk sparked bullish speculation by stating that Tesla would return to using bitcoin when «there is confirmation of reasonable use of clean energy (approximately 50%)».

Whether by activists, mining entrepreneurs or famous billionaires, the dilemma between the environment and the digital economy is already installed in the public opinion.