The measure taken by the Monarch responds to a political marketing move to try to minimize the impact of the scandal generated by Juan Carlos, the so-called "corrupt king"
Share 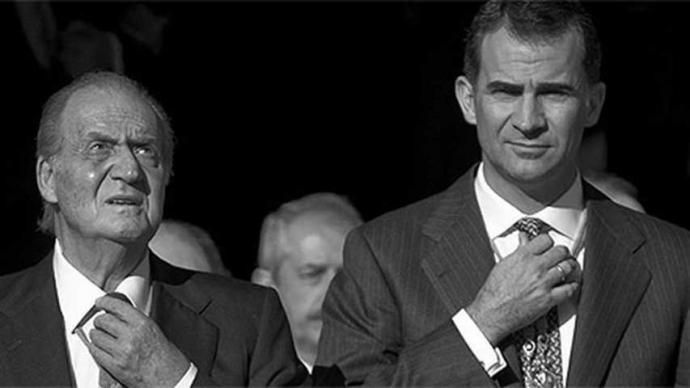 Corruption shakes the Spanish Crown. What appears to be – from the outside – the repudiation of a son to his father, is a political marketing strategy to try to avoid the collapse of the Monarchy.

In the midst of the outbreak of the coronavirus COVID-19, which fills the European nation with terror with more than 1,000 dead and 20,000 infected, King Felipe VI of Bourbon announced that he renounces the inheritance of his father, Juan Carlos I, and left the so-called «monarch emeritus» without the perceived allocation of the General State Budgets for that condition.

The decision was made after British media, such as The Telegraph, revealed that the current Head of State, Felipe VI, is the second beneficiary of the foundation through which Juan Carlos received 100 million euros from Saudi Arabia. As part of the payment of commissions for convincing Spanish companies to lower the costs of their projects in the Arabian peninsula.

According to reports, that large sum of money is deposited in bank accounts located in tax havens.

In a statement, the Casa del Rey (Royal Household) assured that Felipe VI knew about his «supposed designation as beneficiary of the Lucum Foundation, from the moment of the death of His Majesty, King Don Juan Carlos», for a year now.

The information reached the Monarch, according to the official note, through a British law firm that did not attach documentation that accredited it. The firm, Kobre & Kim, represents the interests of Corinna Larsen, the former lover of the ‘emeritus’ Juan Carlos.

In the statement in which Felipe becomes completely detached from his father, he points out that he renounces the inheritance «that may personally correspond to him, as well as to any asset, investment or financial structure whose origin, characteristics or purpose may not be in line with the legality or with the criteria of rectitude and integrity that govern his institutional and private activity”.

The deception of renunciation of inheritance

However, for the Spanish press, the measure taken by the monarch responds to a political marketing move to try to minimize the impact of the scandal generated by Juan Carlos, the now, so-called, «corrupt king.»

The reality is that Felipe VI will not be able to renounce his father’s inheritance until the latter dies, so his statement is only a declaration of intent, very convenient in the face of public opinion.

This was confirmed to El Diario by a group of specialized jurists, who explained that the Spanish Civil Code «clearly states that it is not possible to renounce an inheritance until the death of the person who is doing the bequeaths».

“It is not possible to repudiate the inheritance in advance; and it is only until the death of the person occurs, that there is an inheritance right for those called to inheritance. It is only possible to speak of mere succession expectations», said Marcos López Suárez, professor of Civil Law at the University of La Coruña.

“The announcement is only a salute to the flag. It is very obvious that it is something that cannot be done. In fact, I would be surprised if no notary accepted that statement for their own professional prestige», said Esther Arroyo Amayuelas, professor of Civil Law at the University of Barcelona.

The expert doubts that the foundations abroad, to which the statement alludes and in which Juan Carlos I and his son would appear as beneficiaries -Lucum and Zagatka-, are really within the patrimony of the emeritus and will be included in a future inheritance. .

«I understand that it is a separate patrimony that produces benefits and that it has some recipients among which the current King seems to be included. What Felipe VI may have wanted to say with this communication is that he renounces being a beneficiary «, she said. At the same time, Arroyo explained that in Spain it would have been impossible to start foundations like these, since the law requires that they allocate their assets for purposes of general interest not private interests.

The media also indicates that, suitably, Felipe VI renounced the inheritance in the midst of the coronavirus pandemic, despite the fact that he had knowledge of being a beneficiary of the offshore foundations of Juan Carlos I for a year, because that is when the ex-lover of his father, Corinna Larsen, transferred it to him. Larsen was the one who also revealed the information about the accounts full of millions of dollars that the «emeritus» has in tax havens.

“That happened on March 5, 2019. Almost a month later, on April 12, he signed an act before a notary, stating that he had informed his father that he would not accept any participation or benefit from the Lucum Foundation or in no other that is not «fully and strictly consistent with the law or with the criteria of transparency, integrity and exemplary that inform his institutional and private activity», he outlined

In the opinion of the jurist López Suárez, this act is also «a mere declaration of intent» since the repudiation of an inheritance, although it must be done before a notary in a public instrument, must be done once the opening of the succession takes place. This is, in the concrete case, once Juan Carlos I has died. From that moment, the declaration of will by which the inheritance is repudiated is irrevocable; but before that moment it lacks validity.

Mónica García Goldar, Doctor of Law and expert in successions, highlighted the fact that in the act there is no mention of the whole of the inheritance and only seems to renounce holdings that are not in line with «legality» and «transparency », despite the fact that in the statement made public by the Royal Household, the resignation is «to the inheritance (…) that may personally correspond to him» is alluded to.

Who pays the expenses of the crown?

The other point that draws attention is that Felipe VI announced that he leaves his father without his assignment from the General State Budgets.

Of the money that the King receives annually, which is eight million euros, the Monarch assigns a salary to each member of the family.

However, Felipe VI has other remunerations dedicated to him by the different ministries that support the machinery of the monarchy.

«For example, neither the mobile park (Transportation vehicles), nor the residences, nor the security of the members of the royal family are in charge of Felipe’s pocket, much less of Juan Carlos ‘salary’, but of Patrimony or the Ministry of the Interior», Vanitatis indicated.

The newspaper The New York Times created quite a stir in 2012 when it published that Juan Carlos’s fortune exceeded 1.8 billion euros (2.3 billion dollars).

After the new scandal, the newspaper said it remains «a secret» how he had amassed «his considerable personal wealth».

Other publications such as Forbes or Eurobusiness have also published articles mentioning the billions of their fortunes.

In Spain, an approximate figure has never been given, but in the face of the coronavirus pandemic, it was clear that the 100 million that he received from the Saudi Arabian commissions would serve to acquire 22 million masks to prevent the spread, cover the discard test of Covid-19 for almost 1.5 million citizens, and buy 6,500 respirators for hospitals, as revealed by Infolibre.

As for health professionals, a doctor in Spain charges an average of 4,416 euros gross per month, so the millions deposited in the account of the foundation linked to Juan Carlos de Borbón would serve to hire some 14,393 health workers during one month.

Despite the political marketing strategy applied by Felipe VI to try to save the Monarchy, the rejection of the Spanish people to the corruption of Juan Carlos and the royal family is already a cry of protest in the streets.