Operation Checkmate: How did China outwit the market by taking advantage of the coronavirus?

As the economies of the countries where the pandemic expands begin to sink, the Asian giant shows signs of an incipient recovery, which will surely consolidate as new cases decrease
Share 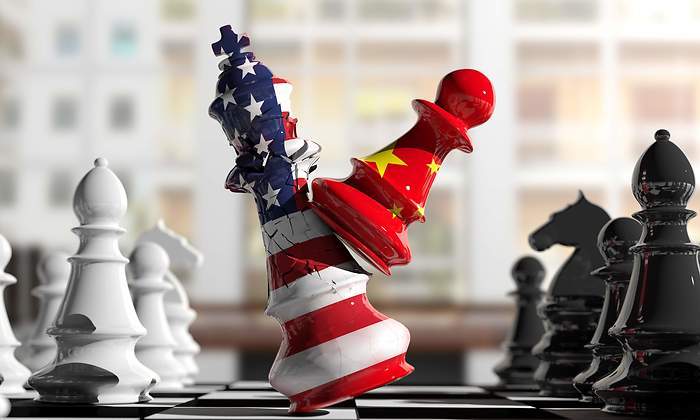 When it emerged that the outbreak of a new coronavirus had been reported in the Chinese city of Wuhan, the media and analysts did not hesitate to alert about the effects that the epidemic could have on the Asian giant’s economy.

The voices of doom indicated that the economic losses caused by COVID-19 could exceed those of the Severe Acute Respiratory Syndrome (SARS), which originated in China in 2003 and exceeded, at that time, the amount of $ 50 billion.

Kristalina Georgieva, managing director of the International Monetary Fund (IMF), warned that the growth in the world economy, estimated at 3.3% by 2020, could be cut down to a number between 0.1% and 0.2% by the coronavirus.

In the specific case of China, the productive apparatus has registered negative results. According to the National Statistics Office (ONE), industrial production plummeted in the first two months of 2020 to 13.5% inter-annual due to the general closure of factories, its worst drop since this variable began to be registered in the early 1990s.

On the other hand, the production of the manufacturing industry decreased 15.7%, while the production and supply of electricity, thermal energy, gas and water reported an inter-annual drop of 7.1%.

The pandemic is expected to be transient, to peak and then decrease, although it is impossible to predict when. In China it already has, but not in the rest of the world.

Just a month ago, the chances of a global recession were not certain, but the longer the virus persists and the paralysis of activities it causes, the more damaging its effect, as well as the possibility of prolonged economic volatility.

The key point will be how the world’s governments will try to mitigate the impact of the crisis. Some are expected to choose to cut interest rates to help businesses and individuals pay off debts and stimulate demand, while others are trying to tackle the impact through fiscal expansion.

China, the world’s leading manufacturing producer and the world’s largest growing power, had to carefully evaluate what strategy it could implement to tackle the effects of COVID-19.

Several international media have echoed the so-called «Operation Checkmate» applied by Chinese President Xi Jinping, to protect the economy of his country, and obtain benefits from a critical situation such as the coronavirus outbreak, which has left more than 80,000 people infected and 3,200 dead in the Asian country.

As reported by the California Media (California Medios) portal, given the market uncertainty, Beijing decided to buy around 30% of shares in companies that were in the hands of Western capital.

Due to the situation of the COVID-19 in Wuhan, the renminbi, the Chinese currency, began to decline, but the Central Bank of the Asian nation took no action to stop this collapse.

There were also many rumors that China did not have mouth caps or sufficient resources to combat the coronavirus, which, coupled with Xi Jinping’s decision to block the borders and maintain a siege on Wuhan, caused a sharp drop in share prices ( 44%) of companies in the areas of technology and chemistry.

«So, the ‘brainy’ and smart gringo sharks started selling all the Chinese shares, but nobody wanted to buy them until they were completely devalued», indicated the article.

«It was the opportune moment Xi Jinping awaited, to finalize his strategy, and he made the big move in an entire week, smiling only at press conferences as if nothing special had happened, and when the price fell below the allowed limit, He ordered to buy all the shares of Europeans and Americans at the same time”, highlighted the report.

At the completion of the move, the «financial sharks» realized that they had been duped and bankrupt, but it was too late, because all the actions had passed into the hands of China.

The Asian giant not only earned $ 2 billion, but also managed to become the majority shareholder of the companies, ahead of Europeans and Americans.

In this way, China became «the owner of the heavy industry on which the European Union and the United States depend, so from that moment, the Chinese Communist Party will set the price».
The income of these companies will not go outside the Chinese borders, but will remain in this nation, an important point to mitigate the effects of the coronavirus.

«Moral: There has never been such a big problem and such a brilliant move in the history of the Stock Market worldwide!», said analyst and economic expert Freddy Añez.

Measures to normalize the economy

Other measures taken by the Xi Jinping administration were aimed at preventing market volatility and restoring the performance of the economy, affected by the coronavirus pandemic, to normal.

Beijing is expected to inject 550 billion reminbi ($ 78 billion) into new funds within the financial sector.

That injection of liquidity will stabilize the environment and facilitate more favorable financial conditions, after the markets collapsed.

Also, some banks in which the Government and the private sector hold shares, may further reduce the Reserve Requirement Ratio (RRR) by one percentage point, reported Pueblo en Línea (People on Line).

“The timing of the RRR cuts may suggest that Beijing wants to use this tool to compensate the potential negative market environment. In the current situation, cutting the RRR is the best way to reduce real bank loan rates, as it can increase the supply of low-cost funds for banks and then increase credit, especially for small and medium-sized companies», explained Lu Ting, chief economist at the consulting firm Nomura Securities in China.

The People’s Bank of China is also expected to reduce to one year the reference deposit rate, and the loan facility rate from six months to one year. In addition, each one at 0.25% in the coming months.

“The Chinese monetary authorities will take additional steps to further reduce interest rates on loans to non-financial sectors, even if it means sacrificing part of the profits of commercial banks, to reduce the impact of the outbreak and accelerate the resumption of production”, said Sun Guofeng, head of the Monetary Policy Department of the People’s Bank of China.

«Liquidity will be maintained at a reasonably broad level, which will help reduce financing costs», said Lu Ting.

What will happen to Chinese companies?

While the economies of countries where the pandemic is expanding are beginning to sink, the Asian giant shows signs of an incipient recovery, which will surely consolidate as new cases decrease.

A recent study published by the Harvard Business Review highlights how Chinese companies, implementing lessons learned from previous crises, have managed to operate successfully in the current context.

“China appears to be in the early stages of an economic rebound, based on our analysis of data of the movement of people and goods, production and confidence. While this recovery could be vulnerable if a new wave of local infections arise, many Chinese companies have already moved from crisis response to recovery and post-recovery planning», revealed the study.

In fact, according to the latest official data, 95% of large companies and 60% of small and medium-sized companies have returned to operations outside of Hubei, the province where Wuham is located, the most affected city.