Ivan Simonovis: This is the criminal record of Guaidó’s ‘security commissioner’

The media presents Ivan Simonovis as a victim “of the Chavista regime”, a “political prisoner” and a “good family man”
Share 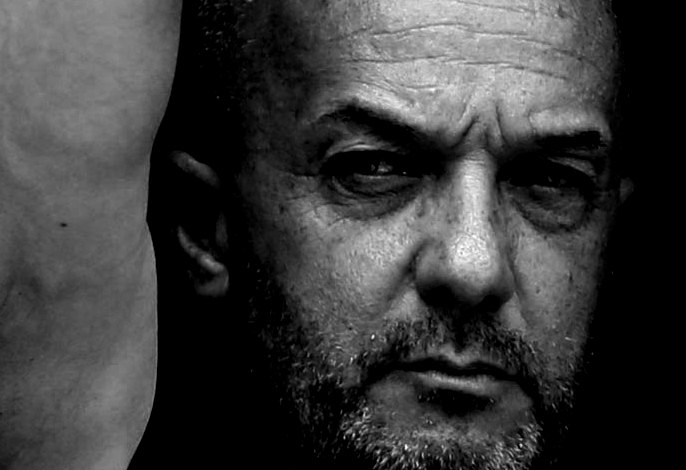 The media presents Ivan Simonovis as a victim “of the Chavista regime”, a “political prisoner” and a “good family man”. At the same time, they silence his crimes and, above all, his conviction as a murderer in Venezuela. His name is Iván Simonovis.

Simonovis was a police commissioner in Caracas. He is responsible for various violent strategies carried out by the extreme right for at least two decades. Now, he participates in Operation Boycott, created together with the Uribism from Colombia. His objective is to assassinate deputies, governors, relatives of high government officials and even the attorney general, Tarek William Saab.

His criminal record dates back to April 11, 2002. That day, at least 19 Venezuelans were vilely murdered in the streets of Caracas. The person responsible for that massacre, carried out in cold blood and in broad daylight, was Simonovis. At that time, he was head of security for the Caracas Metropolitan Mayor’s Office. Today, he claims to be ‘Special Commissioner for Security and Intelligence of the interim government of Venezuela’. In other words, today he is an invention of Juan Guaidó.

That council, now defunct, was managed by Alfredo Peña, a staunch opponent of the government of Hugo Chávez. The former mayor ended up a fugitive from justice, as he fled after those bloody events known in Venezuela as “The Llaguno Bridge Massacre” (La Masacre de Puente Llaguno).

Some of those murders were broadcasted live and direct on various private television stations. They all took advantage of the confidence of their captive viewers in their signals to blame the government of Hugo Chávez.

The events culminated in a coup, which 72 hours later was reversed by the Venezuelan people themselves. Behind each murdered person, there was a strategy that was devised, ordered and executed by the chief of the Metropolitan Police, Simonovis. He relied on mercenaries and snipers hired by the opposition, and in the false allegations disseminated by the private media.

Certainly, the graphic and audiovisual testimonies about the actions of the Metropolitan Police (PM) are extensive. The famous commissioner, before the massacre, was highly acclaimed by the media. They exalted his alleged “fight against crime” and the use of “sophisticated weapons” brought directly from the United States.

But in that “fight” against crime, Simonovis killed dozens of so-called “criminals”. For this reason, his actions during the massacre cast doubt on the veracity of his actions and thoughts. Investigators affirm that the casualties presented as a result of alleged confrontations with criminals were – instead – extrajudicial executions and false positives.

Simonovis was convicted of crimes against humanity and “grave and flagrant” human rights violations. He was also charged with leading an armed massacre against a peaceful demonstration. For all this, he was sentenced to serve the maximum penalty in Venezuela: 30 years in prison.

Along with him, two police officers under his charge were convicted of murder: Lázaro Forero and Henry Vivas, heads of the Metropolitan Police (PM). Likewise, six other police officers were also locked up for their complicity in the events.

Simonovis’s profile doesn’t exactly paint him as an honest and exemplary man. The image that the international media prone to Washington and US interests is trying to impose is false. The media presents him as a victim “of the Chavista regime”, a “political prisoner” and a “good family man.” At the same time, they silence his crimes and lies, but especially his conviction as a murderer and author of “The Llaguno Bridge Massacre” (La Masacre de Puente Llaguno).

Justice was slow in coming for Simonovis. Although his arrest occurred in 2004, it was in 2009 that he finally – after a long and tortuous judicial process – received the sentence.

The justice alleged that the police chief was guilty of “necessary complicity in the execution of a qualified, consummated, frustrated homicide; serious, very serious, less serious and minor injuries”. In that massacre, the 19 fatal victims participated in two marches. One was called by Chávez supporters and the other was called by the opposition.

The magnitude and seriousness of his conviction rests on the fact that the sentence imputes the “intellectual authorship” of the events. In other words, Simonovis planned everything that happened that day. This includes the actions carried out by his subordinates, who attacked the victims with weapons of war such as HK submachine guns and AR15 rifles, brought to Venezuela in an agreement that the PM entered into with the United States.

Guaidó rewards Simonovis for his murders

With that criminal record, today he is Juan Guaidó’s ‘Special Commissioner for Security and Intelligence’. That would be the highest position in the matter for the attempted parallel State that the ‘self-proclaimed’ one intends to create. For this, he even has the support of the outgoing US president, Donald Trump.

The announcement of the new position of Simonovis seeks to undermine the constitutional order and democracy in Venezuela. Along with the false “ambassador” of Guaidó in Washington, Carlos Vecchio, he is part of a group that has stolen billions of dollars from Venezuela. They have done so by usurping government functions, in complicity with Trump, the European Union and other servile Latin American governments.

The mission of the fugitive from justice is to work ‘in coordination’ with the Central Intelligence Agency (CIA) and the DEA. This US Anti-Drug Department was expelled from Venezuela by President Hugo Chávez (1999-2013), due to its links with the drug trafficking business.

Simonovis came to the United States after escaping from the house-to-jail status he had enjoyed for five years. The Venezuelan justice granted him that benefit because he supposedly suffered from “19 different pathologies” that affected his health. However, the images of Simonovis that are public, seem to make him look in pretty good shape.

Since his arrest, he managed to write an autobiography: “The Red Prisoner”, published in 2013. The alleged pathologies that ‘compromised his life’ were: carpal tunnel syndrome, herniated disc, neck pain, lumbar scoliosis, biliogastric reflux, among other. Some of them could be considered “normal” in a person his age: 59 years.

In the midst of his ‘house prison’ situation, Simonovis took advantage of the complicity of his custodians to escape from his house. Thus, he undertook his flight through Colombia until finally reaching Washington.

Guaidó himself informed the media that Simonovis had not escaped, but had been “freed” by him. There was complicity with custodians of the Bolivarian Intelligence Service (Sebin) and the deserter from the Armed Forces Manuel Cristopher Figuera, who also lives in the US capital.

For now, the crime of evasion and the complicity of Guaidó is another apex in Simonovis’ record, which he seems to want to expand. Likewise, this is another crime that the self-proclaimed ‘president’ adds to his own criminal record.

The seditious and criminal plan of Leopoldo López, Guaidó, Simonovis and other members of the extreme right continues. Now, the sights are set on getting the United States to finally decide to invade Venezuela. His greatest desire is to end the government of Nicolás Maduro, elected in 2013 and 2018. In short, Simonovis is already in action and one of his proposals is to activate a foreign military coalition within Venezuela.

Currently, the Supreme Court of Justice of Venezuela recently requested his extradition from the United States, for prosecution in Venezuelan territory. Simonovis is accused of the crimes of intentional homicide classified to a degree of frustration against Maduro, treason, illicit trafficking in weapons of war, terrorism and criminal association.

The day of “The Llaguno Bridge Massacre”

The Llaguno Bridge is an elevated vehicular crossing that is located on the Urdaneta avenue in Caracas. At about 200 meters from it, is the Miraflores Palace, headquarters of the Executive. Underneath, the bridge allows the passage of Baralt Avenue, an important road artery in the center of the capital.

The location of the bridge is strategic, as it is intersected with three corners of neighboring parishes. It was declared a Cultural Heritage of Venezuela on April 9, 2012, in honor of those who fell during the massacre and in commemoration of the 10 years of the event.

In the morning, on April 11, 2002, a massive demonstration of citizens opposed to Chávez gathered in front of the headquarters of Petróleos de Venezuela.

For hours, that mass of people received hateful messages against the Chavismo, broadcasted by the opposition ‘leaders’. The last of those spokesmen was the then secretary general of the Central de Trabajadores de Venezuela, Carlos Ortega. In the middle of his speech he announced: “Let’s not rule out that this mass, this human river goes to Miraflores” (Miraflores is the Presidential Palace in Caracas).

The call was accepted by the crowd that came out enraged to “get Chávez out of Miraflores”. There, in front of the Government Palace, there was a massive concentration in support of the president from early hours.

The members of the PM had the opportunity to stop the opposition march, one kilometer before the Chavista concentration. But, Simonovis’ plan was to create chaos and he ordered to let the opponents pass.

Once opponents and Chavistas were less than 100 meters away, the insults began. The stones came and went through the air and “detonations” began to be heard from the buildings located in the area. People killed by shots that went directly to their heads, fell from the Chavista march and from the opposition march.

The media broadcasted everything live, chaos was generalized and Chávez was blamed for those events. However, photojournalists and people recorded videos and took photos that left the necessary evidence to prove that the shots were the work of the PM and its snipers.

The idea was always to blame Chávez. Thus, they would justify the statements of members of the Military High Command who were aware of the plan. Their ultimate goal was to promote the resignation of President Chávez.

Chávez never resigned. He ended up kidnapped by a group of coup soldiers who took him to an island, the Orchila military base, located in eastern Venezuela.

During those hours, the coup plotters assumed power, eliminated State institutions and dismembered the democratic apparatus. Thus, they established a true de facto dictatorship, supported by the US Government and the leadership of the Catholic Church.

However, patriotic soldiers who were still inside Miraflores confronted the self-proclaimed government, headed by businessman Pedro Carmona Estanga. He swore himself in front of the media and a group of coup plotters who signed a document that accredited him as “head of State of a transitional government”.

In a few hours, the coup leaders were expelled from Miraflores, thanks to the patriotic military and a mass of people who surrounded the Government Palace and demanded the return of Chávez.

On April 13, Chávez was already back in Miraflores. Loyal military personnel and the conscientious people had returned him to power. The coup had failed.

But, amid the uncertainty of those days, many incidents and crimes against humanity were recorded. Most were executed by the Metropolitan Police led by Simonovis. In addition, leaders of the Chavismo movement were persecuted, captured and arrested and unjustly accused of the massacre. The coup plotters needed false positives to rid themselves of guilt, although they were ultimately unable to do so.

Those persecutions were also responsible for another fugitive from Venezuelan justice, Leopoldo López. At that time, he was the mayor of the Chacao municipality of the Miranda state, an operational center of the opposition. Today, he is the ‘boss’ of Juan Guaidó, whom he directs from the protection provided by the Kingdom of Spain.