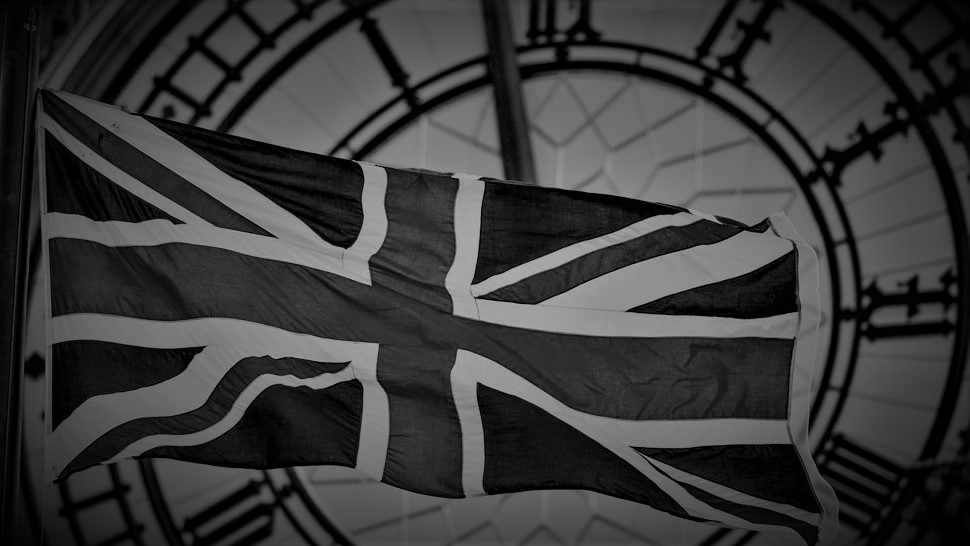 The United Kingdom has seized more than 30 tons of gold that belong to the Venezuelan people and its State. Likewise, it has spent some 760,000 pounds sterling – more than a million dollars – in a media operation against Venezuela. The operational headquarters of this plot is in Bogotá, the Colombian capital.

This was revealed this Wednesday by journalists Matt Kennard and John McEvoy, for the British media Declassified UK. According to the documents, the plan consists of “a journalism project” whose objective is to “influence” the Venezuelan “media agenda”.

The report was made public by the Venezuelan Foreign Minister, Jorge Arreaza, through his social networks. It detailed that a foundation financed by the British Chancellery “spends 750,000 pounds sterling on a secret program for the promotion of democracy” in Venezuela. “Britain seems to deepen efforts to eliminate the Maduro government”, the text states.

What is the controversial project?

“The United Kingdom starts a project that promotes investigative journalism in Latin America and that furtively covers Venezuela. Launched last summer, it is destined to ‘influence’ the Venezuelan media agenda”, emphasizes Declassified.

Furthermore, “it follows a long history of the British Government using journalism as a tool of influence. It raises suspicions that its objective is to help remove the president of the leftist government of Venezuela, Nicolás Maduro ”.

Declassified explains that the aforementioned foundation is Westminster for Democracy (WFD). This organization is mainly funded by the British Government and claims to act to “strengthen democracy” in Venezuela since 2016.

“WFD programs in Venezuela are shrouded in secrecy, due to apparent concerns about the safety of its staff. However, its in-country representative advertises its membership to the organization online. The British Government controversially recognizes the figure of the Venezuelan opposition, Juan Guaidó, as president. It also runs anti-government programs using the Conflict, Stability and Security Fund (CSSF). This initiative supports projects designed to address instability and prevent conflict interests of the United Kingdom”, adds Declassified.

“A platform to organize the media”

The report also highlights the objective of the new project based on ‘journalism’. The purpose is to create a “new platform that strengthens the organization of the media [sic] in the region”. In addition, “it seeks to provide journalists with a platform where they can collaborate and build regional stories”.

The program adds that those selected must demonstrate “an ability to bond with and ultimately influence the agendas of local and national media”.

But, they are warned that “the British Government, and its resources for the project, must not be expressly referred to or linked to the individual results of the project”.

Everything is run by the British embassy from Bogotá, which at the time noted that successful offers began in August 2020. Since then, no public update has been known. However, the Foreign Ministry told Declassified that there were “delays” due to the pandemic.

In the public announcement, applicants are advised to budget up to £250,000 for their projects. However, the Foreign Ministry told Declassified that “it is currently not possible to confirm what budget will be available for this project”.

Additionally, a Ministry spokesperson stated that “it is inaccurate to combine this call for tenders with the United Kingdom’s position on Venezuela, which has not changed. We want to see a democratic transition with free and fair elections”.

Colombia ‘lends itself’ as columnist

The article explains that the Conflict, Stability and Security Fund (CSSF) made a public call, in June 2020. The purpose was to respond to requests from journalists who sought to cover crime and corruption in Colombia, Peru and Panama.

He added that there was “the potential to cover related events in other neighboring countries”. The word ‘Venezuela’ did not appear. However, the CSSF documentation – released three days before the announcement – describes the same program with the addition of Venezuela in its title.

Venezuela’s furtive inclusion seems to reflect the reluctance of the British Foreign Office to publicize its increased involvement in Venezuela.

The summary of another program, again in Colombia, includes the recommendation to “involve” officials from the Ministry of Foreign Affairs “on options to develop CSSF programs in Venezuela”.

A September 2019 job announcement for a CSSF program manager in Lima, Peru, notes that the successful candidate will work “with colleagues in Colombia, Panama, and potentially Venezuela”.

In this regard, Declassified revealed that the CSSF has spent 450,000 pounds in the creation of an anti-government coalition against Venezuela. Once again, the project is focused on Colombia and started in 2019.

Declassified describes that the UK has long used the media to undermine foreign leaders. Also, political movements that it perceives as a threat to its commercial interests.

The media outlet adds that a secret Cold War propaganda unit called the Department of Investigation of Information (IRD) was recently investigated. From there, an attempt was made to prevent the Chilean socialist Salvador Allende from winning the presidential elections of 1964 and 1970.

The declassified files also reveal that during the Brazilian dictatorship (1964-1985), the IRD “assiduously cultivated” one of the main left-wing editors, Samuel Wainer. Although the unit was closed in 1977, Britain has continued to sponsor journalistic projects in Latin America.

Even in response to a request for freedom of information, the Foreign Ministry revealed that between 2016 and 2018 it financed several Venezuelan media. Among them are the Fundación Efecto Cocuyo, the Fe y Alegría Radio Institute and the National Union of Press Workers.

While receiving those funds, Efecto Cocuyo partnered with two British organizations: Bellingcat and Forensic Architecture. The object was to “request more evidence” about the confrontation in which Óscar Pérez was killed when he was a fugitive from Venezuelan justice.

In addition, they highlight that in July 2019, the editor of Efecto Cocuyo, Luz Mely Reyes, spoke at the “Global Conference for Media Freedom” event, in London. The then Foreign Secretary, Jeremy Hunt, said at the time that Reyes “defied the Maduro regime”. Of course, he never mentioned the website’s links to the British Government.

The United Kingdom’s link with Colombia

This London media plot appears to mimic that of the United States’ National Endowment for Democracy (NED). According to their accounts, the NED finances “freedom of information” projects in Venezuela. Its objective is to promote a “greater understanding of the secondary effects of Venezuelan corruption and criminal activity”. To do this, they assure that they will work with “investigative journalists and associated organizations”.

For example, a 2017 NED project, with a budget of $ 60,000, sought to “increase transparency and accountability in Venezuelan public procurement processes. In addition, it fostered collaboration with journalists from the region”. Among its beneficiaries, Reporters Without Borders stands out, a group that calls itself a fighter “for media freedom”.

Declassified adds that one of the two contact points at the British embassy in Bogotá is Claudia Castilla. This Colombian citizen was a Chevening scholar, London, funded by the British Government between 2017 and 2018.

“Castilla seems to be a strong supporter of the Venezuelan opposition. In February 2014 she wrote: ‘I think I fell in love with Leopoldo López’, referring to the right-wing leader. At that time, López, trained at Harvard, promoted street protests in his country (…), after Maduro won the presidential elections in April 2013″.

“From 2014 to 2015, Castilla worked as a research assistant for the Colombian chapter of Transparency International. There, she formulated
public policy recommendations”, explains Declassified.

From 2012 to 2013, Castilla worked for the Cerrejón Foundation, a charitable arm of the controversial Cerrejón coal mine. Three multinational mining companies listed in London participate in it.

Detailed expenses of the plot

Documents obtained by Declassified also show that the Westminster Foundation for Democracy has been running programs in Venezuela for years.

The WFD claims to be “the most effective organization sharing the UK’s democratic experience”. However, its operations are shrouded in secrecy. Venezuela hosts the only large-scale program and permanent office of the WFD in Latin America, since 2016.

Since then, the WFD has spent £ 760,680 (more than a million dollars), according to figures obtained by Declassified. The largest disbursement was 248,725 pounds, between 2017 and 2018. That time, the European Union announced a sanctions regime against Venezuela.

Alan Duncan, former Minister of State for the Americas, confessed in 2018 that the interest of the United Kingdom is “to reactivate the oil industry. It will be an essential element in any recovery and I imagine that companies like Shell and BP will want to be part of it”.

Ii also indicates that the WFD has two full-time employees in Venezuela. Meanwhile, the same body omits to apply similar programs in allied dictatorships such as Saudi Arabia, Oman, Bahrain or the United Arab Emirates.

The WFD told Declassified that they work “to strengthen democracy around the world”. To do this, they are funded by the United Kingdom, other partner governments and international organizations, such as the United Nations Development Program. With all this, they insist that they are “operationally independent”.

“The vast majority of WFD funding comes from the British Government. Through March 2020, it provided £ 11.4 million to the Foundation. Meanwhile, all other sources of income totaled 1.5 million”, explains the report.

How does the UK operate in Venezuela?

The WFD said that in Venezuela it works “with a variety of parliamentarians, civil society and academics”. However, it refused to reveal information about who its allies are. In its opinion, in this way it avoids “endangering the physical health or safety of those partners”.

In this regard, the representative of the WFD in Venezuela – unidentified in the report – publicly announces his position on his Linkedin profile. He also does it in his email and his phone number is available on WFD job postings.

In 2016, when its program began, the WFD published an article on the independent news site OpenDemocracy. It is signed in association with Daniel Fermín, a Venezuelan researcher.

The article asked: “Can the president of Venezuela be removed peacefully?” . In the next two years, OpenDemocracy received $ 99,661 (£ 74,131). This money was provided by the American analog of the WFD, the National Endowment for Democracy (NED).

According to a 2018 WFD post, its representative in Venezuela is expected to work with the British embassy. Likewise, he must “contribute to the development of future business opportunities in Venezuela”.

Declassified explains that the WFD says it “works on a cross-party basis” in Venezuela. “We seek to involve all sides of the political divide while supporting democratic institutions”.

In January 2019, after Guaidó had ‘proclaimed himself’, the WFD representative in Venezuela spoke. “Last year’s [sic] elections were a sham and therefore Maduro is a usurper”, he noted.

He also testified after USAID trucks tried to enter Venezuela through Colombia, with alleged humanitarian aid that was really weapons of war. “Non-intervention cannot be an absolute principle that does not consider other factors”, he emphasized.

He also appeared on April 30, 2019, when Guaidó launched an armed coup attempt in Caracas. That day, the WFD representative said that these actions “were not an assault on democracy, but the other way around”. On other occasions, he has described the ‘Chavismo’, referring to former President Hugo Chávez, as a “plague.”

The WFD board is appointed by the UK Foreign Secretary and is modeled after the NED. The Washington Post even describes the NED as the “father of open (US) operations.”

Since Chávez won in 1998, the NED has been the guiding hand in plans to overthrow the Venezuelan government. NED operations abroad receive independent scrutiny. But the WFD, which received £ 10 million in public funds in 2020, operates largely under media silence.