In a matter of days, the world went from celebrating the distribution of the first coronavirus vaccines to living a horror movie
Share 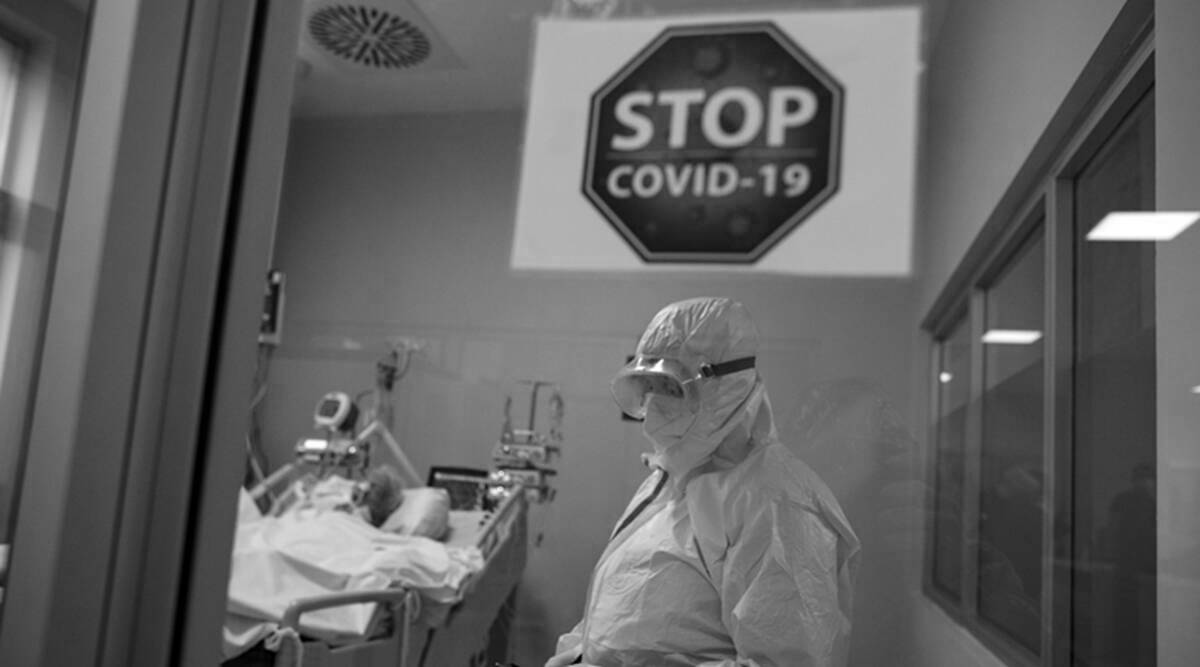 In a matter of days, the world went from celebrating the distribution of the first coronavirus vaccines to living a horror movie. It’s all due to the emergence of a new, more dangerous strain of SARS-CoV-2. The first cases were detected in the United Kingdom, but others have already appeared in Europe, India and Canada.

Weeks ago, the British Government announced that it detected a “new highly contagious variant of the virus” circulating in England. Its rapid spread in London and surrounding areas prompted Prime Minister Boris Johnson to impose stricter measures of confinement.

The variant was named ‘VUI – 202012/01’. According to the researchers, it has at least 17 mutation changes. Specifically, changes in the “spike protein” that can make the virus more infectious and spread more easily between people.

There are doubts about its origin. The BBC says that some believe that the variant arose in a patient from the United Kingdom. Meanwhile, others assure that it was imported from a country with less capacity to control coronavirus mutations.

In the end, the reality is that today the variant can be found in England, Scotland and Wales. Only in Northern Ireland there are no registered cases. Now, the vast majority reside in London, the South East and the East of England.

What is happening with this new strain

Viruses mutate all the time. Therefore, it is vital to keep a close focus on whether the behavior of the virus is changing. Why is this variant a concern? According to the BBC agency, three aspects that attract attention come together:

All three together create a variant that can be spread more easily. However, the scientists are seeking to determine whether the fact that London did not have strong restrictive measures significantly influenced that spread.

“Laboratory experiments are required. Do you want to wait weeks or months (to see results and take steps to limit the spread)? Probably not in these circumstances”, said Professor Nick Loman, from the Covid-19 Genomics UK Consortium.

The new strain was first detected in September. In November, about a quarter of the cases in London were of the new variant. Then the percentage reached almost two-thirds of the cases in mid-December.

According to premier Boris Johnson, the variant can be up to 70% more transmittable. That was determined by increasing the R factor – which indicates whether an epidemic is growing or decreasing – by 0.4.

Dr Erik Volz of the Imperial College of London declared this week: “It’s too soon to say that. But, from what we see so far, it grows very fast, faster than what the previous variant grew”.

“There is no precise figure for how much more infectious the variant can be. Scientists, whose work is not yet public, have told me figures much higher and much lower than 70%”, he said.

How far has it expanded

Data from Nextstrain, which monitors the genetic codes of viral samples around the world, suggests that the Australian cases come from the UK. In Europe, the variant appeared in Denmark, Belgium and the Netherlands, according to the World Health Organization (WHO).

Meanwhile, in South Africa, a similar variant was also identified that shares some of the same mutations. However, it might not be related to the British one. But now that the world knows how to look for the variant, it may appear in more countries.

In India, authorities confirmed the first six cases of the new British strain of coronavirus on Tuesday. They did so after analyzing some 33,000 passengers arriving from the UK between November 25 and December 23. That day was the day that the flights with this country (UK) were canceled.

A day earlier, on Monday, three cases of this strain were registered in South Korea, announced health authorities. The three people infected belong to the same family, that live in London and arrived in the Asian country on December 22, said the Korean Agency for Disease Control and Prevention (KDCA).

In Canada, two cases were confirmed on Saturday, December 26, just as a lockdown began to stop the advance of the pandemic. Those affected are a couple from Durham, southern Ontario, who have not traveled or been exposed to carriers of the virus. This particular case sets off alarms because it suggests that the new strain is already widely circulating in different countries.

How harmful is this variant?

The virus that was first detected in Wuhan, China, is not the same one found in most corners of the world. The D614G mutation emerged in Europe in February and became the globally dominant form of the virus.

Another variant, called A222V, spread across Europe and was linked to people’s summer holidays in Spain.

But what do we know about this new strain? The BBC agency states that the new variant of SARS-COV-2 could be up to 70% more transmissible than the previous one. In addition, in this first phase of its ‘appearance’, it mainly affects people in the age group of 30 to 60 years.

An initial analysis of the new variant identifies 17 potentially important alterations. A mutation called N501Y alters the most important part of the peak, known as the “receptor-binding domain”.

The other mutation, a H69 / V70 deletion, in which a small part of the ‘spike’ is removed, has emerged several times before, including the famous one in infected mink.

Professor Ravi Gupta, from the University of Cambridge, spoke to the BBC. The expert suggested that this mutation doubled infectivity in laboratory experiments. Additionally, it makes the antibodies in the survivors’ blood less effective in attacking the virus.

Where does it come from? Gupta argues that the most likely explanation is that the variant arose in a patient with a weakened immune system that was unable to defeat the virus. So his body became a breeding ground for the virus to mutate.

All three leading vaccines develop an immune response against the existing peak, which is why the question arises. These vaccines train the immune system to attack several different parts of the virus, so even though part of the ‘spike’ has mutated, the vaccines should still work.

Now, Gupta also makes clear that, “this virus is potentially on its way to escape the vaccine, it has taken the first steps towards that (…) If we let it add more mutations, then we should start to worry”.

Precisely, this may be the most worrying element of what is happening with the virus. The new variant is just the latest to show that the virus continues to adapt as it infects more people.

Professor David Robertson, from the University of Glasgow, stated that, “the virus will probably be able to generate mutations to escape the effects and scope of the vaccine”.

So if that happens, it would put humanity in a position similar to that of the common flu. Against the flu, vaccines should be updated periodically, every year in most cases.

Will the strain reach the most affected country?

As of Tuesday, the strain “has not been identified through sequencing efforts in the United States. However, only about 51,000 of the 17 million US cases have been sequenced”, reported the Centers for Disease Control (CDC).

“Given the small fraction of US infections that have been sequenced, the variant could already be in the United States without being detected”, added the institution.

In this regard, the epidemiologist Celine Gounder ensures that this new strain is already in the United States, because it has circulated in the United Kingdom for months. “The cat is out of the bag. It has spread to other places”.

It has ‘asymptomatic’ effects

For its part, the WHO issued an alert recalling that “most cases of COVID-19 in which this variant has been identified, have occurred in people under 60 years of age”.

The entity warns how dangerous the situation is, because when people are asymptomatic, they are generally under 60 years of age. So that may be the reason for its rapid spread, because those who have it do not know, and spread it.

Meanwhile, it also referred to the possibility that it infects children. “There is an indication that [the new strain] has a higher propensity to infect children”, said scientist Neil Ferguson, a member of the New and Emerging Respiratory Virus Threat Advisory Group (NERVTAG).

Given this, Gounder gave a recommendation. “We must focus on the things that we know will prevent the spread of this new variant. It’s simple, I mean everything that works against the spread of the coronavirus. “That’s masks and social distancing”.

How does this strain impact travel?

Until this Tuesday, at least 24 countries suspended all flights from the United Kingdom. Among the worst affected nations are Canada, Russia, Chile, Italy, Iran and Sweden.

As for airlines, British Airways, Delta Airlines and Virgin Atlantic have agreed to require passengers to be tested for COVID-19.They must do so before boarding planes from the UK to New York. However, health experts in the North American country warn that Americans should not travel.The reason they give is simple: new hospitalizations and deaths from COVID-19 are increasing and with this new strain it is very easy to infect loved ones without realizing it.