Refugee camps: a time bomb for the expansion of the coronavirus 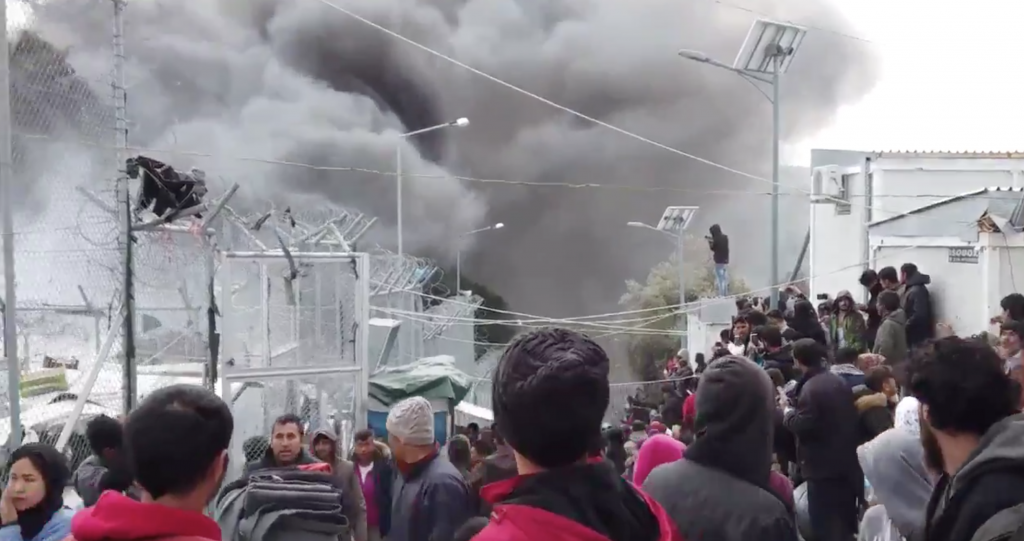 The spread of the COVID-19 coronavirus outbreak that started in China has already spread to hundreds of countries and turned into a pandemic. Around the world prevention and containment measures have been implemented to try to stop the contagion.

However, there are some more vulnerable groups, those that have fewer resources or are in a situation of inequality, such as refugees.

These millions of men, women and children who have fled their nations because of the armed conflicts and are being held in refugee camps.

The overcrowding and unhealthiness of these centers are risk factors for the spread of the coronavirus, which has already infected 215,000 people in more than 150 countries.

In this regard, the UN Refugee Agency (UNHCR) pointed out that although anyone can be infected, the best way to prevent the spread is to “allow everyone to have access to health services, including those who are most marginalized in the communities».

«All people in the world, including refugees, displaced persons and asylum seekers, must be able to access sanitary facilities and health services», said Filippo Grandi, United Nations (UN) High Commissioner for Refugees.

A video broadcast through social networks by UNHCR, raised the need to take action regarding the refugee camps, as these may be overcrowded or have weak health and sanitary systems.

In numbers, the agency puts at more than 70 million people who have had to leave their countries due to conflicts, violence and violation of human rights. Thus, more than 20 million are refugees and 84% are sheltered in low- or middle-income countries, which increases the risk of being in inhospitable living conditions.

For this reason, he insisted on the need for countries to respect the rights of refugees, who only seek security, in the event that measures are taken to prevent entry, exit and freedom of movement.

In the face of the pandemic, the eyes of the world are on Europe and, specifically, on Greece, whose islands have received hundreds of migrants and refugees by boat from Turkey in recent weeks, increasing pressure on migrant centers, which may be focus of contagion of the coronavirus.

The camps on those islands already have nearly 42,000 asylum seekers, although they were designed for approximately 6,000. The aid agency Doctors Without Borders (MSF), which works on the islands, says more than 14,000 of those migrants are children.

«Men, women and children live in horrible conditions in overcrowded centers, in constant fear and with very basic access to services such as toilets, showers and electricity», said Stephan Oberreit, head of mission for MSF in Greece, to the BBC.

Thousands of the millions of refugees in Turkey have tried to enter the European Union (EU) across the border with Greece, after Turkish President Recep Tayyip Erdogan announced in late February that he would stop preventing them from having access to the old continent.

The President claimed that the EU has not fulfilled its part of the 2016 migration agreement, nor has it made the effort to free Schengen visas for citizens of his own country, nor has it provided the 6,000 million euros promised to his government for aid projects to attend the 3.7 million refugees in his territory.

Faced with this decision, the Greek Prime Minister, the conservative Kyriakos Mitsotakis, responded by suspending the right of asylum for a month, trying to expel those who entered «irregularly» to his country.

Mitsokakis deployed riot police and border guards who, with brutal methods, have tried to prevent refugees from entering Hellenic territory.

The most alarming thing about the situation is that EU members decided to endorse Mitsotakis’ heavy-handed migration policy, regardless of the fate and conditions of the refugees, who are mostly Syrians, Iraqis and Afghans fleeing the violence and the conflicts in their countries.

The situation has become more serious after a case of coronavirus was confirmed in one of the refugee camps on the Greek island of Lesbos.

Médecins Sans Frontières warned that if the «terrible living conditions in crowded refugee camps» continue, this will increase the risk of the outbreak spreading.

Adequate sanitation services and access to basic medical services are lacking in these camps, while the islands’ hospitals have very limited capacity for care.

«In centers such as Moria, where more than 20,000 people, including many minors, survive poorly, it is almost impossible to maintain the recommended safety distance to prevent the spread of the coronavirus», reported the spanish newspaper La Vanguardia.

The refugee camp located on the island of Lesbos faces an absolute lack of means to deal with the pandemic due to the abandonment of Greek institutions and the departure of different organizations that were there to attend the refugees.

Most migrants are already in a weakened and vulnerable physical state due to their dire living conditions and have very limited access to basic medical care.

Faced with institutional passivity to improve hygiene conditions or distribute essential sanitary materials, a group of refugee women are making hundreds of face masks with fabrics and sewing machines obtained from other organizations and volunteer personnel to distribute among residents, reported El Salto Diario.

Faced with this scenario, ‘Doctors Without Borders’ demanded that Athens immediately evacuate the Moria refugee camp and transfer the refugees to the mainland.

The Greek government’s response was swift and, far from trying to reduce overcrowding, improve sanitation, or allow their departure, it announced the strict limitation on the entry and exit of refugees and camp personnel, including the construction of a new enclosure (fence) around them, reinforcing their situation of confinement and isolation.

The Ministry of Migration, reported in a statement, the cancellation of visits to the refugee camps, a medical examination for each newcomer, the daily disinfection of all common spaces and the suspension of activities in closed spaces.

In addition, it instructed the refugees not to leave the camps if it is not essential.

The Greek Government is also evaluating the possibility of distributing food in the registration camps of the Aegean Islands only once a day to avoid contacts.

The worst humanitarian disaster in Europe

In the face of this scenario, Oxfam Intermón and the Greek Council for Refugees describe the refugee camps on the Greek islands as «the worst humanitarian disaster in Europe»

Therefore, both organizations warn that leaving thousands of refugees trapped in these centers in unhealthy and unsafe conditions, «is not only a violation of Human Rights, but also opens the possibility of a devastating health crisis if the Covid-19 arrives to these camps». This is why they request their «inmediate» evacuation to the mainland.

«This is a humanitarian crisis of people fleeing violence, persecution and war (…) The current situation is a direct consequence of the EU-Turkey agreement, which turned people in need of security and dignity into political bargaining chips», lamented Spyros-Vlad Oikonomou, spokesman for the Greek Council.

He also denounced that human rights have been «in second place against the political benefit», which «is an unacceptable violation of both International and EU Law».

The most critical thing is that the petty action of the partners of the European Union is not limited to refugees, but includes countries from the Old Continent.

Aleksandar Vucic, President of Serbia (a country that aspires to be part of the Euro group), charged against the medical export restrictions imposed by the Twenty-seven due to the coronavirus pandemic.

“I sent a letter and I had high expectations and they were not met. As you know, we have been vetoed as recipients of medical supplies. I have asked my friend, brother, Xi Jinping for help. For the EU we are not good enough ”, stated Vucic. 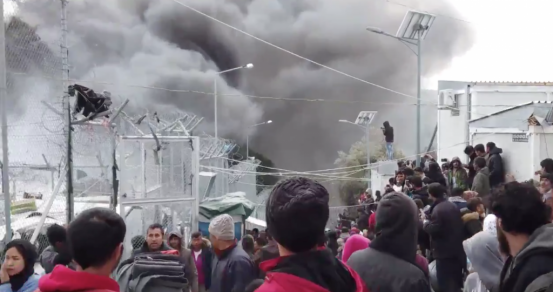